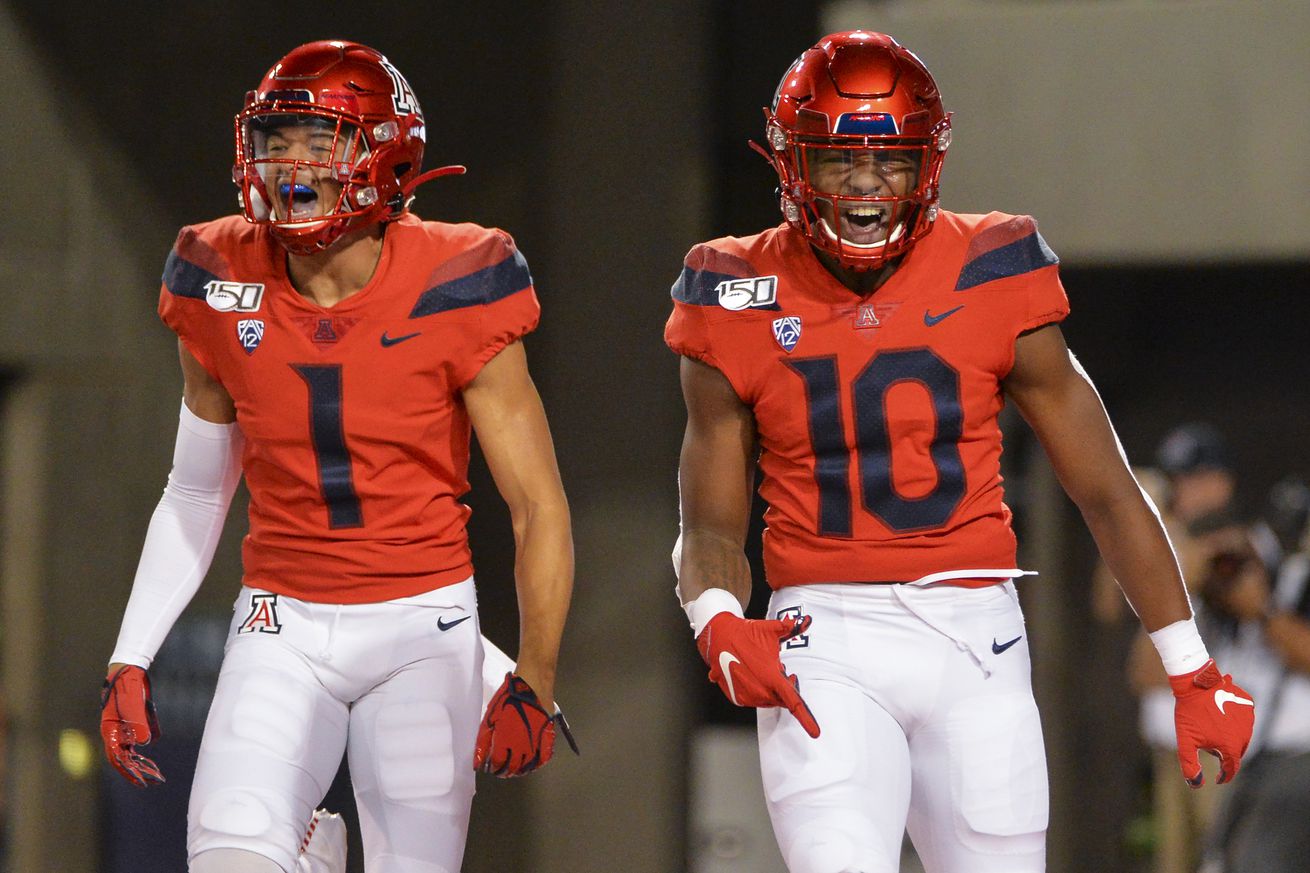 This is the third in a series of reports in which we try to determine if the Arizona Wildcats’ position groups are in strong, stable, unstable, serious or critical condition heading into the fall. Next up: Wide Receivers.

Pass catchers will enjoy consistency in 2020, as Grant Gunnell will be their guy, no longer having to endure the quarterback controversy of last year.

Joiner will lead the bunch after topping the stat sheet in receiving yards (552) and touchdowns (5) last season. Unfortunately he’s coming off a broken foot, which didn’t set him further back from his teammates due to the shorted spring ball. But it adds a question mark as to whether he can return to full strength, make his breaks and keep his speed without playing through pain.

The speedy Cunningham appeared to be one of Noel Mazzone’s favorite pieces to work with, as he was among the leaders in targets and second in receptions.

When talking about leaders in receptions for 2019, Brian Casteel probably would have been my fourth guess. But he quietly led the group with 45 (10 more than Cunningham) and three touchdowns.

For years we waited for Tony Ellison and Cedric Peterson to step up and break out and perhaps this is where we see Casteel make a big leap forward. Injuries held him back early, he transformed his body a little bit and made big contributions last season. I think there should be some more optimism surrounding Casteel.

Berryhill has been a consistent piece, Thomas Reid III has has a nice role and the big bodied Drew Dixon has started to earn more reps and progress. Along with Casteel, I think Dixon has a shot to really make a jump this season.

The rest of the group is filled with young, unproven depth once you leave the returning starters.

The hope is that former four-star Jalen Curry turns it up this season after dealing with a nagging injury in his first season. Arizona desperately needs to hit on a four-year recruit and Curry has all the talent to become an All-Pac-12 receiver. His long history with Gunnell is a big plus.

He’s slept on a little, but provided that Jaden Mitchell is still healthy, he could shine if he gets his shot. We’re still waiting on the development of Zach Williams and Tre Adams, two huge targets that have yet to really see the field. Jalen Johnson has huge upside as a long, speedy target.

There is an X-factor that Arizona gets in Oregon grad transfer Brendan Schooler. He had a lot of solid production for the Ducks and will look to be a much-needed veteran receiver for Gunnell. He could easily be a 30-reception, 500-yard guy.

Arizona has not hit on receivers early in recruiting over the last few years. It’s totally possible that Dyelan Miller and Majon Wright earn a role early, but I think it’s a bit early to bank on them contributing.

When breaking down the wide receiver group there is a lot of “could” and “if” that makes it hard to say there is a strong core of receivers. It’s probably not a top half unit compared to the Pac-12, but it’s a group that should be able to do some damage with Gunnell slinging it and creating opportunities.