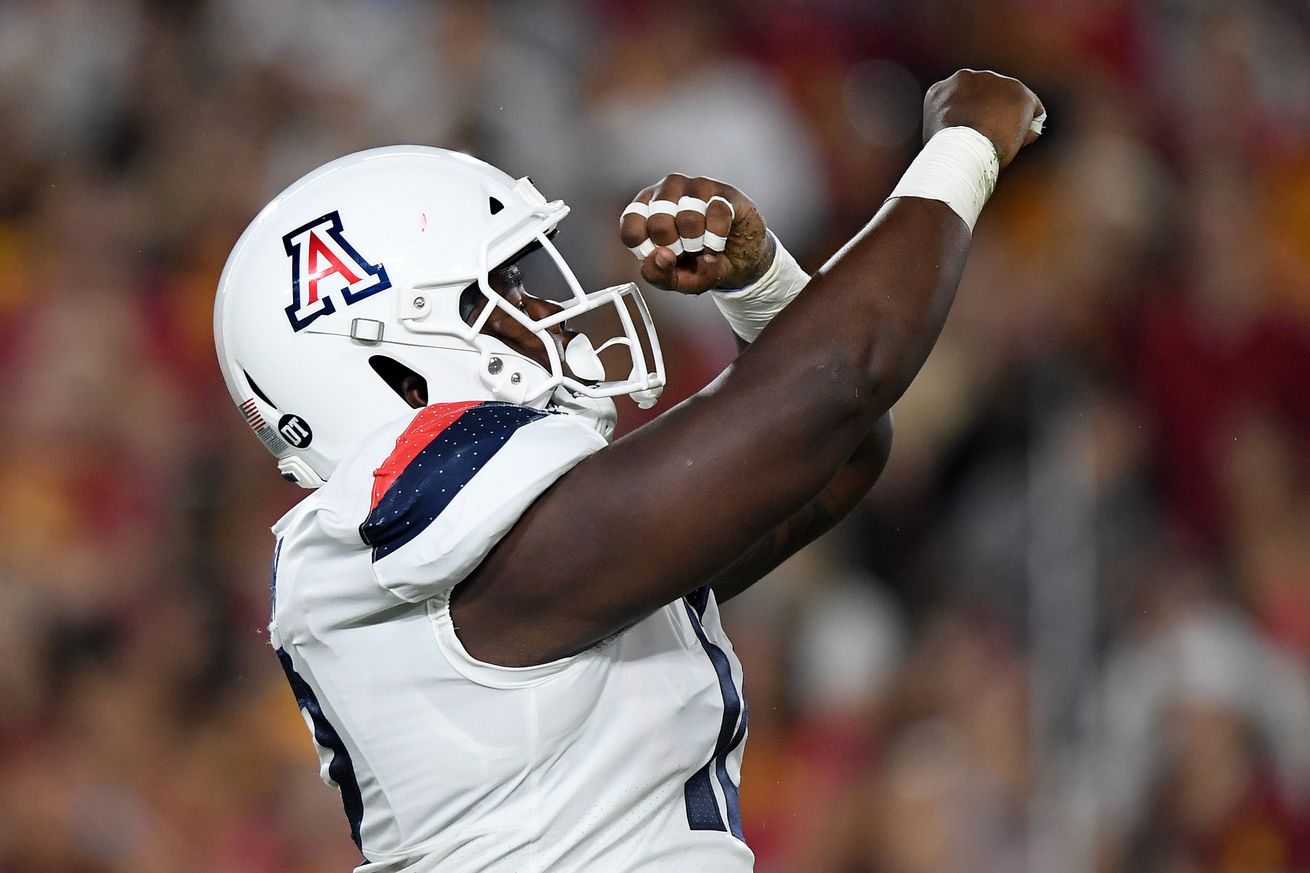 Welcome to our new series in which we try to determine if the Arizona Wildcats’ position groups are in strong, stable, unstable, serious, or critical condition heading into fall camp. Next up is the defensive line.

Arizona has some solid projected starters, but after that is where things get shaky. The defensive line depth hasn’t been great over the last five years and it’s still quite not where it needs to be.

JB Brown has been an under-appreciated and versatile piece. Trevon Mason has been very effective and versatile himself. And Kevin Sumlin hit an absolute home run with Kyon Barrs well after National Signing Day just over a year ago.

After that, there’s not a lot of production coming from the subs. A few have worked their way into certain situations, but none have shown incredible promise yet.

There have been moments where Jalen Cochran, Nahe Sulunga and Mykee Irving have been in the rotation, but you’d like to try to get more production. Sulunga has an immense amount of upside and Irving is now on his second stint on the defensive side of the line after shifting to the offensive line last spring.

Issaiah Johnson hasn’t quite had much chance to see the field in his two years and Kwabena Watson took a redshirt to start his career after appearing in just two games in 2019.

Myles Tapusoa was expected to be a plug-and-play fix at nose guard but things just didn’t seem to work out that way. Perhaps that triggered the pursuit of New Mexico grad transfer Aaron Blackwell, who has an injury history but could provide relief as the staff waits for several of the newcomers to develop.

Arizona absolutely loaded up on defensive linemen in this last cycle, adding four high school prospects to the mix.

While a few of them are raw, mainly Shontrail Key and Paris Shand, the upside is massive considering they are both 6-foot-5 and around 250 pounds. I don’t see either of them breaking into a role this fall like we saw with Barrs, though, so a redshirt year seems likely.

This position group is waiting for someone to step up. There’s a lot of hope placed in guys who have not had very many snaps. It’s a two-deep where I’m not very confident once you get into that second unit. Luckily the 3-4 can mask the lack of depth, but the problem is you need to get a lot out of your three that you have.

I love Brown, Barrs and Mason, with Blackwell providing some depth. But I just don’t see anyone in the reserves or a true freshmen making a huge leap. I think Arizona is still a year, maybe two, away from getting this position right. To no fault of the staff, they’ve addressed the issue as seen with the newcomers, but now they just need some time.