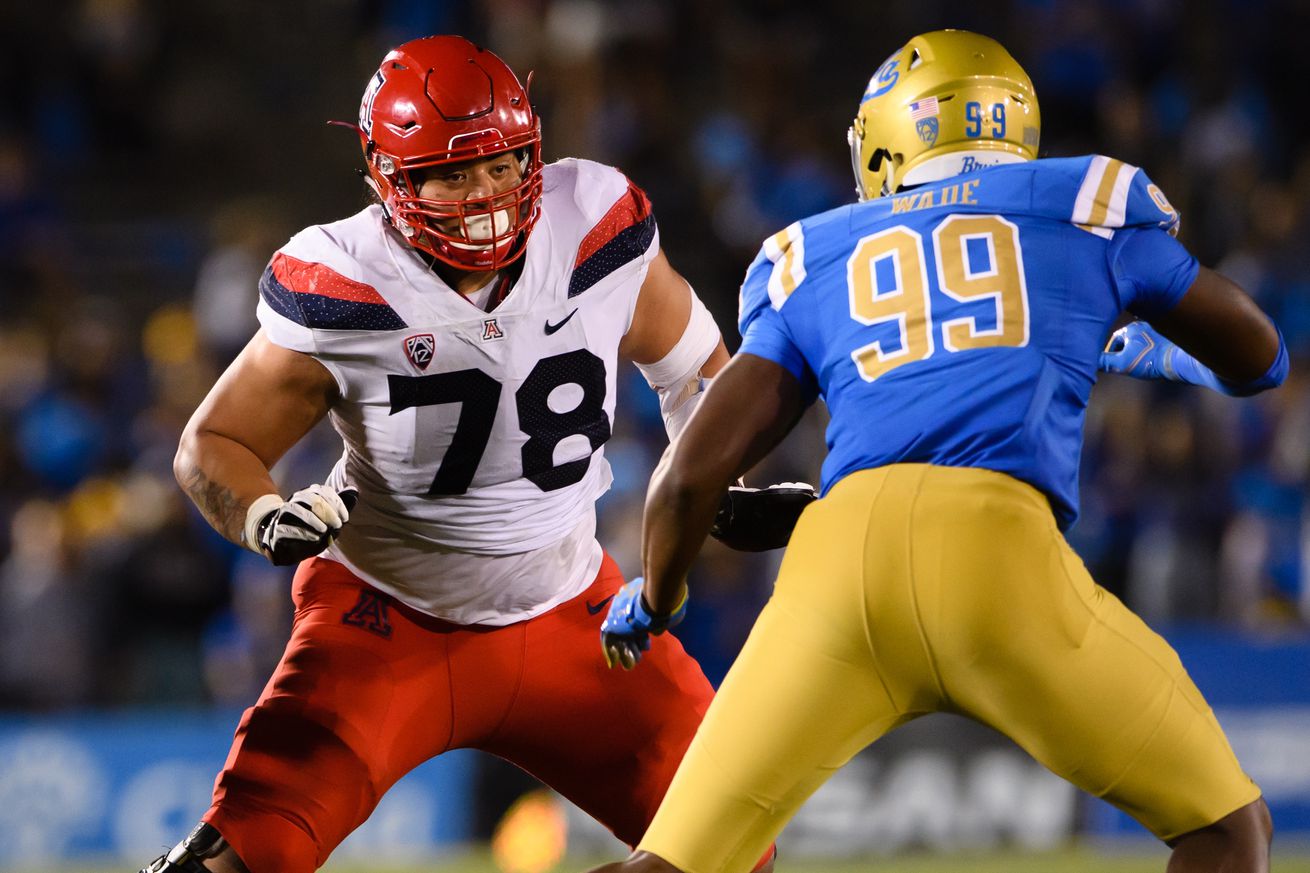 Welcome to our new (but also old) series in which we try to determine if the Arizona Wildcats’ position groups are in strong, stable, unstable, serious, or critical condition heading into fall camp. First up is the offensive line.

Kevin Sumlin doesn’t get enough credit for completely restocking the offensive line in his two years here. Arizona was running extremely thin at the position for a long while, but now suddenly have 16 scholarship linemen ready for second-year coach Kyle DeVan.

What makes it even more comforting is the fact that many have experienced valuable reps during Pac-12 play. Arizona was ravaged last season with injuries and there was a lot of shuffling, which called for a handful of guys to fill in whether they were ready or not.

Arizona now returns seven members who had started multiple games last season. The staff also brings in a handful of additions this offseason, with four high school prospects, a junior college transfer in Sam Langi and a D2 transfer in Matthew Stefanski.

Junior college transfer Josh Donovan started one game at right guard last season, which at least gives him an upper hand. But I wouldn’t be surprised if Langi makes a run for the starting spot. The door is also open for a a backup or newcomer.

Right tackle is where things get interesting. Edgar Burrola and Paiton Fears each split time at the position, with Burrola holding seven starts to Fears’ four.

But DeVan will also have to consider the promising Jordan Morgan, who played a fair amount for being a very raw freshman. He projects best as a tackle, but with Laie occupying the left side, it will make for a very complicated three-way battle on the right side.

Do you go with Burrola who started a majority of the season or continue to develop one of the most promising prospects on Arizona’s roster in Morgan? That’s a tough situation to handle that I’m thankful I don’t have to deal with.

I am very bullish on this position. The position group is as deep as it’s been in years and it’s filled with a strong mix of experience across multiple positions and talented newcomers. The key is always health, but Arizona’s two-deep should actually be pretty reassuring. Even if Arizona is hit with as many injuries as they did last year, I still feel good about the group.