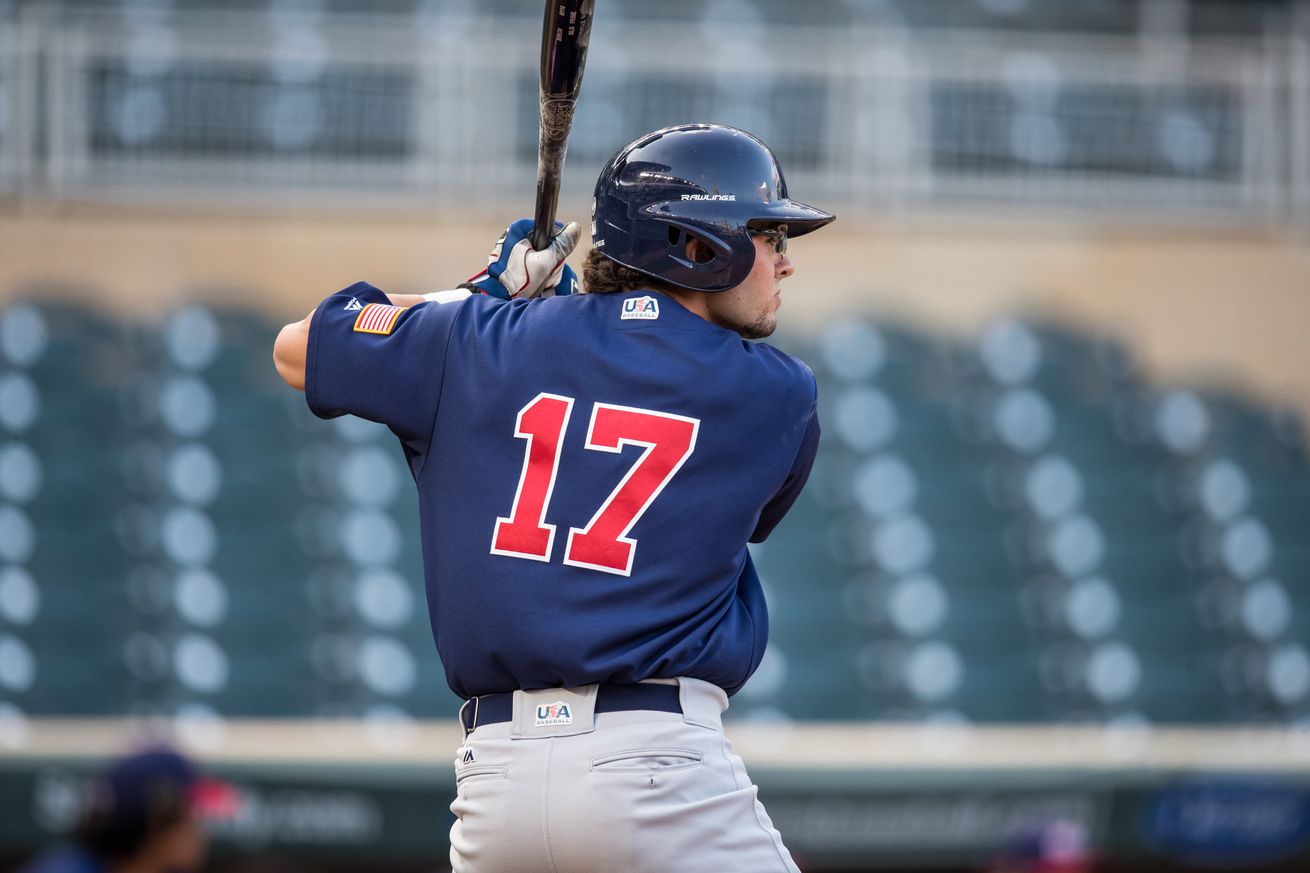 Arizona Wildcats catcher Austin Wells could become the first UA player drafted in the MLB Draft first round since 2015 if things go his way Wednesday night.

Even if Wells slips beyond the first round, he’s all but assured to be one of 160 players picked in this year’s shortened five-round draft.

Wells, who batted .375 in 15 games as a sophomore, earned Second-Team All-American honors from Collegiate Baseball. His power at the plate—five home runs and 60 RBIs as a freshman—makes him one of the top slugger prospects in this year’s draft pool.

Wells is a draft-eligible sophomore, as he’ll turn 21 in July, and is likely to go in the top two rounds as a bat despite the lack of a clear position for him in pro ball. He’s a below-average defender and already big enough that he might outgrow the position, but either way scouts don’t give him any chance to stay back there.

He can hit, though—.357/.476/.560 in a year-plus for the Wildcats, .308/.389/.526 on the Cape last summer—with a pull-oriented approach, although he’s a good enough hitter to use the whole field. That’s probably enough to make him a top-two rounds pick this year, especially given scouts’ confidence that he’ll hit and hit for power in pro ball, even if he has no current position.

Law ranks Wells as the No. 44 prospect in his MLB Draft Big Board. Here is where Wells stands in other mock drafts and big boards:

The consensus puts Wells as a late first round to early/mid second round pick.