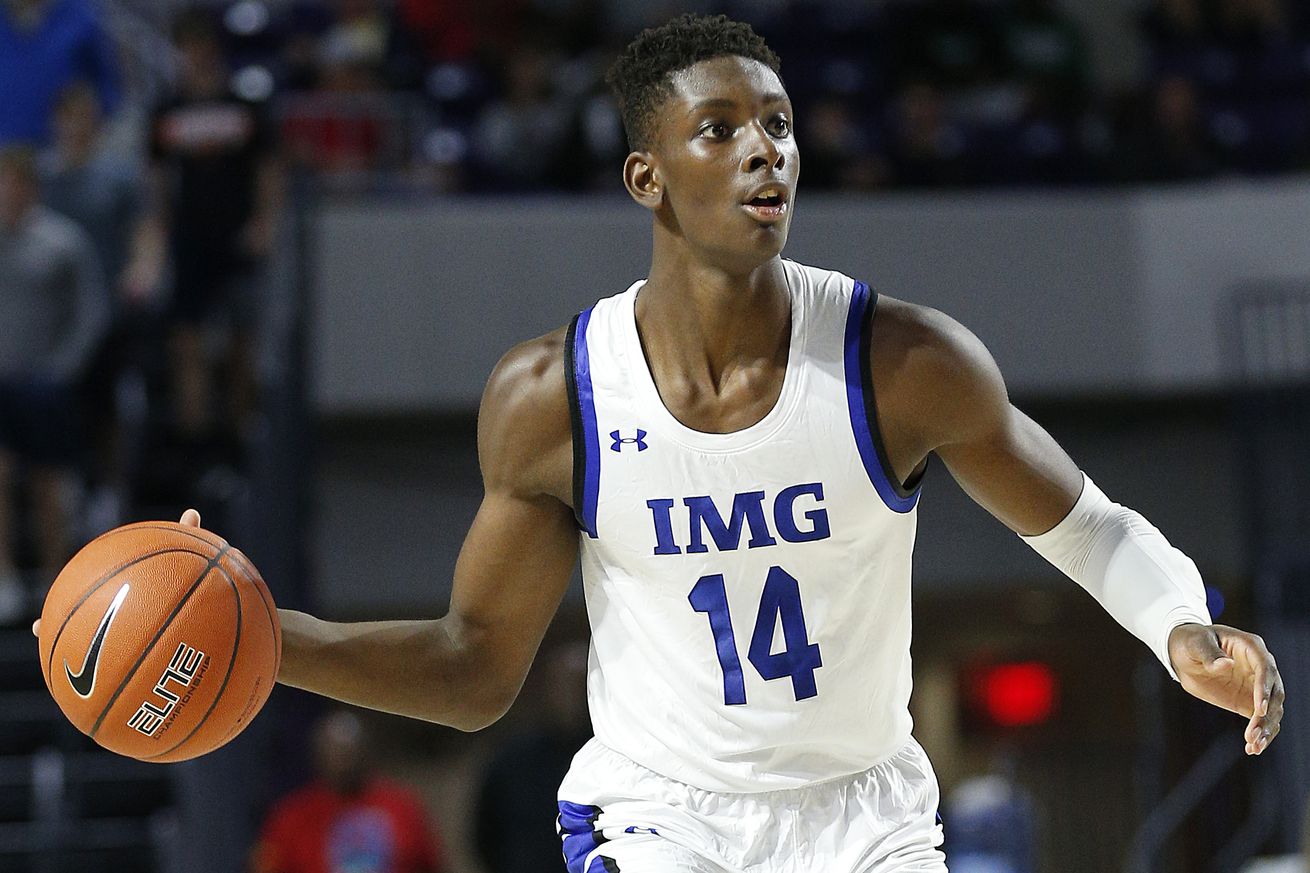 After landing K.J. Simpson to kick off the 2021 recruiting cycle, the Arizona Wildcats have seen two of their top targets—Jahmai Mashack (Tennessee) and Ben Gregg (Gonzaga)—commit elsewhere.

Arizona’s 2021 class could be smaller than usual, as Terrell Brown and Ira Lee are their only two seniors and they don’t have any surefire one-and-dones, but there’s still plenty of work to do on the recruiting trail.

So…who will be the next prospect to commit to the Wildcats? Here’s a list of some names to watch for.

Note that five-star prospects Jaden Hardy (Kentucky) and Nathan Bittle (Oregon) are considered strong leans away from Arizona and, thus, are not on this list.

Where is he ranked? Nowell is the No. 81 player and No. 17 shooting guard in the country, per 247Sports composite rankings.

Where does he go to school? Eastside Catholic in Sammamish, Washington.

Who is in the running? Nowell hasn’t released a list of finalists, but also holds offers from Oklahoma, Washington, Washington State, Montana, Montana State.

Any favorites? One Crystal Ball and one FutureCast prediction has been submitted, and both have Nowell picking the Wildcats.

Commitment date? No date yet.

Decision factors: “What will play into my decision is location, what can the coaching staff do to put me in the best situation to improve and eventually get drafted. Also, opportunity for playing time and who will be my teammates. Luckily I have a brother that has been through the college process and currently going through the NBA process. It’s a blessing because it has increased my knowledge on how to approach each of these factors.” — Nowell via EndlessMotor.net.

What kind of player is he? “I believe the strongest parts of my game are the ability to create for myself and teammates, finishing around the rim, my pull-up, getting downhill in transition and being a player with a high IQ. Also, a great defender that will pick up full court and guard 1-4.” — Nowell via EndlessMotor.net.

Where is he ranked? Holmes is the No. 35 player and No. 10 power forward in the country, per 247Sports composite rankings.

Where does he go to school? Monteverde Academy in Florida. Before that, he attended Millennium High School in Goodyear, Arizona.

Who is in the running? Holmes hasn’t released a list of finalists, but Rivals’ Corey Evans says Arizona, Kansas, USC, Marquette, Notre Dame and Arkansas are the top contenders.

Any favorites? Evans ranked Arizona as the most likely destination: “Arizona will say goodbye to Ira Lee after the season and would love to not have to look too far to replace the four-year contributor in Tucson. Sure, Holmes will be taking his talents to Florida’s Montverde Academy for his senior season, but Sean Miller had no issues bringing Josh Green back home after Green completed his own prep career in the Sunshine State. Holmes has been one of Miller’s targets over the years and Arizona has been one of the best programs in America at keeping homegrown talent in-state.”

Commitment date? No date yet.

What has he said about Arizona? “What stands out when I go to U of A is they get people to the NBA. That’s big, Sean Miller is excellent, they run really fast which fits my game pretty well.” — via Yahoo!

Decision factors: “Just where I will fit in well and I can play my role really well with the team,” said Holmes of what he’s looking for. “Also where I can develop and have a great relationship with the team and the coaching staff.” — also via Yahoo!

What kind of player is he?: “Holmes is a versatile post with pretty good size for the position and okay length. He has gained a significant amount of strength throughout his high school career and isn’t maxed out yet but has a strong, chiseled frame. Holmes is most comfortable as a scorer facing the basket and has a legitimate threat shooting off the bounce. He can improve his efficiency with better shot selection but can hit occasional shots from the perimeter as well. Has physical tools to better with back to basket. Rebounds well for position. Somewhat in-between four and five on defense but has chance to guard either position. Projects as high major starter.” — 247Sports scouting report.

Where is he ranked? Dunn is the No. 78 player and No. 16 shooting guard in the country, per 247Sports composite rankings.

Who is in the running? Arizona, North Carolina, Clemson, Louisville, Texas, Georgia, and Vanderbilt.

Any favorites? One Crystal Ball prediction has him going to Vanderbilt. Two FutureCasts have him going to North Carolina.

Commitment date? As early as September.

What has he said about Arizona? “That’s my hometown, and Coach (Sean) Miller and them, they just want the hometown kid back and think I’d do really well representing,” (via Jamie Shaw).

What kind of player is he? “I describe my game as smooth. In terms of my comparison, you can say Damian Lillard just in terms of how I shoot the ball; I think I shoot the ball very well. Some people say Ray Allen with how I spot up and use my legs. Just trying to take stuff from everybody.” — Dunn via Sports Illustrated.

Where is he ranked? The No. 1 JuCo player in the country, per 247Sports

Where does he go to school? John Logan College in Carterville, Illinois, but he is originally from Hopkinsville, Kentucky.

Who is in the running? Sharp has offers from Arizona, Oregon and Cincinnati.

Any favorites? Not yet.

What kind of player is he? “7-foot-3 with a standing 9-foot-6 reach. If you are looking for a rim protector look no further than John Logan College center Jamarion Sharp. … Sharp is still somewhat raw but his game is progressing quickly.” — Bearcat Journal

Where is he ranked? Diabate is the No. 19 player and No. 5 power forward in the country, per 247Sports composite rankings.

Where does he go to school? IMG Academy in Bradenton, Florida. Originally from France, he has also attended DME Academy in Daytona Beach and Florida Preparatory Academy in Melbourne.

Who is in the running? Diabate has offers from Arizona, Arkansas, Alabama, Memphis, Michigan, Florida State, Kentucky, and Oregon among others.

Any favorites? Not yet.

What kind of player is he? “Long arms at 6-9. Energetic athlete who plays with aggression and a competitive edge. Thrives on contact and has an unorthodox style that is physically intimidating. High level rebounder who goes out of his area to pursue the ball. Very limited shooting range. Not uncomfortable with the ball but not a playmaker. A versatile and adept defender. Quality shot blocker. Has great potential as a high energy defender, rebounder type.” — 247Sports scouting report.