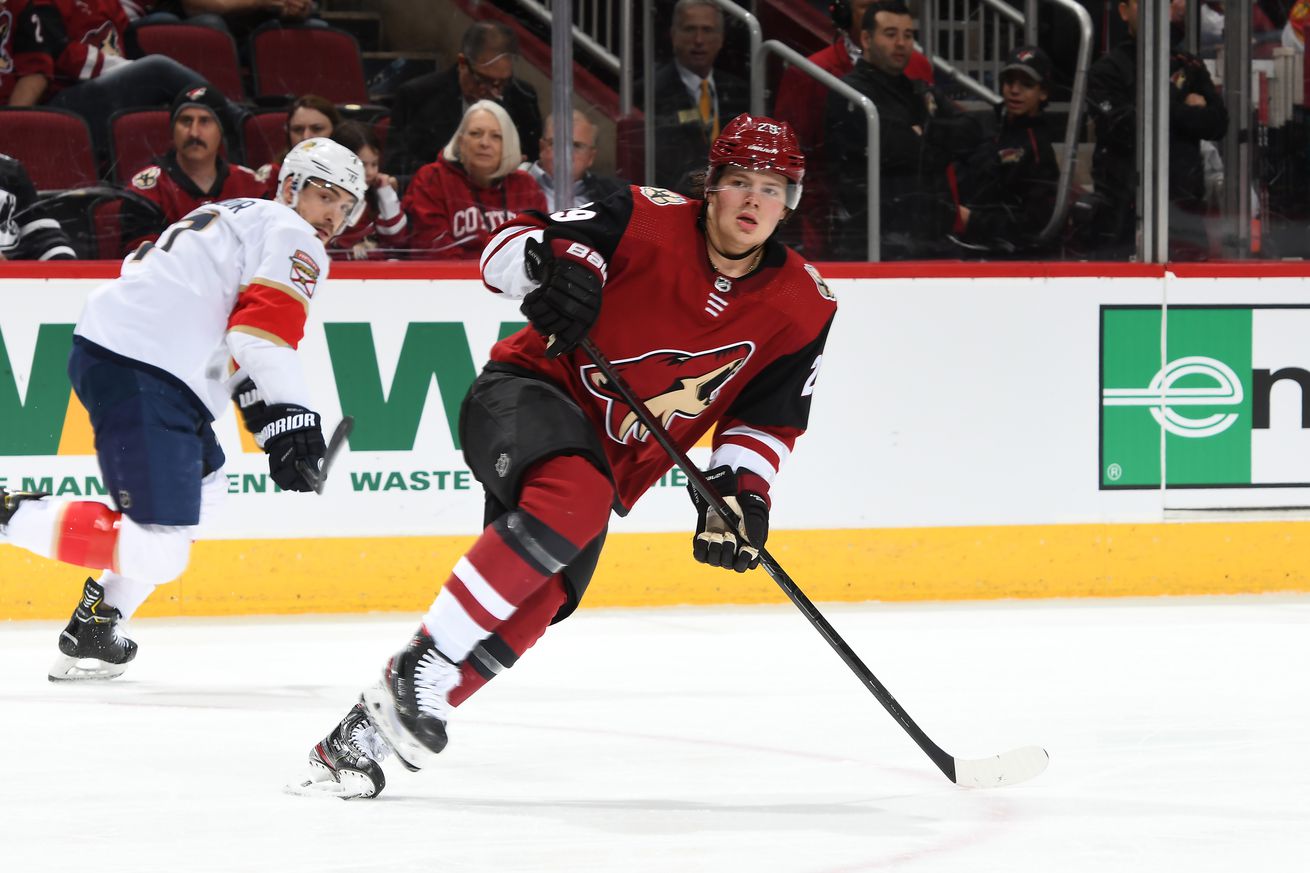 Examining the 2018 Draft Class and seeing how they have progressed in their development.

Every season some players are stuck in the middle. They are too good for Juniors, not good enough for full-time in the NHL, and too young for the AHL. That was the case this past season with the Arizona Coyotes and Barrett Hayton.

Hayton had a good offseason and training camp and was able to make the team out of training camp. He wasn’t getting consistent ice time, but he soon played in enough games to burn the first year of his entry-level contract.

The team decided to keep Hayton around, giving him time to practice at the NHL level and travel with the team, while making sure he would be available for the World Juniors. It wasn’t an ideal situation, but it seemed like the best option.

Barrett Hayton would captain Team Canada to a gold medal. He would finish second in the tournament in points and was a major piece of Canada’s success.

At one point he sustained a shoulder injury that looked like it may sideline him for the gold medal game. There was real concern that the team would be worse off without him, but he managed to play and had a goal in Canada’s 4-3 win.

Hayton’s time at the tournament would earn him praise. Corey Pronman for The Athletic wrote:

Hayton is so skilled and smart, and he was able to make unique plays on the ice offensively. He also featured a top-end shot I hadn’t seen much of before. His footspeed still doesn’t wow, but it’s really the only hole in his skill set, as he’s a competitive 200-foot player with elite offensive touch.

Hayton would eventually get to spend some time with the Roadrunners after healing from his shoulder injury, playing five games on a conditioning stint. He was a point-a-game with the Roadrunners, just further highlighting that his development probably would be better if he was able to spend the full season in Tucson.

For Hayton to get better he is going to need to play games, it is as simple as that. He wasn’t able to do that this past season, but that shouldn’t be an issue moving forward.

Hayton would see some action with the Coyotes in the playoffs. He was limited to just three games and was held pointless. But playoff experience is always going to benefit a young player.

So what is next for the Arizona Coyotes and Barrett Hayton? The Coyotes have been in dire need of a first-line center who can lead the team’s offense. Barrett Hayton is going to take time to develop, and the team shouldn’t rush him, but they are counting on him being that center.

The team being stripped by the NHL of this year’s second-round and next year’s first-round pick makes the situation all the direr. They don’t have too much in the pipeline, and they likely aren’t going to be getting much help in the near future.

Hayton is likely going to get to spend a year with the Tucson Roadrunners and adjust to the professional game. It is a big leap and it can take time for players to get there. Hopefully, not too much time though.