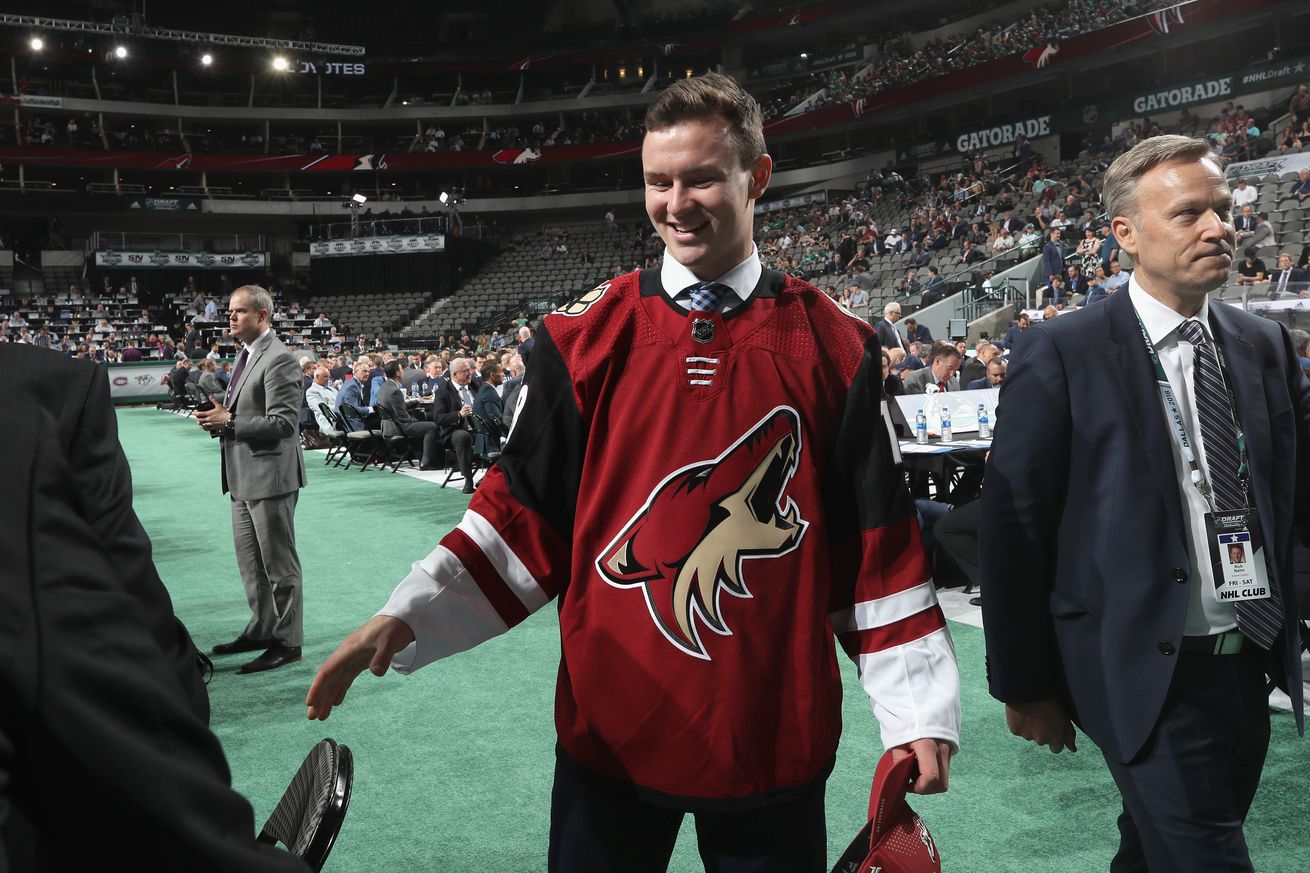 Examining the 2018 Draft Class and seeing how they have progressed in their development.

The Arizona Coyotes had two picks in the third round, with the 73rd overall pick and Marcus Kruger coming from the Carolina Hurricanes in exchange for a fourth-round pick in 2018 and Jordan Martinook. With that pick, the Coyotes drafted American defenseman Ty Emberson.

Ty Emberson is the type of player that doesn’t get a lot of attention. As a defenseman, he isn’t a big offensive threat and there aren’t a lot of highlights of him.

That’s not to say that Emberson is developing poorly. In played in his second season with the University of Wisconsin and was named to Team USA for the World Juniors.

Things didn’t go well for Team USA at the World Juniors. The team was eliminated without winning a medal. Emberson finished third among defensemen in time on ice, and he was a +2.

He was named to Team USA for the 2020 World Juniors and he finished third in ice time among defensemen on the team.

The University of Wisconsin seems very happy with Emberson’s development. He served as an alternate captain during the second half of the last season and he will serve as the team’s captain this upcoming season.

Arizona has a lot of defensemen on the team and in the pipeline, so it is going to be tough for Emberson to earn a spot on the team. But Emberson will likely need a few more seasons in the NCAA and the blue line is likely going to look a lot different in the coming years. With the Coyotes trading defenseman Kevin Bahl there is a spot available for a player who plays a more defensive game.