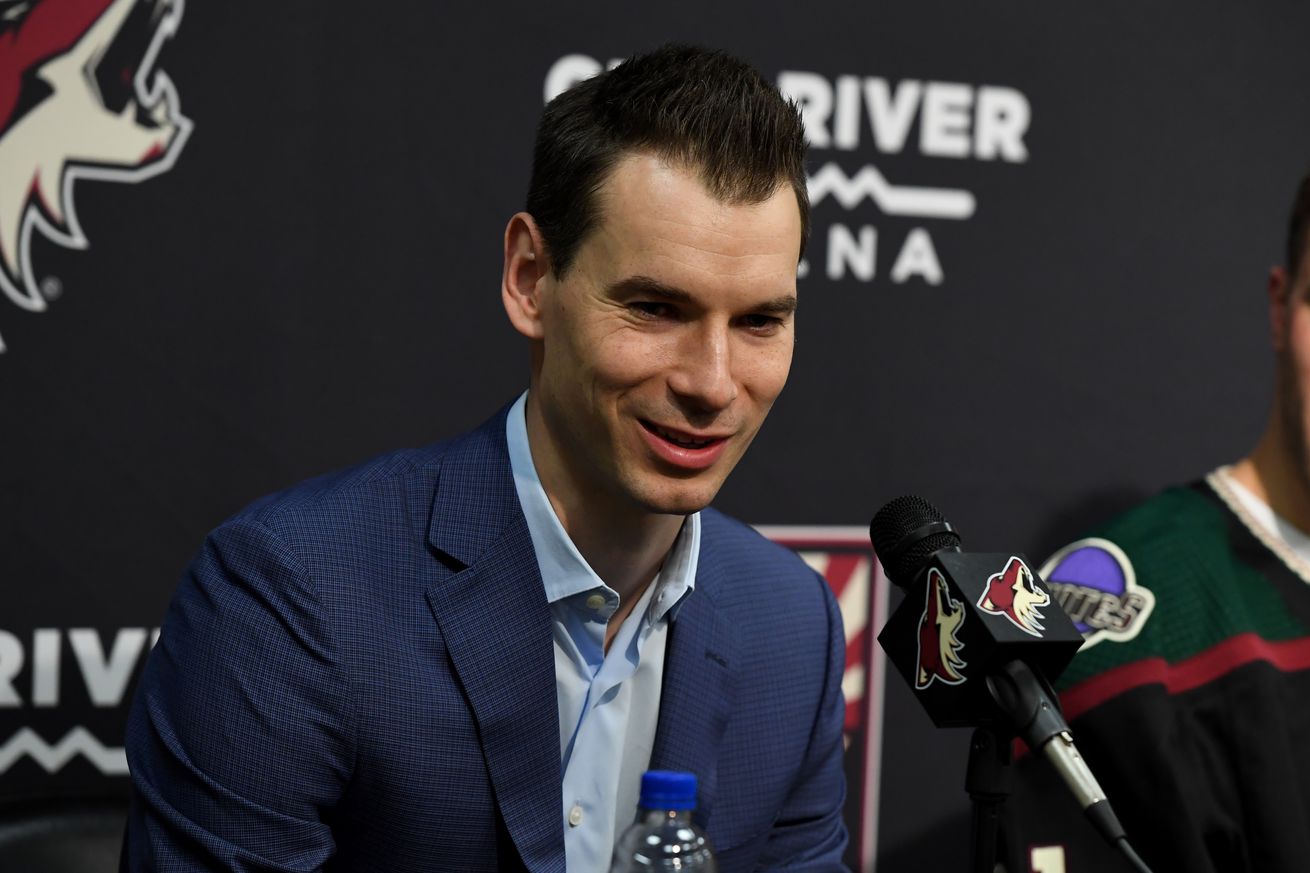 Reports continue to come out that suggest that Chayka will be leaving the organization soon.

Rumours and speculation is beginning to grow that the Arizona Coyotes are set to part ways with their General Manager.

It’s strange to think that this all started just over a week ago, with a report that General Manager John Chayka was not present at the dinner meeting with pending star unrestricted agent Taylor Hall.

It was notable, but given the timing, it didn’t seem to be of much consequence. But since then, things have snowballed.

News shifted to an impending divorce, it was reported that Chayka was not invited to the meeting and Elliotte Friedman wrote that it wasn’t clear that Chayka would be on the travel list, he was not in attendance at the team’s scrimmage on Friday, and that his office had been ‘cleaned out’.

All of this has been very surprising because this is absolutely the worst time for this to be happening. We are less than a week away from the start of hockey and fans should be focusing on the team and not front-office drama.

At this point, the ever-evolving story appears to have shifted to General Manager John Chayka wanting to leave the organization for another, currently unknown opportunity.

To clarify, per league source, it was not an opportunity with another team that Chayka was exploring, but another professional opportunity.
What’s unclear is this: If the Coyotes gave Chayka permission to explore it, why did they balk when it became a legitimate opportunity? https://t.co/jXsTZsm7lw

It makes sense, few General Managers have lengthy tenures and if Chayka is leaving the profession, and not just going to another team, the timing makes more sense.

But all this is just one more thing on the long list of controversies and dramas that the fanbase has had to endure over the past decade or so.

If this truly is the end of a five-year relationship between the Arizona Coyotes and John Chayka, it has not been handled in the best way and certainly shouldn’t have been brought to light so close to the start of the team’s play-in series with the Nashville Predators.