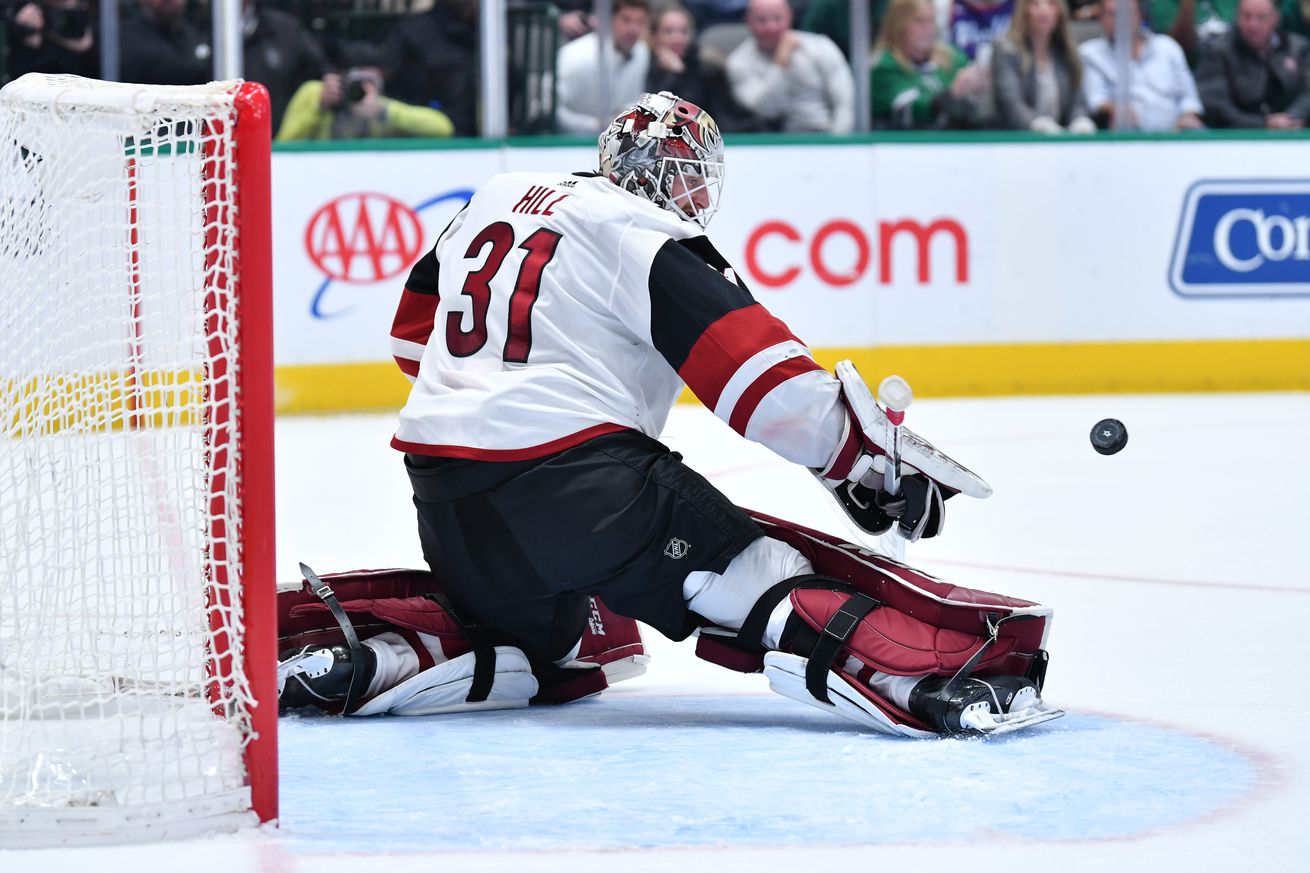 The deal could see him given a shot at the backup role this season.

The Arizona Coyotes have today announced that goaltender Adin Hill has signed an extension with the organization.

The one-year, one-way deal keeps the impending restricted free agent in the desert for another season and it could potentially be an indication that the organization is willing to give him a shot at being the Coyotes’ backup.

Terms of the deal have not been officially disclosed by the Coyotes, but TSN’s Pierre LeBrun reported that the deal will pay him $800,000 – regardless of him playing in the NHL or the AHL with the Tucson Roadrunners.

During that stretch, the Coyotes have suffered through extensive injuries to both starter Darcy Kuemper and the current incumbent backup Antti Raanta, who at one stage was viewed as the number one in the desert.

With Kuemper receiving a significant pay rise this off-season, seeing the Coyotes combine for $8.75 million in cap space on their goaltender position, there have been several rumors suggesting that one of Kuemper or Raanta could be on the way out.

Raanta is the logical choice in this situation, with the team looking to recoup assets in exchange for a guy who could be a starter in the NHL if he can remain healthy for long enough.

For Hill, where there were a number of rumors over a potential trade request due to him believing he is ready for a step up to the majors, it could be a sign from the organization that they are willing to give him the backup role once other transactions take place that frees up the spot for him.

It’s rare for an organization, especially the Coyotes, to give minor league players deals of this nature, and the cap savings they could make by bringing Hill up into the NHL roster instead of Raanta, certainly makes sense in this new flat cap era.