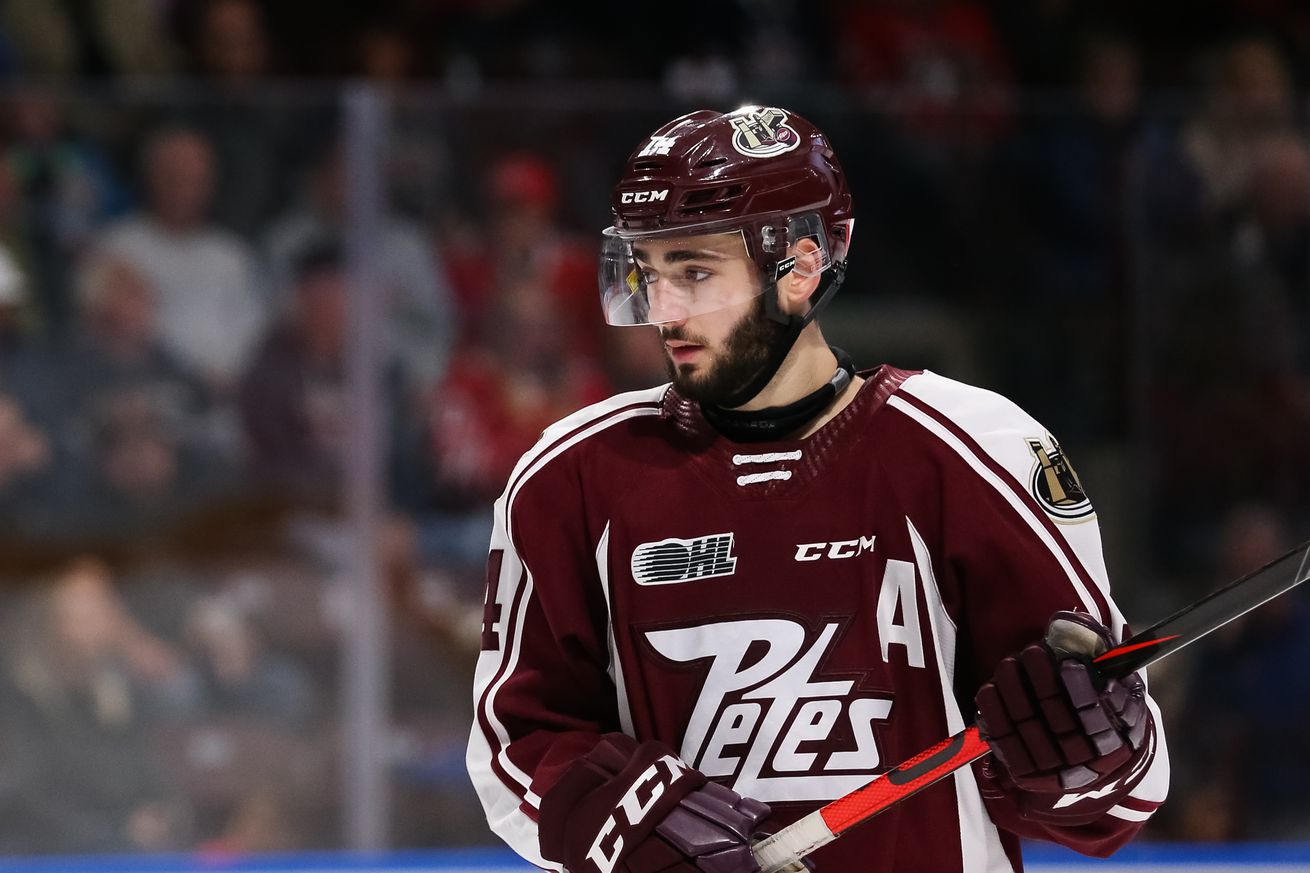 The British forward will play in Europe to prepare himself for next season.

Prospects from across the NHL are taking their talents to Europe to prepare for their next seasons and Arizona Coyotes’ Liam Kirk is doing the same.

Kirk, the Coyotes’ seventh-round (189th overall) selection in the 2018 Draft, has joined Hanhals IF on loan until eventually opens.

Playing in the HockeyEttan, the third tier of Swedish hockey, Kirk will be competing for ice time and will look to keep himself fit and ready for when competitive hockey returns in North America once again.

The Maltby, Yorkshire native joins a Hanhals team that has made a positive start to their season, with a 3-1-1 record in the South region of the league, and will look to continue his impressive showing from the past two seasons with the Peterborough Petes.

In the OHL, Kirk has grown from strength to strength, improving his offensive output from 26 goals and 47 total points in 63 games to 21 goals and 50 total points in just 47 games before the ongoing Coronavirus pandemic shut down the 2019/20 campaign.

Kirk was also given the honor of wearing the coveted alternate captain’s ‘A’ for this past season, showing his leadership qualities despite his young age.

The 2020/21 season is a crucial one for Kirk’s development and chances within the Coyotes organization, as it is the final year of eligibility for him in major juniors.

Kirk, now aged 20, has the option of returning to the Petes this season or the Coyotes could opt to give him a shot in the AHL with the Tucson Roadrunners to see if he is ready to make the jump up to the professional level.

A stint in the ECHL with the Rapid City Rush could also be an option for the Englishman, whose rights are owned by the Coyotes until June 1st, 2022.

A jump to the ECHL or AHL this year, followed by another year in the professional game, more likely to be the AHL the second time around, could help Kirk with his development, and having him play in Sweden before he returns to North America could give him a jump start with that regard.

With new scouting department hires along with general manager Bill Armstrong, the Coyotes organization will likely keep a close eye on Kirk’s performances in Europe before training camp opens, giving them a clearer picture of where his development would be best served moving forward.

The move to Kungsbacka will be a learning curve for the Coyotes prospect, who will be surrounded by only Swedish players, with the exception of dual Swedish/Finnish forward Markus Ruuskanen – who currently leads the team with six points (five goals, one assist) in their opening five games.

Having shown great growth in Canada over the past two seasons, the Arizona Coyotes will be keen to see Kirk continue this in Europe and put himself firmly in their minds ahead of the 2020/21 season.