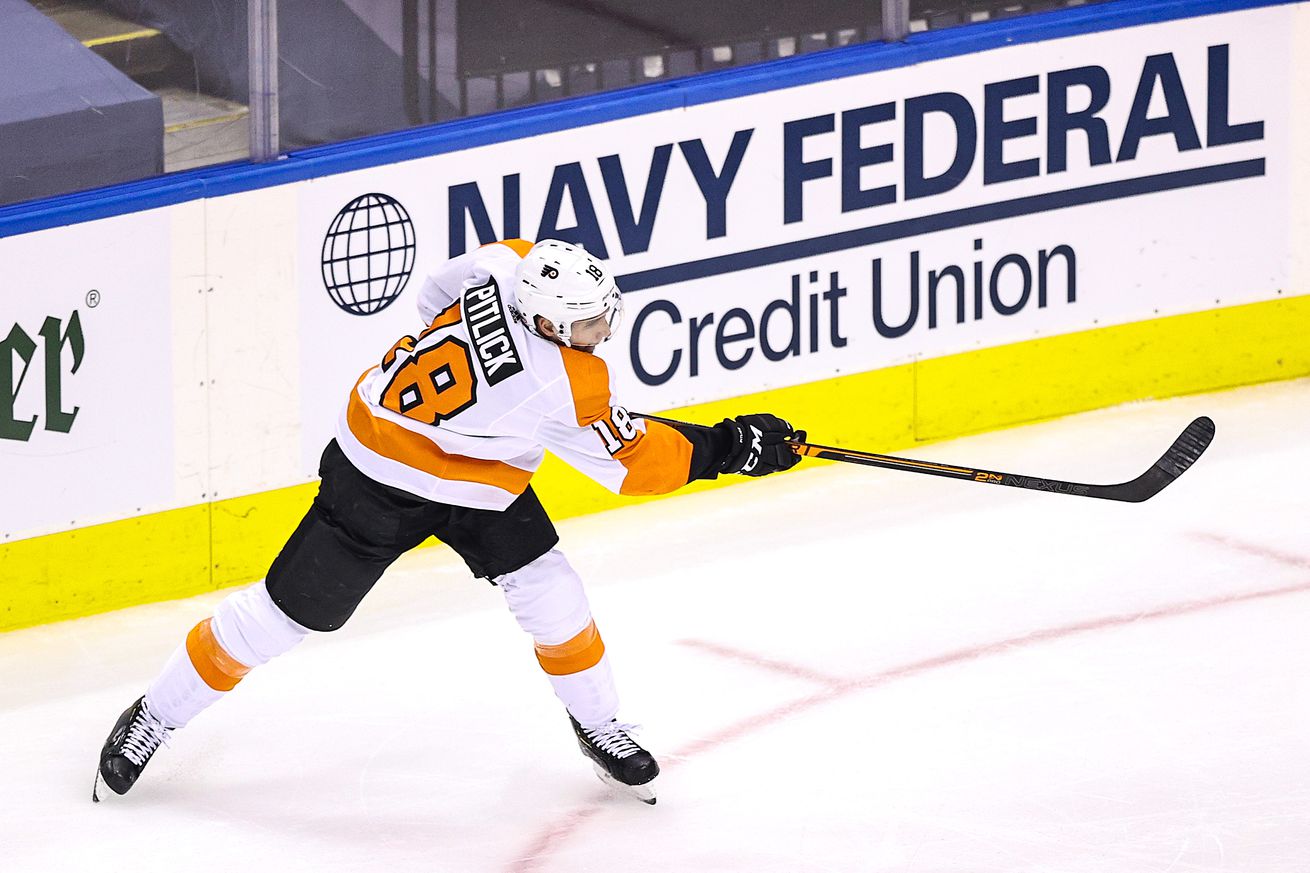 The physical winger joins from the Flyers.

According to reports, the Arizona Coyotes have signed free agent winger Tyler Pitlick to a two-year contract.

After a flurry of moves across the NHL on the opening day of free agency, it took the Coyotes just over two hours before a deal was announced – with former Philadelphia Flyers winger Tyler Pitlick reportedly agreeing to a two-year deal with the team.

Interest in Pitlick was first mentioned by Craig Morgan earlier in the day, with Pitlick’s agent, Ben Hankinson, seemingly confirming the deal has been agreed.

The deal is set to pay Pitlick an AAV of $1.75 million, with the 28-year-old having already had spells with the Flyers, Edmonton Oilers, and Dallas Stars since first entering the league in the 2013/14 season.

The 6-foot-2, 200lbs right-winger projects to be a physical bottom-six forward for the Coyotes, having thrown 132 hits in just 63 regular-season games before the 2019/20 season was shut down due to the ongoing Coronavirus pandemic.

During that span, the Minneapolis, Minnesota native registered eight goals and 20 total points. The signing is an interesting one for the Coyotes after NBC Sports recently expressed a belief that Pitlick would be likely to return to the Flyers after providing some real depth value down the stretch last season.

At the time of writing, the Coyotes still have around $6 million in cap space to add at least three more forwards to the roster after Marian Hossa’s contract is placed on LTIR, with plenty more moves expected as free agency progresses.