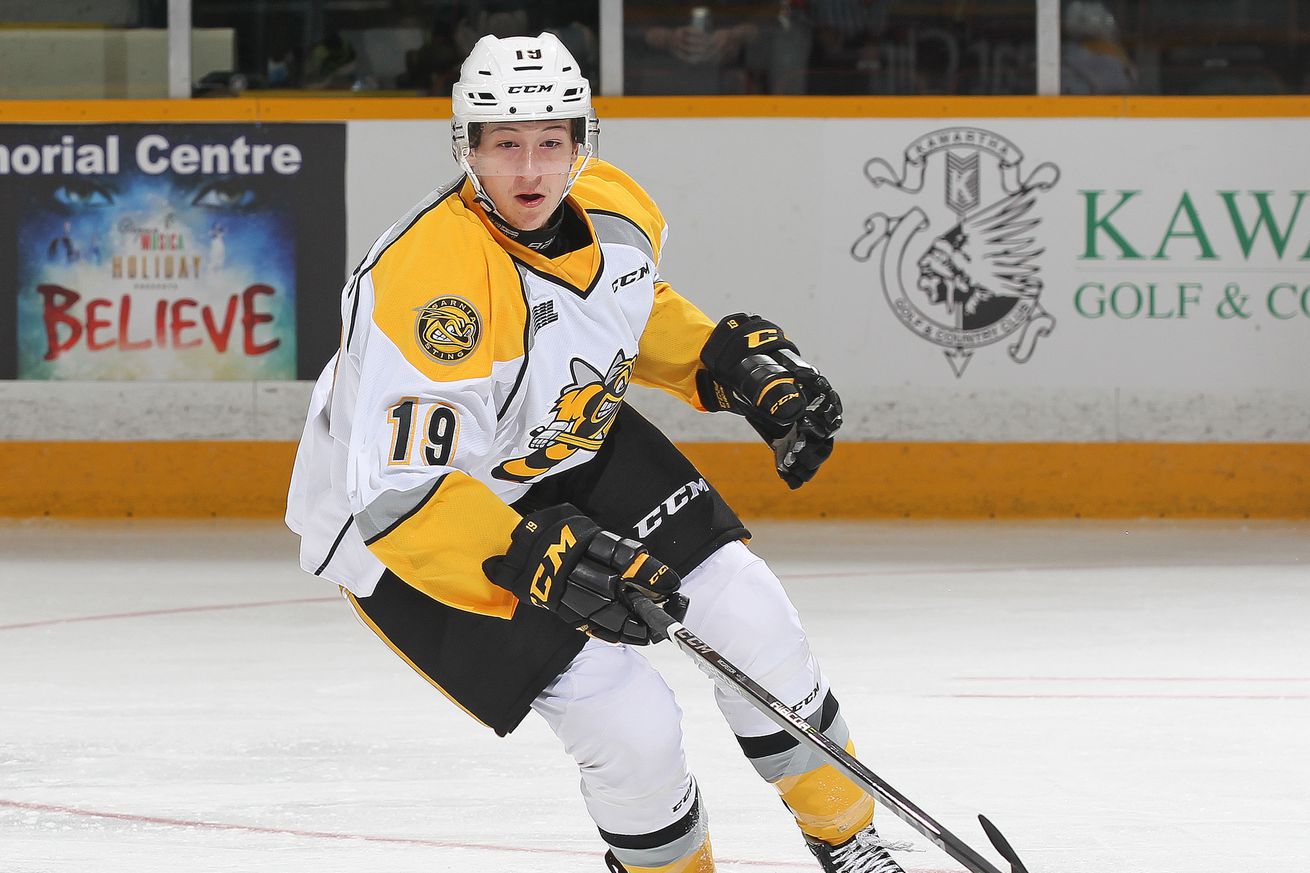 The Canadian forward has been developing well in juniors.

While there is no hockey to be watched, the Arizona Coyotes are preparing for the future by signing Canadian forward Ryan McGregor to an entry-level contract.

The Arizona Coyotes are using the current quiet period to make preparations beyond the 2019/20 season, signing Ryan McGregor to a three-year entry-level deal.

The 21-year-old center was originally selected by the Toronto Maple Leafs in the sixth round (172nd overall) of the 2017 Draft, with the Canadian club allowing his rights to expire.

This has allowed the Coyotes to pick up a player that they must view as having the potential to develop further, with a spot on the Tucson Roadrunners roster the likely place for the Burlington, Ontario native.

McGregor has spent his entire juniors career with the Sarnia Sting of the Ontario Hockey League, where he racked up 228 points (90 goals, 138 assists) in 286 regular-season games, adding a further 15 points (seven goals, eight assists) in 27 post-season appearances.

Over the past two seasons, McGregor has donned the coveted captain’s ‘C’ for the Sting, having worn an ‘A’ for the two seasons prior, and was on pace for the best season of his career in juniors with 27 goals (a career-high) and 68 total points in 52 games before the season was cut short.

In the season prior, McGregor also had a brief four-game stint with the Leafs’ AHL affiliates, the Toronto Marlies, failing to register a point.

His leadership qualities and two-way game will undoubtedly have attracted the Arizona Coyotes, who have been willing to work with late-round draft picks to develop them, with Conor Garland the best example of the organization’s success in recent years.

It’s not a blockbuster signing by any stretch of the imagination, but the fact that the team is operating with the future in mind should be a positive reprieve for the current world crisis.