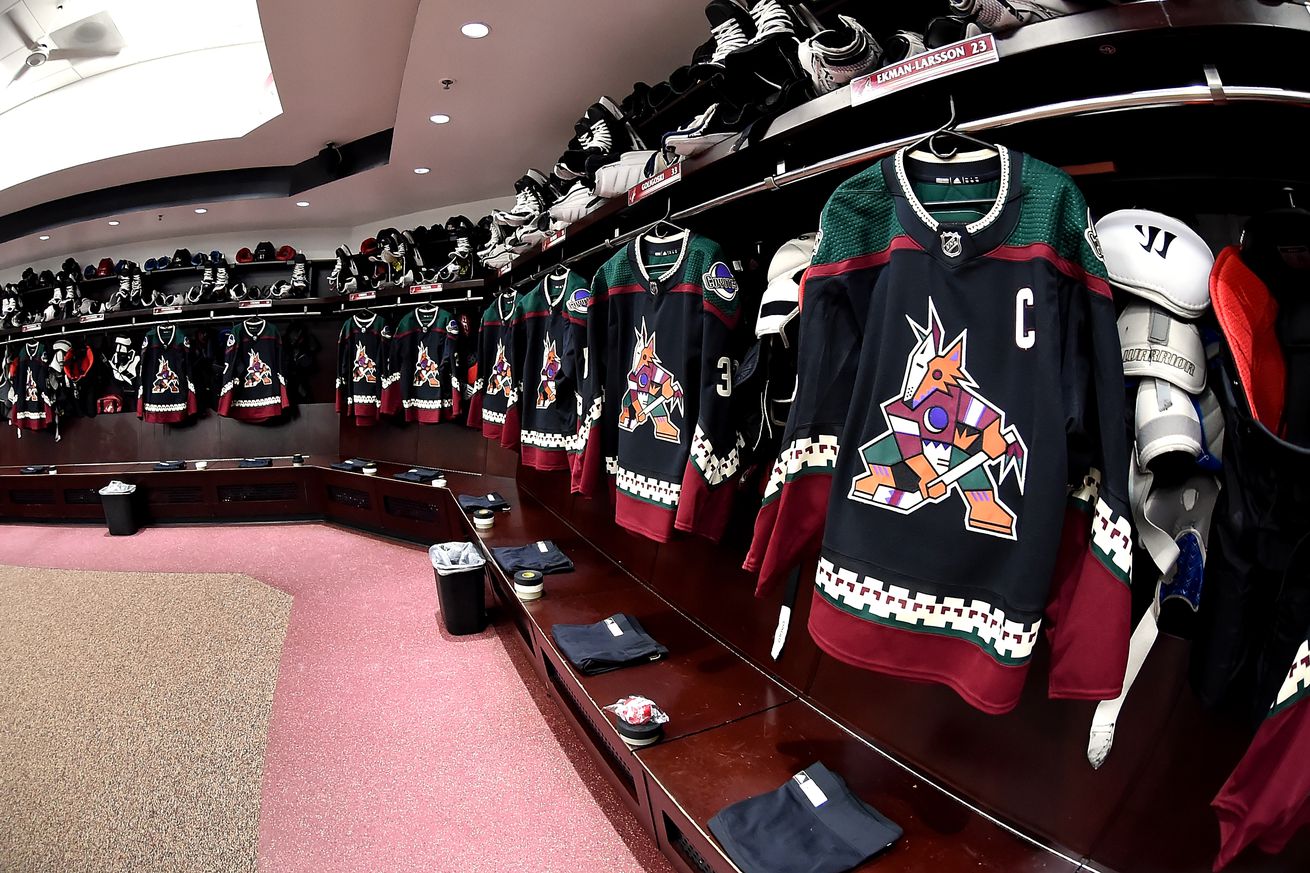 The team will wear Kachina jerseys at home, have two anniversary patches, and will be putting the classic logo at center ice.

Yesterday, the Arizona Coyotes tweeted out a gif of the silhouette of a coyote, green lightning, and a full moon. The tweet had a single word, tomorrow.

The tweet led to speculations, including a permanent switch back to the Kachina jerseys full time.

Today we know more, as the Coyotes have announced details for their season-long celebration of 25 years in the desert.

25 years in the desert calls for a celebration.

The video is a nice celebration of Coyotes history and showcases the two new patches which will be worn on jerseys throughout the season. The state of Arizona in the patches have a silver outline, commemorating the team’s silver anniversary in the desert.

The images for the patches look great, and the team’s decision to make one with the howling Coyote head and simplified color scheme along with the classic Kachina patch should make all Coyotes fans happy.

But while the patch is nice, the team is doing something bigger for fans at the home game. The Coyotes will be bringing back the center ice crescent moon logo for their home games. Arizona has kept the moon logo since the beginning, but its popular use has waned over the years.

You a̶s̶k̶e̶d̶, begged.
We answered.

The iconic crescent moon will return to center ice. pic.twitter.com/U7I6tgUrKt

The team announced that they will also be wearing the black Kachina jerseys for 25 games at home. The Kachina jerseys have gone from a one-off, to every Saturday/playoff home game, to being worn over half of the home games.