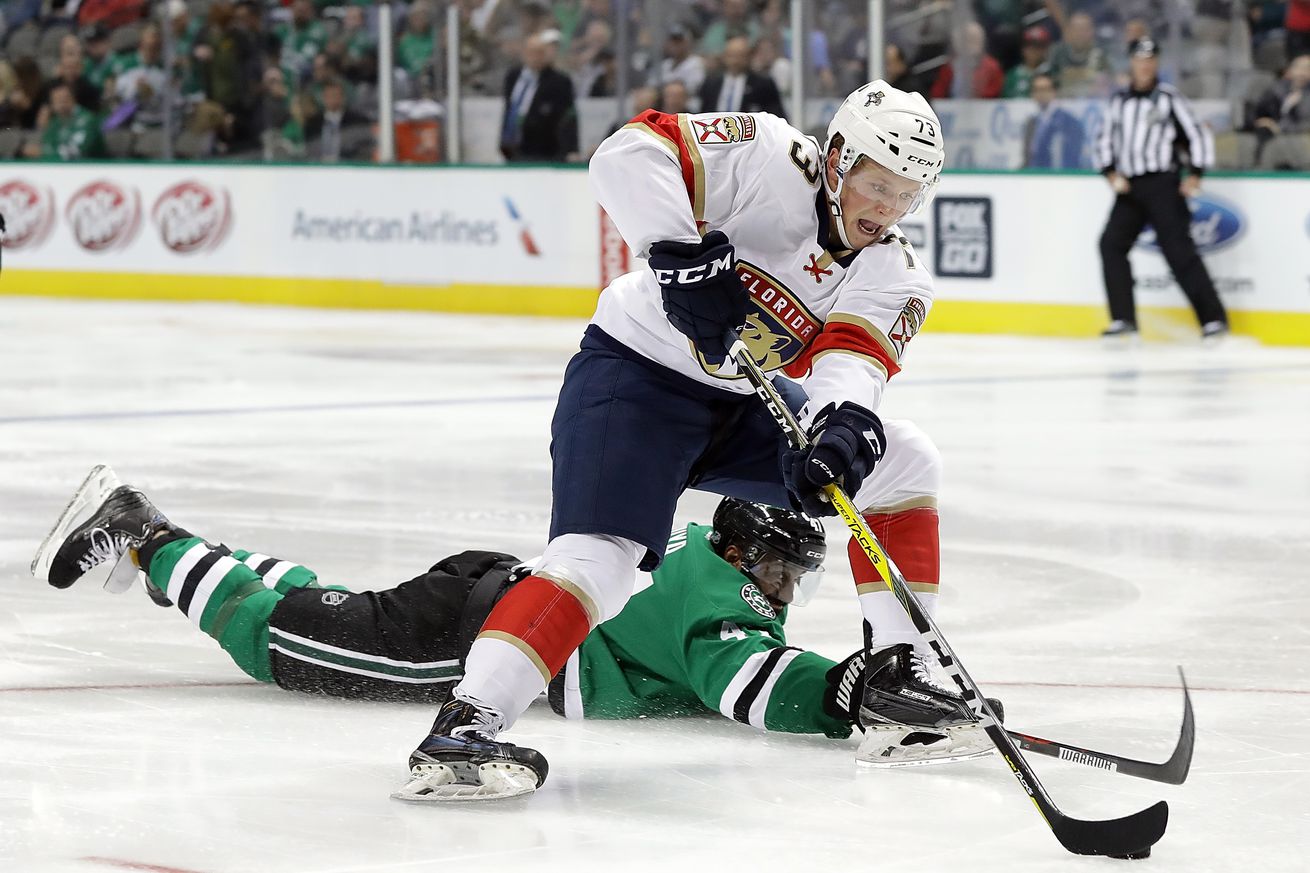 Hunt has spent his past three seasons with the Florida Panthers organization.

The Arizona Coyotes formally announced the re-signing of Jordan Gross with some extra news, the team also signed forward Dryden Hunt to a one-year, two-way deal.

A native of Cranbrook, BC, Hunt was originally undrafted, signing with the Florida Panthers as a free agent. Since then he has gone back and forth between the Panthers and their AHL affiliate the Springfield Thunderbirds.

In the past three seasons, Hunt has played in 63 NHL games and has 3 goals and 12 assists. His AHL numbers are definitely better, and in 214 AHL games, he has 72 goals and 78 assists.

With the Coyotes signing him to a two-way contract, Hunt may be spending most of his season in the AHL with the Tucson Roadrunners. He seems to be able to contribute at the AHL level, but he doesn’t appear to have found a spot in the NHL. But in the past, we have seen players develop into solid NHL contributors after a few seasons in the AHL, so Hunt may prove to be a surprise come training camp.