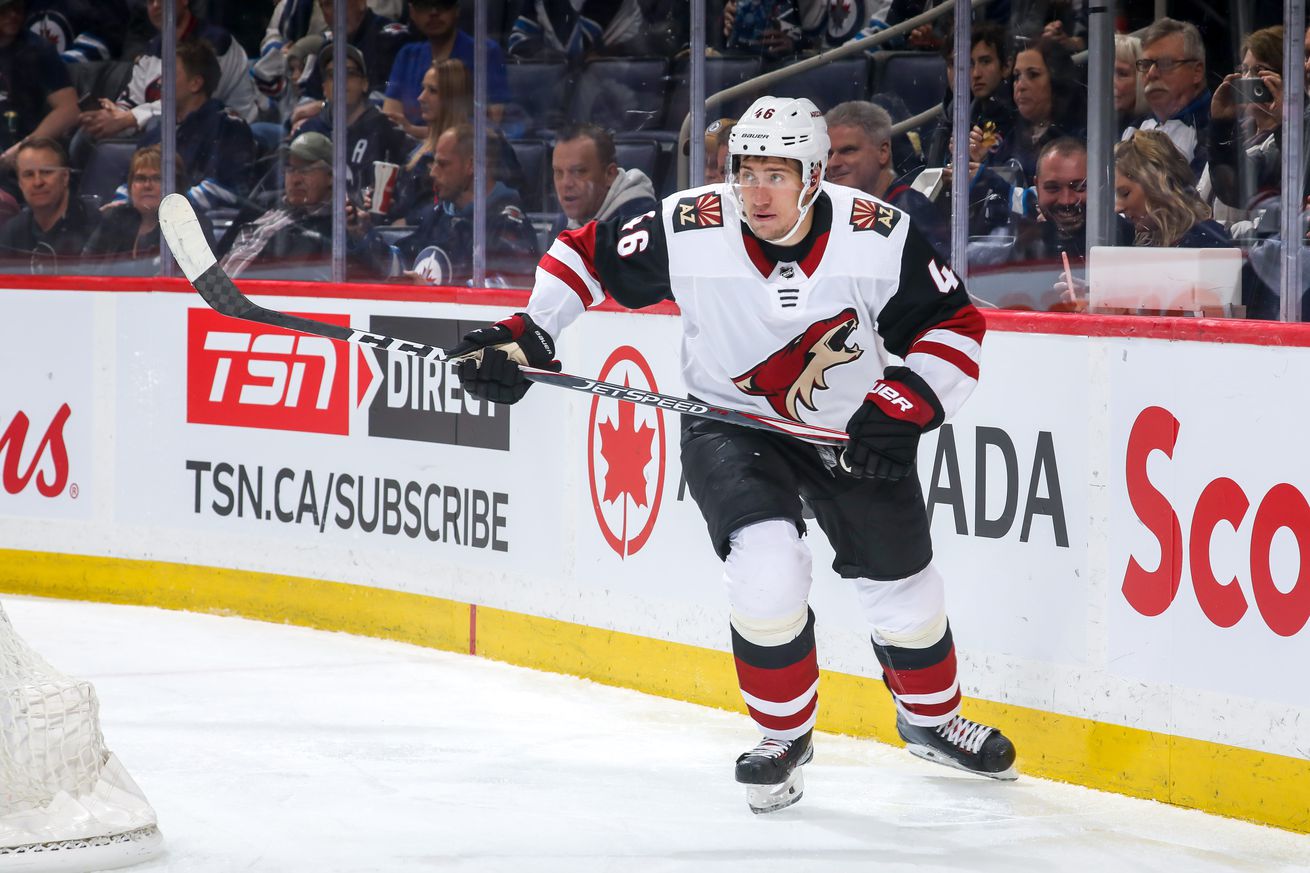 The defenseman will be returning to the team he played for before joining the Desert Dogs.

defenseman Ilya Lyubushkin will be loaned to Lokomotiv Yaroslavl in the KHL.

Ilya Lyubushkin went undrafted and signed with the Arizona Coyotes as a free agent before the 2018-19 season. He signed an extension earlier this month and is currently signed to a one year deal at $1 million.

Lyubushkin played with Lokomotiv Yaroslavl before signing with the Arizona Coyotes. With an uncertain timeline, it makes sense that he would want to get some games in with a familiar team.

The Coyotes have a lot of offensive defensemen, and ideally, the team should be getting offense from their blue line. With Lyubushkin, the Coyotes have a defensive-defenseman. He has played in 92 NHL games and he has scored zero goals and has only eight assists.

Unlike other loans we’ve seen so far, Lyubushkin is not a prospect. But Lyubushkin has served as the team’s seventh defenseman, so it makes sense that he would want to work on his game and get in all the practice he can.