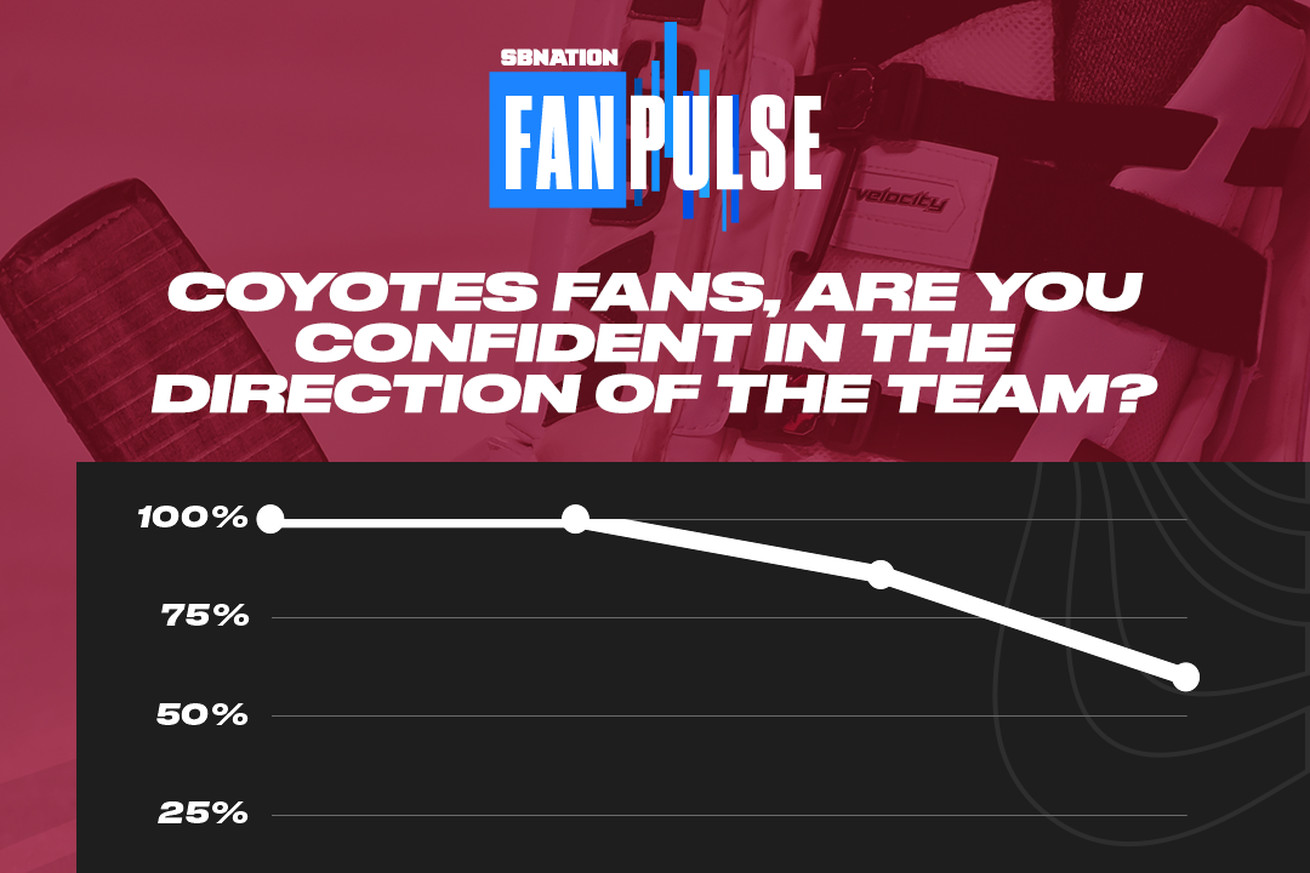 Fans faith in the direction of the Coyotes continued to slide before the season was suspended.

It should be noted that this FanPulse was asked the day before the season was officially suspended due to the coronavirus. At that time fans of the Arizona Coyotes have continued to express dissatisfaction with the direction of the team.

The Coyotes two losses the Coyotes were again held to just two goals. Arizona’s struggles getting the third goal are well documented, and it has been a consistent issue this season.

It is impossible to know how things would have turned out if the season hadn’t been suspended. Arizona has struggled to generate consistent offense, but they have plenty of games where they have been dominant and they have strung together win streaks. If the season restarts and the Coyotes make it in the team is still going to need to find a way to be consistent next season.

We are going to continue FanPulse for the foreseeable future and if you want to sign up you can do so here.