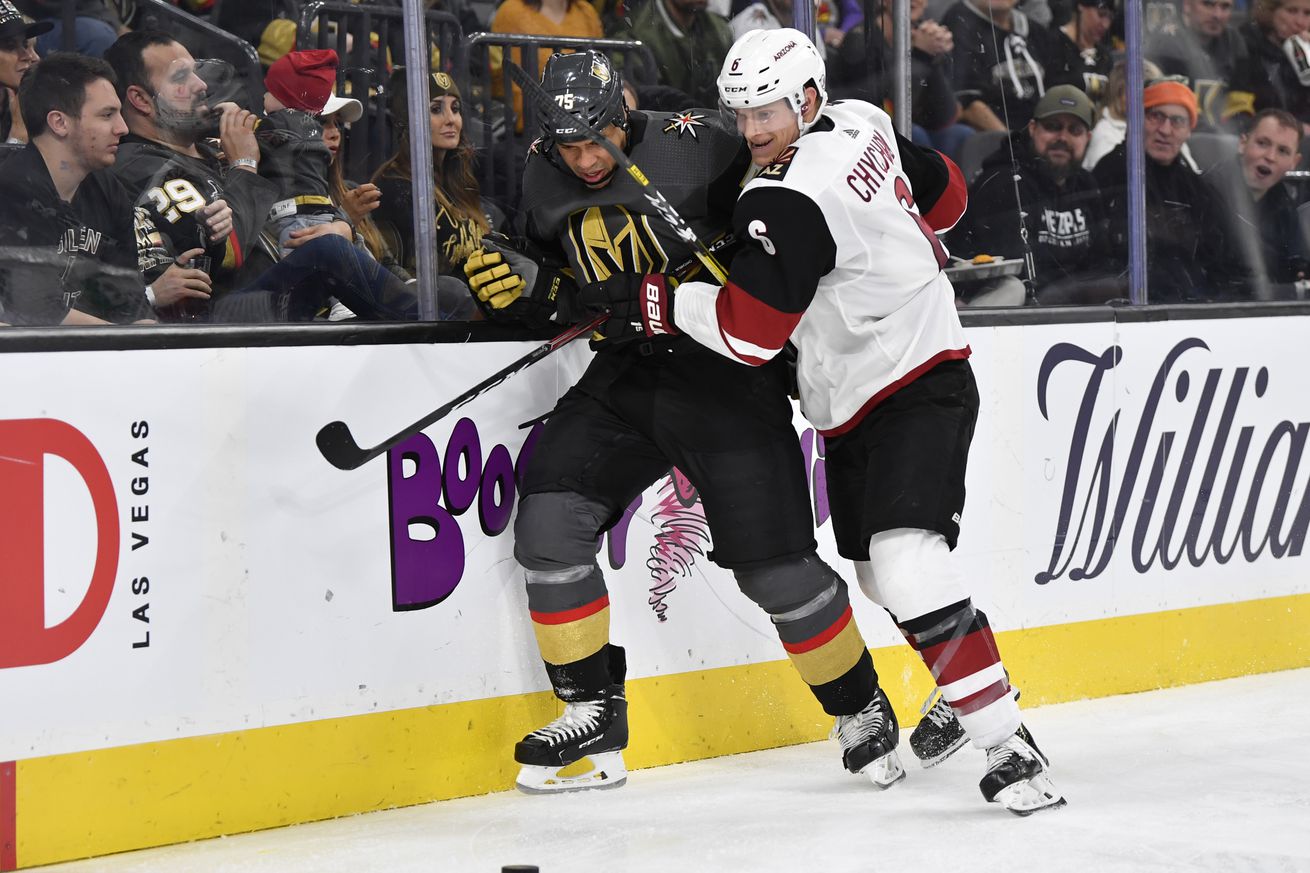 In a mostly meaningless game the Coyotes face off against the Golden Knights.

The Arizona Coyotes are back in action. After the season being cut short due to the global pandemic, hockey has returned in the bubbles in Edmonton and Toronto. The games aren’t meaningful yet though, as tonight is an exhibition game between the Yotes and the Vegas Golden Knights.

Despite this just being an exhibition game, we should learn more about the team that will be taking the ice against the Nashville Predators.

We are likely going to see both Antti Raanta and Darcy Kuemper, which should give fans a chance to see if there is any rust in net. Goaltending is going to be key for the Coyotes during the playoff run, so if Raanta and Kuemper are fighting the puck it may be a bad sign for the Desert Dogs.

But while goaltending is going to be key for the Coyotes, someone is going to need to score. The Coyotes offense was inconsistent throughout the regular season, but the team did manage to get timely offense at points. The team is going to need to get offense from younger players like Nick Schmaltz, Conor Garland, and Clayton Keller and veterans like Phil Kessel, Oliver Ekman-Larsson, and Carl Soderberg.

While the Coyotes are warming up for a play-in round, the Vegas Golden Knights will be preparing for a round-robin series against the Dallas Stars, St. Louis Blues, and Colorado Avalanche.

The Golden Knights also have a solid goaltending tandem in Marc-Andre Fleury and Robin Lehner. Fleury is expected to get the start tonight, and in 49 games this past season he had a 2.77 goals-against average and a .905 save percentage.

Vegas will be without their leading goal scorer tonight as Max Pacioretty is currently in Vegas rehabbing a minor injury. It doesn’t appear to be serious, and there is a chance that he will return, especially if the Golden Knights have another deep run.

Arizona: Taylor Hall – The recent off-ice controversies related to the firing of John Chayka all started with a dinner with Hall. Hopefully, that is not impacting Hall’s mental state as the team is going to need him during the upcoming play-in round if they want to make it into the playoffs.

Vegas: Mark Stone – The Golden Knights went big when they acquired Mark Stone. Last season Stone had a very successful playoff run, and in 7 games he had 6 goals and 6 assists.