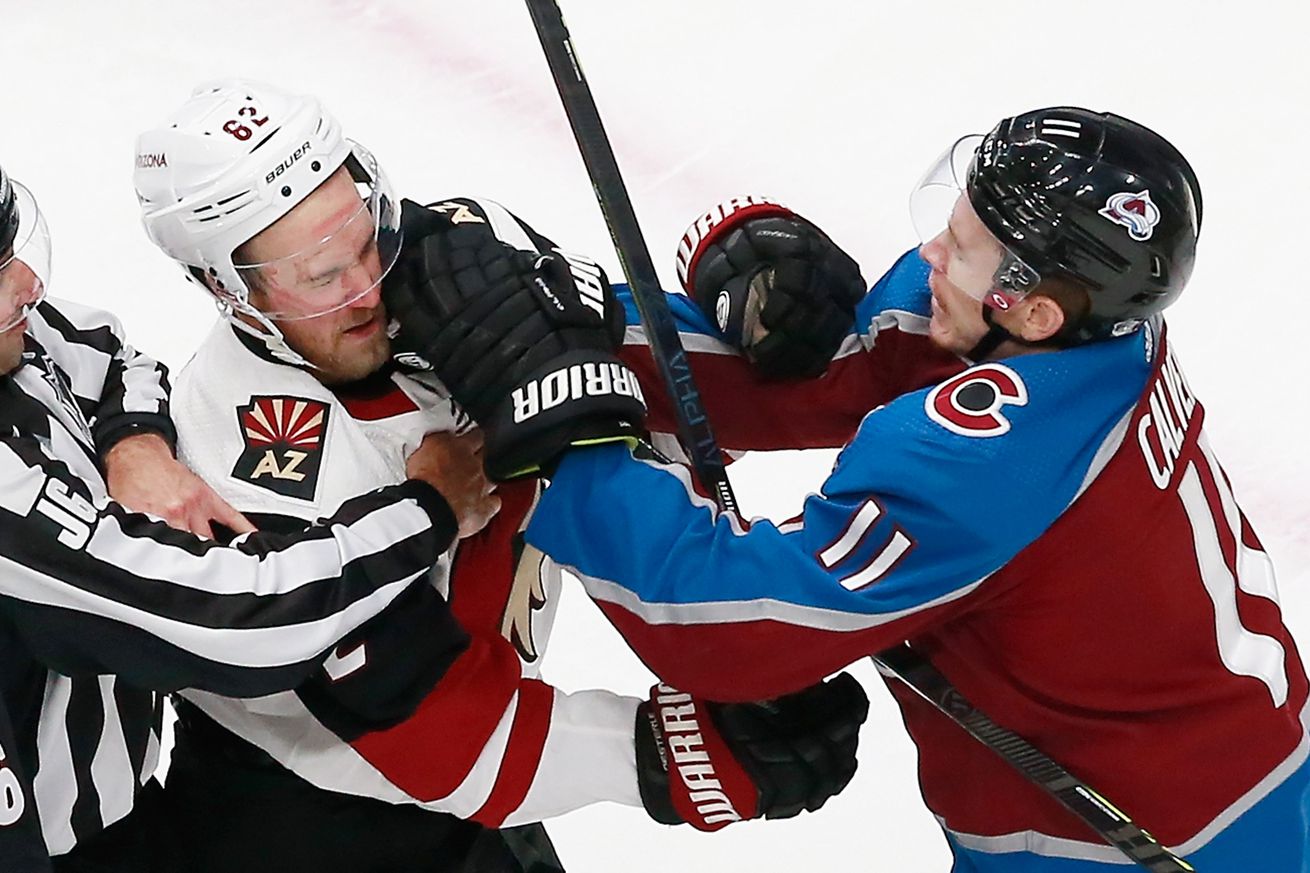 The Arizona Coyotes are down 2-0 and are going to need a big effort today to stay in the series.

The Arizona Coyotes are currently down 2-0 in their best-of-seven series against the Colorado Avalanche. Despite Arizona looking much better in the second game, Colorado still got the win and the Coyotes are going to have a difficult time getting back into the series.

After getting shut out in the first game, it would have been hard for the Coyotes to not look better in their second game. Arizona looked like a different team in the second game though and showed that they can at least make the series interesting.

Arizona was able to come into the second game and exert a greater level of control on the game. While they didn’t dominant play the same way the Avalanche did in the first game, they did keep the game more even, and they were able to expose some weaknesses in the Avalanche team.

Colorado has been good at stifling Arizona’s offense throughout the series. Arizona finally was able to score in the second game though, getting goals from Clayton Keller and Michael Grabner.

The goals represent Arizona getting offense from their top-line and their fourth line. Both players have three goals in the postseason and were key to the Coyotes winning their series against the Predators.

Michael Grabner has been a big surprise for the Coyotes in the postseason. Since being injured last season the Grabner seemed to have lost a step, and he was a healthy scratch throughout the season and according to reports he was possibly going to opt-out of the postseason.

Thankfully, the Coyotes weren’t relying on Darcy Kuemper as heavily during the second game. He kept the team in the game and made some big saves, but the team definitely made it easier for him compared to the first.

While the Coyotes put for a much better effort in the second game, their power play continued to struggle. The Coyotes had four opportunities in the game and failed to convert once. There was little the Coyotes could have done to prevent the game-winning goal, but if they had converted on the power play before it wouldn’t have been an issue.

Arizona: Clayton Keller – Keller leads the team with three goals and five points. The Coyotes need players like Keller to play their best, and he has been good for the Desert Dogs.

Colorado: Nathan MacKinnon – It is a bit of an understatement to say that Nathan MacKinnon is good at hockey. There are times where he looks unstoppable, and despite the Coyotes’ best effort he still has three points on the series.

Today’s game will be at noon and will air on Fox Sports Arizona, Altitude Sports, and CNBC with Fox Sports 910 AM doing the radio broadcast.