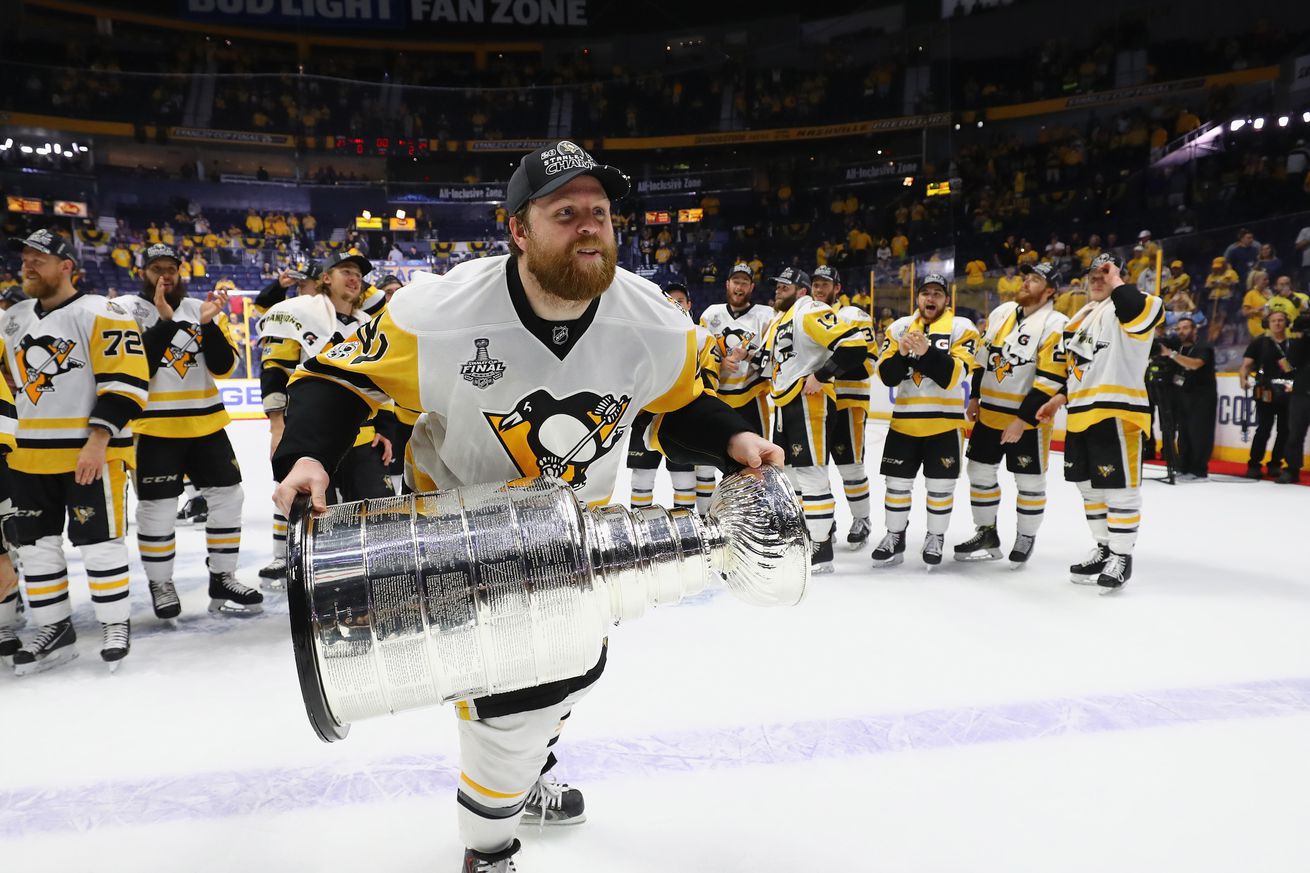 It is the Coyotes’ first appearance in the postseason since the 2011-12 season and they will need to rely on players with playoff experience.

The Arizona Coyotes haven’t made the playoffs since their trip to the Western Conference Finals in 2012. And while the rebuild has been largely built by growing and developing players, they have acquired several players. The hockey zeitgeist suggests that playoff experience is vital because it shows players know how to win, and while I don’t completely by that, experienced players can be a big factor.

Oliver Ekman-Larsson is the only player on the team who was drafted by the Coyotes and has played in the postseason. He is the last remaining player from the 2011-12 Western Conference Finals run, and he had a decent series. Ekman-Larsson was in his sophomore season, and he played in all 16 games of the Coyotes run.

Kessel was brought in for this situation. With the Pittsburgh Penguins, he was one of the top scorers and helped the Penguins win consecutive Cups. Kessel has admitted to being injured this past season, and the team needs a healthy Kessel if they are going to make it deep this postseason.

Hjalmarsson was a key part of the Chicago Blackhawks three cup wins. If it is late in the third and the Coyotes are up by one and taking a faceoff in the defensive zone you know that the team is going to want Hjalmarsson on the ice as much as they can, blocking shots and defending.

Brad Richardson won a cup with the Los Angeles Kings in 2012 when he played 13 games and registered a goal. He has an expanded role with the Coyotes as a penalty killer and veteran presence in the room, and the team will be relying on him a lot more.

Goligoski hasn’t played in a lot of playoff games, but he did win a cup with the Pittsburgh Penguins in 2009. He hasn’t had much luck since then, but he is coming off of his best season since being acquired by the Coyotes.

Raanta won a Cup with the Blackhawks in 2015, but he didn’t play once during the postseason that year. His first time in the playoffs was the next season with the New York Rangers, where he was limited to three games. Raanta has been in the room where it happens though, and for the first time in his career, his team is going to be relying on him in the postseason.

Close, but no Cup

Derek Stepan is a reminder that the New York Rangers used to be good, even if they never won it all. Among the Coyotes he has played the most games without winning a cup, and once made it all the way to the Stanley Cup Final.

Demers has gotten to the second round of the playoffs three times, with the Dallas Stars and the San Jose Sharks. The team doesn’t need offense from Demers, they need him to be a solid defensive presence for the Coyotes’ top defensive pairing.

Söderberg has advanced to the second round of the playoffs twice in his career, last season with the Colorado Avalanche and during the 2013-14 season with the Boston Bruins. He has a good-sized role with the Coyotes and the team is going to need him to add more offense than he did in his prior trips to the postseason.

Grabner’s playoff experience is a bit of a mixed bag, and he likely won’t be seeing too much ice for the Coyotes. Since sustaining an eye injury last season he hasn’t been the same player, and if last night’s exhibition game is any indication the team will not be relying on him too much.

Kuemper made the playoffs three seasons in a row with the Minnesota Wild. The most action he saw was during the 2013-14 season when he played 6 games and finished with a 2.03 goals-against average and a .913 save percentage. The Coyotes are going to need Kuemper to be at the top of his game if they are going to be successful.

Schmaltz was injured in the Coyotes’ exhibition in one of the scarier moments of the matchup. Schmaltz led the team in points this past season, and although he doesn’t have the playoff experience the Coyotes are going to need him to be a leader throughout their time in the postseason.

Were you surprised that Hinostroza has playoff experience? I was. He played one game with the Blackhawks and was held pointless. At this point, he isn’t a borderline player, and the team is going to depend on him to generate more offense.