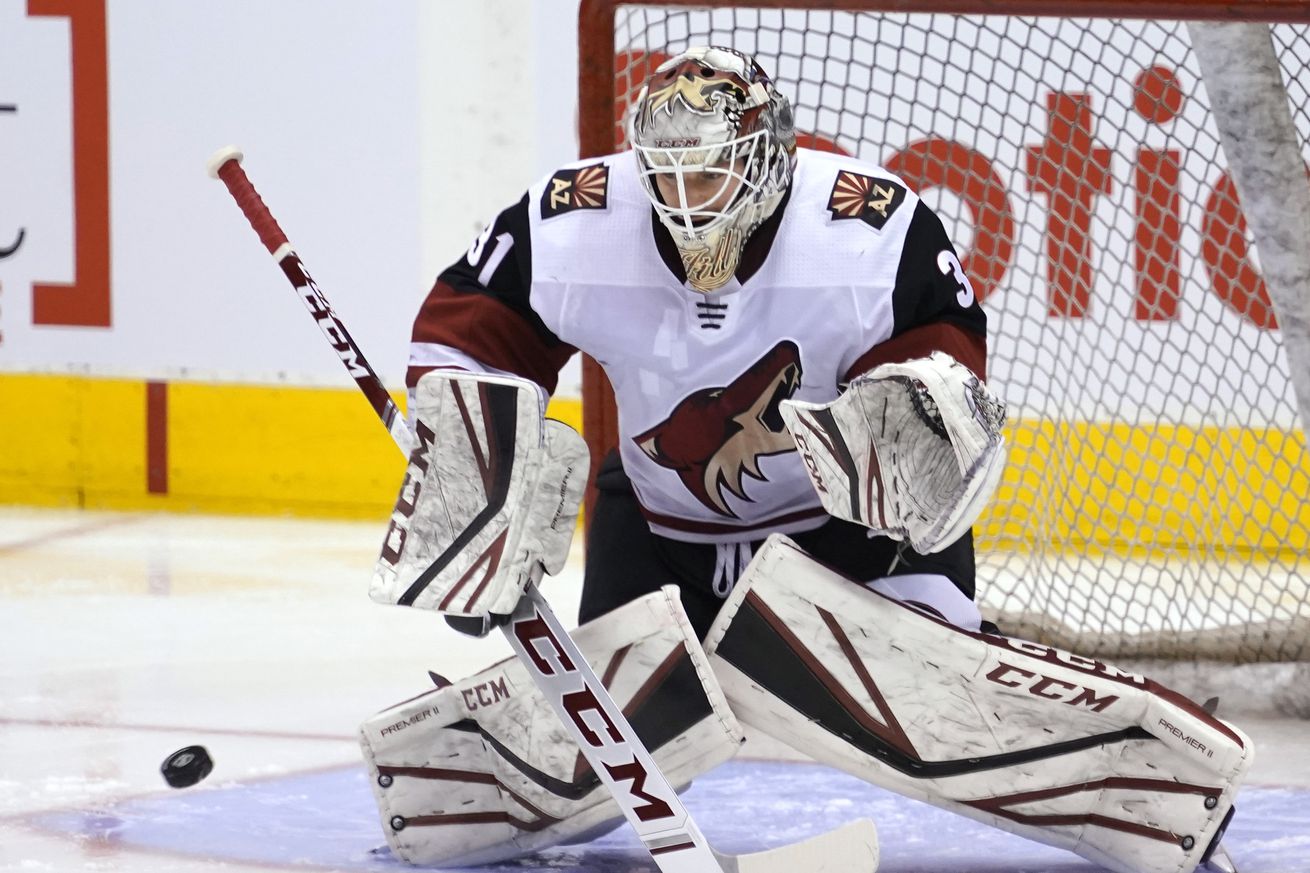 The Coyotes’ roster for the play in round is out, and the team will be bringing several players who spent most of last season in Tucson.

Yesterday the Arizona Coyotes announced the roster that will be traveling to the Edmonton bubble to compete in the play-in round against the Nashville Predators.

My understanding is that this is the list of Coyotes players who will head to Edmonton.
G Ivan Prosvetov will remain inside the bubble here in AZ in the event he is needed due to injury/illness to other goalies.
The team departs for Edmonton on Sunday. pic.twitter.com/86RqgLXtNP

This gives us our first look at the “Black Aces” for the team, players largely from the minor leagues who aren’t likely to play but can suit up if injuries present themselves or the team feels a player isn’t pulling their weight and needs to be taught a lesson. Hopefully, none of the players on the Coyotes roster need that level of encouragement, but the flexibility is important.

Since being acquired from the Buffalo Sabres, Fasching has had two successful seasons with the Tucson Roadrunners. In his first season in the desert he was third on the teams in goals scored (16), and this past season he was second with 19 goals scored. Fasching has NHL experience, playing 22 games over three seasons with the Sabres, and during that he scored a goal and recorded two assists.

Acquired last season from the Montreal Canadiens in exchange for Jordan Weal, Chaput was brought in to beef up the Roadrunners as they prepared to make the post-season. They didn’t, but Chaput did his best to help with 6 goals and 10 assists in 16 games. This past season he recorded 16 goals and 13 assists in 47 games with the Roadrunners and played in two games for the Coyotes. Of the “Black Aces,” he has the most NHL experience, playing in 169 games with the Columbus Blue Jackets, Vancouver Canucks, and Montreal Canadiens since the 2013-14 season.

The Coyotes signed Burke as a free agent in 2018, and he has quietly developed into one of the Roadrunners’ best forwards. This past season he led the team in both goals (21) and points (52) this past season despite being one of the younger players on the roster. It remains to be seen if he will make an NHL roster, but if he keeps growing it seems like a strong possibility in the next few seasons.

I’m not sure if you would consider Ness to be a true “Black Ace,” given that he played more games with the Coyotes this past season then he did with the Roadrunners. He seems to have a knack for generating offense in the AHL, but at this time we haven’t seen him translate those numbers into NHL success. He did prove to be a good enough replacement defenseman and of the players being brought he may be the most likely to lace up for a game.

At this point, I think we are all waiting for Kyle Capobianco to make the leap to full-time NHL defenseman. He is consistently mentioned when discussing AHL players that seem ready to make the leap, and it is likely due to the Coyotes’ packed blue line that he is still playing a majority of his games with the Roadrunners. This past season he played in 42 games with the Roadrunners and scored 10 goals and recorded 27 assists while scoring a goal in his nine games with the Coyotes.

Gross has played two full seasons with the Roadrunners, and in 117 games he has 15 goals and 37 assists. This past season he played two games with the Desert Dogs, during which he recorded 1 assist. It is impressive that Gross is traveling to Edmonton with the team, but he is going to have stiff internal competition if he wants to play.

The Arizona Coyotes drafted Söderström just over a year ago 11th overall and since then he has had a successful season with Brynäs IF in the SHL and a stellar World Juniors tournament. He has turned into a stand out prospect for the Desert Dogs, and before the pandemic, he seemed poised to spend the next season in the AHL with the Roadrunners. It would be interesting to see Söderström play if for no other reason than to get a better idea of how long it will be before he makes the NHL.

Along with Capobianco, Hill has been with the franchise longest and seems closest to making the NHL. This past season he played 13 games with the Desert Dogs, where he finished with a .918 save percentage and a 2.62 goals-against average. Goaltending is key in the postseason, and if Antti Raanta or Darcy Kuemper get hurt the team is going to be looking to Hill to step up in a major way.

What do you think, are we likely to see any of these players suit up for the postseason? Is there someone like Lane Pederson who you wish the Coyotes were bringing. Please feel free to comment below.