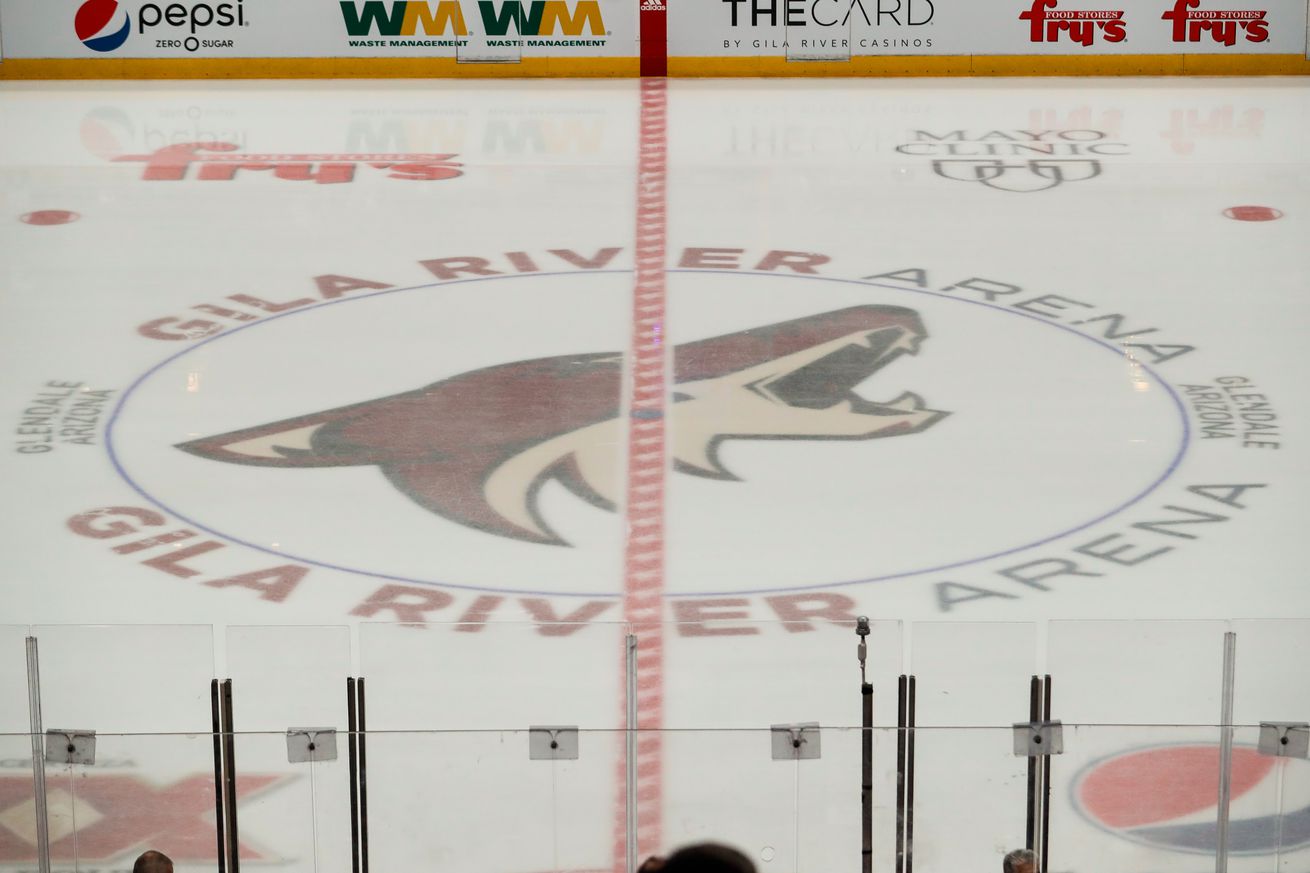 Details about a Coyotes’ 2020 draft pick have re-emerged.

Yesterday the AZ Central reported a truly repugnant story about a player the Arizona Coyotes drafted during the 2020 NHL Entry Draft, Mitchell Miller. If you haven’t read it I highly encourage you to read it, the details will be summarized here but AZ Central had a chance to speak with the person that Miller attacked, Isaiah Meyer-Crothers, and was able to get that extremely important perspective.

Isaiah Meyers-Crothers was a Black student with developmental disabilities who was bullied by Miller. Miller, with another person, on multiple occasions used racial slurs when referring to Meyers-Crothers, physically attacked Meyers-Crothers, and gave candy to Meyer-Crothers that had been placed in a urinal. The bullying was so bad that it went to court, with Miller pleading guilty to assault and being sentenced to 25 hours of community service, ordered to write an apology to Meyer-Crothers, and required to participate in counseling. AZ Central notes that while the other person who bullied Meyers-Crothers also personally apologized to him, Miller did not.

Details related to Miller’s past were available but were not widely reported immediately before or after the draft. Miller sent letters to every NHL acknowledging the incident and apologizing.

The fact that the Coyotes have been vocal lately with reaching out to the Hispanic community and working to counter the effects of racism and bullying makes the story all the more relevant. I truly believe that team owner Alex Meruelo, who is the league’s first Hispanic owner, sincerely wants to reach communities of color. But the team drafting a player with a history of using racial slurs makes a lot of things the team has said ring a little hollow.

You have to wonder if a fourth-round pick, a round where the odds of the player making the NHL are fairly small, is worth the PR nightmare and the risk of undercutting a message that the team has been promoting. In an offseason where fans are looking for any reason for hope and positivity, this feels like a gut punch.

Like many others, I do think that if the Coyotes had not drafted Miller he would have been drafted by another team. I also believe the Coyotes are going to do everything in their power to prevent anything like this from happening again, and if Miller is sincere about his desire to grow there may not be any further issues. Also, this isn’t just an NHL issue, Miller is currently playing for the University of North Dakota.

It also is important to note that the Coyotes’ current General Manager Bill Armstrong was not involved in the draft due to his previous affiliation with the St. Louis Blues.

Does any of that make drafting Mitchell okay? Absolutely not.

In their statements to AZ Central, the Coyotes organization stated that they do not condone bullying or racism and they are hoping to give Miller a second chance. On Twitter Ben Scrivens was one of many people to ask if Miller has done the work required to earn a second chance.

I do see people defending Miller, saying that everyone did things when they were 14 that would embarrass them. I agree with that, I know there are plenty of things I said and did at the age of 14 that I am not proud of and I hope that I have grown as a person. Part of growing as a person is looking back and seeing all of the things that you were doing wrong, either intentionally or unintentionally. But I want you to be very honest with yourself. Is one of the things you regret bullying a kid so much that a judge needed to be involved? When you read about the things that Mitchell did, can you honestly see yourself doing exactly what he did, not just nebulous bad things, but everything that Miller did? We all have done things we aren’t proud of, but that doesn’t mean everyone’s past is equal.

I am not sure where things go from here. Miller has been drafted and it appears that he will continue playing with UND. As long as he is playing in the NCAA the Coyotes are not able to sign him to an entry-level contract, and as previously stated, fourth-round picks rarely make the NHL.

I truly believe that being an athlete is a privilege, at all levels, but especially as a professional. It requires a lot of work, but it comes with money, fame, and prestige. Players frequently say they are the luckiest people in the world for getting to do what they love and live out their childhood dreams.

I think that the Coyotes’ decision to draft Mitchell Miller was a mistake. It undercuts a lot of work the team has been doing and it gives a second chance to a person who hasn’t shown to have earned it. When people talk about problematic elements of hockey culture, situations like this are what they mean and we need to hold the Coyotes and hockey in general accountable.