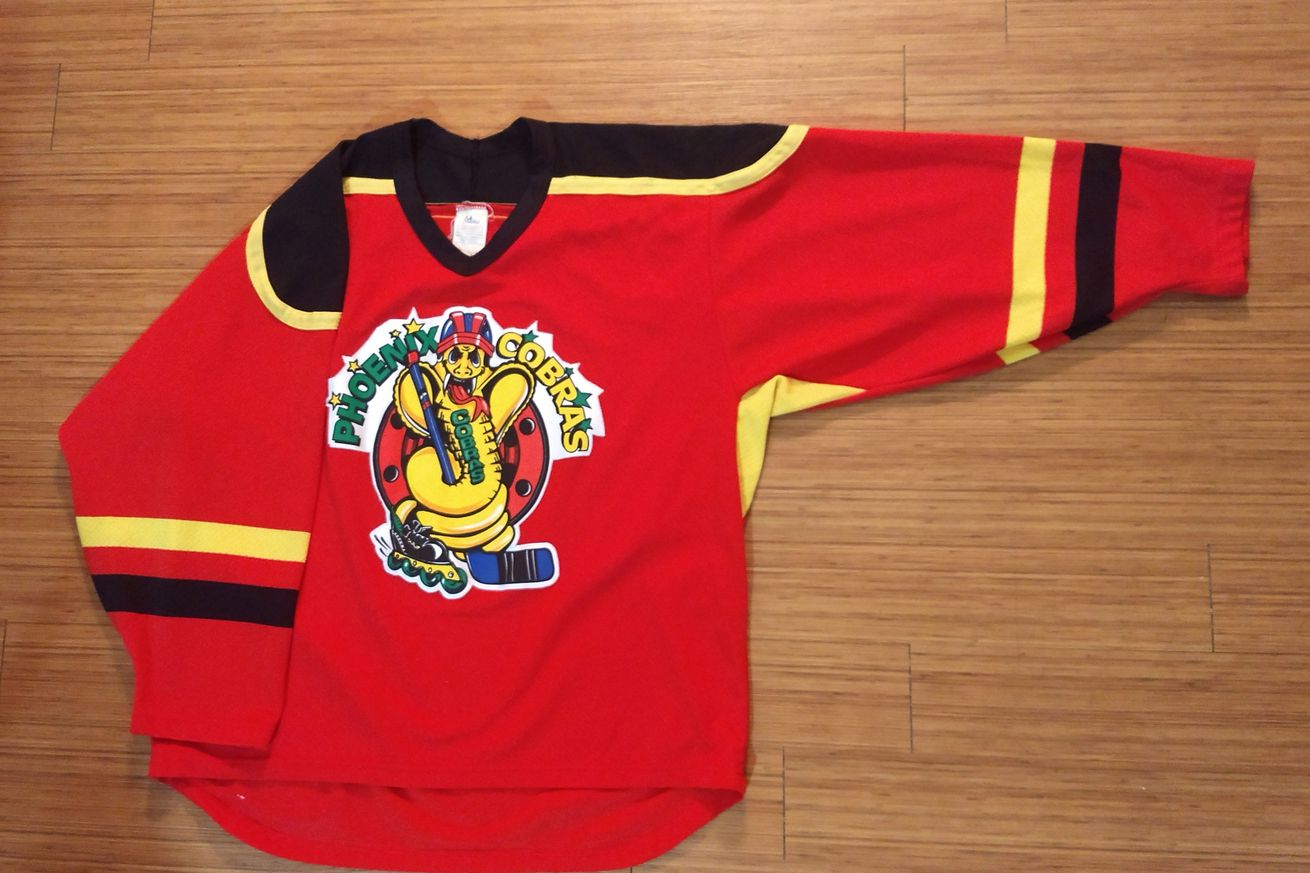 With the NHL season paused we take a deeper look at a little known part of the history of professional hockey in Arizona.

The coronavirus has resulted in the suspension of the NHL season and many people engaging in social isolation. If you are like me you are spending much more time inside and looking at your hockey memorabilia. One of the more obscure items I own is a jersey from the short-lived Phoenix Cobras of the Roller Hockey International league.

The Roller Hockey International league which operated from 1993 until 2000. It was a professional roller hockey league that had similar rules, although some noticeable differences like a different version of icing and four 12-minute quarters.

Like the Phoenix Roadrunners before them, the Cobras would play at the Arizona Veterans Memorial Coliseum. In their first season, they played in the Northwest Division and would finish third with an 11-9-2 record. They would lead their division in attendance, ahead of teams like the Vancouver Voodoo and the Calgary Radz.

Things would get worst in their second season in the desert they would again finish third in the Pacific Division with a 13-11-0 record. They just one tie behind the San Diego Barracudas who were 12-11-1. Attendance dropped in the second season, dropping to 2624.

Relocation was common in the RHI. After two seasons the Cobras relocating to Glen Falls, New York and playing as the Empire State Cobras for the 1996 season. Like most RHI teams they had a unique design.

A post shared by Roller Hockey International (@roller_hockey_international) on Jan 31, 2020 at 7:09pm PST

They would again relocate, becoming the Buffalo Wings for the final three seasons of the league. Like the teams before them, they had an incredible jersey.

A post shared by Roller Hockey International (@roller_hockey_international) on May 24, 2019 at 4:46pm PDT

The RHI did have a Coyotes team, they first played in Oklahoma before relocating to Las Vegas. There was also a Roadrunners team based out of Montreal surprisingly enough.

Feel free to share your weirdest, non-Coyotes piece of hockey merchandise in the comments below.