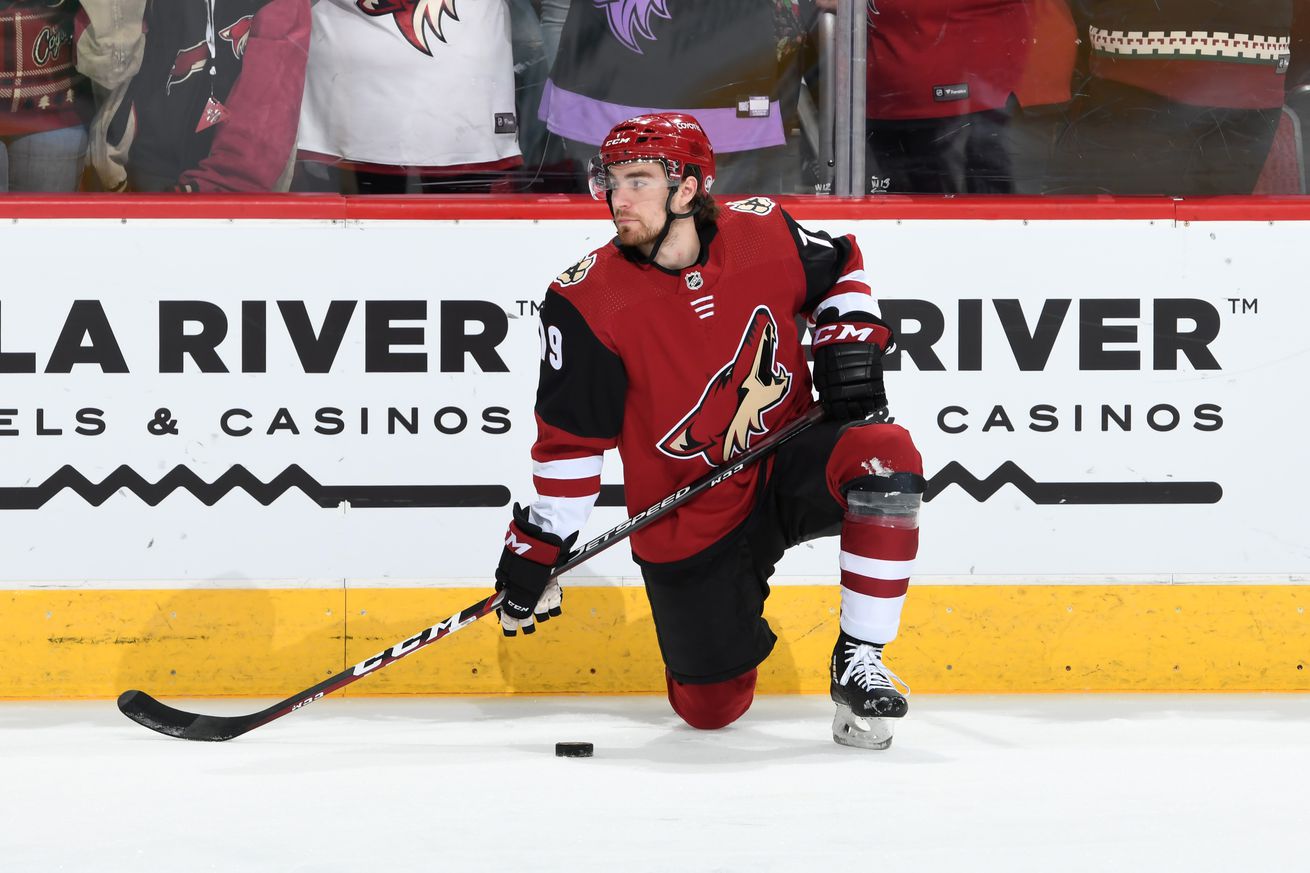 Gross had two games with the Coyotes this past season.

The Arizona Coyotes have been working to re-sign their pending unrestricted free agents. Offers were sent to the players they wanted to keep, and we are now beginning to see the signings come in.

As recently reported by Craig Morgan, the Coyotes have re-signed defenseman Jordan Gross to a one-year, two-way deal.

Initially undrafted, Gross instead playing his game with Notre Dame in the NCAA. He had a lot of success in college, helping his team win and being named to the NCAA All-Tournament Team.

Gross would start his professional hockey career with the Tucson Roadrunners. He has spent the past two seasons largely with the Roadrunners, and between his first and second season, he doubled his goals scored from 5 to 10.

He would see some action with the Coyotes this past season. He played in two games and registered an assist in his first game.

Right now, the Coyotes have a lot of defensemen, but that could change very quickly. Oliver Ekman-Larsson and Jakob Chychrun are the only players signed after next season, and many of Coyotes’ blueliners are on the wrong side of 30. The team may also be tempted to trade a player like Alex Goligoski or Jason Demers to save money or clear cap space. Gross may not be seeing a lot of NHL action yet, but that could change in the coming seasons.