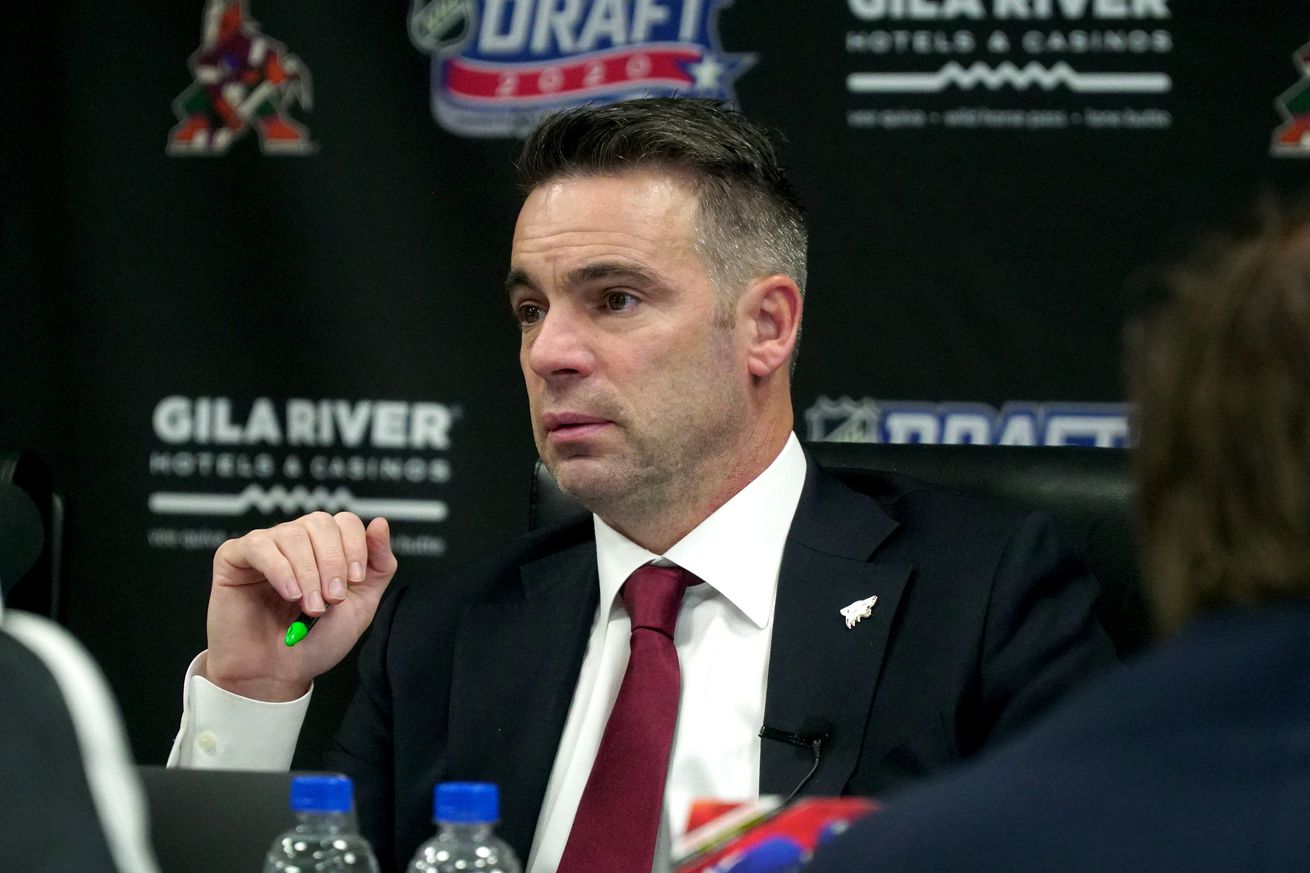 Time is crazy in 2020, he’s a recap of everything that’s happened so far.

It took a few extra months, but the 2020 NHL Entry Draft has been completed, free agency has begun, and the Arizona Coyotes have started making moves.

The 2019-20 Arizona Coyotes season is difficult to summarize. At one point they lead the Pacific Division and there was a lot to build off of. But due to goaltending injuries and a variety of other factors they barely made it into the playoffs, and were roundly defeated in their series against the Colorado Avalanche.

By the time Avalanche beat the Coyotes 7-1 in back-to-back games to eliminate them, faith in the direction of the team had been broken. It’s to be expected, the Coyotes have been nothing if not inconsistent the past few seasons and their general manager had just quit on the team.

This lead to several changes in the front office, including what appears to be a significant replacement of the scouting department staff. The team also saw some changes behind the bench, the biggest being the decision not to renew the contract of assistant coach John MacLean.

The Coyotes were pretty quiet during the draft. Given a significant portion of their new front office staff was prevented from being involved in the draft this makes a lot of sense.

In the past under General Manager John Chayka the team frequently traded down to acquire more picks, hoping to get as many shots as possible. At this year’s draft the team only made one trade, swapping a 2021 seventh-round pick for one in 2020 to get an extra pick.

Before, during, and after the draft, trade rumors were circulating about a number of Coyotes players. People speculated that the Coyotes 1a goaltender Darcy Kuemper was available, however the goalie market showed that the return would not nearly be worth it.

Niklas Hjalmarsson elected not to waive his no-movement clause, putting an end to any rumors about him before they could even begin

Also on the block was Coyotes’ captain Oliver Ekman-Larsson, who exercised his no-movement clause to give the team two options and a deadline. This deadline passed without Ekman-Larsson being traded.

The Coyotes would make one final move before the start of free agency, exercising a buyout of the final year of forward Michael Grabner’s contract. Grabner hadn’t been the same since his eye injury in his first year with the team, although he looked great in the postseason. Given Grabner stated that he will likely wait until the start of the next season before decided whether or not he wants to continue playing, it makes sense that the team wanted to buy him out rather than risk not being able to find a trading partner.

Along with Grabner, the team would lose some key veteran free agents. The team elected not to send a qualifying offer to Vinnie Hinostroza, who signed with Florida, and Brad Richardson has signed with the Nashville Predators. Carl Söderberg is currently unsigned, but re-signing him would require a roster move to clear cap space.

The big loss, and the one almost everyone saw coming was the loss of star forward Taylor Hall. The team didn’t have the cap space for him, and after getting bounced it didn’t seem like a good fit for a player that said that winning is a priority. Hall would sign a one-year deal with the Buffalo Sabres. Buffalo is an ideal spot for him next season if he wants to build up value playing with Jack Eichel during a down market and spend time with a former coach in Ralph Krueger, but it probably isn’t going to be a good spot if he wants to win.

In the first few days of free agency, the Desert Dogs have been fairly quiet. They have re-signed restricted free agents Jordan Gross and signed depth players like Dryden Hunt and John Hayden. Christian Fischer was sent a qualifying offer, however he has yet to re-sign with the team.

Their biggest moves were adding gritty winger Tyler Pitlick and the very useful defensive-minded Johan Larsson to two-year deals. Fans have been clamoring for the team to get bigger and gritter, and the acquisitions seem to address that concern.

The team can definitely still make moves and veteran players to trade, but the team’s roster hasn’t radically changed compared to the start of last season. Before the start of the last season the consensus was they were a going to be competing for a wild card spot, and unless something major happens that is likely the case.