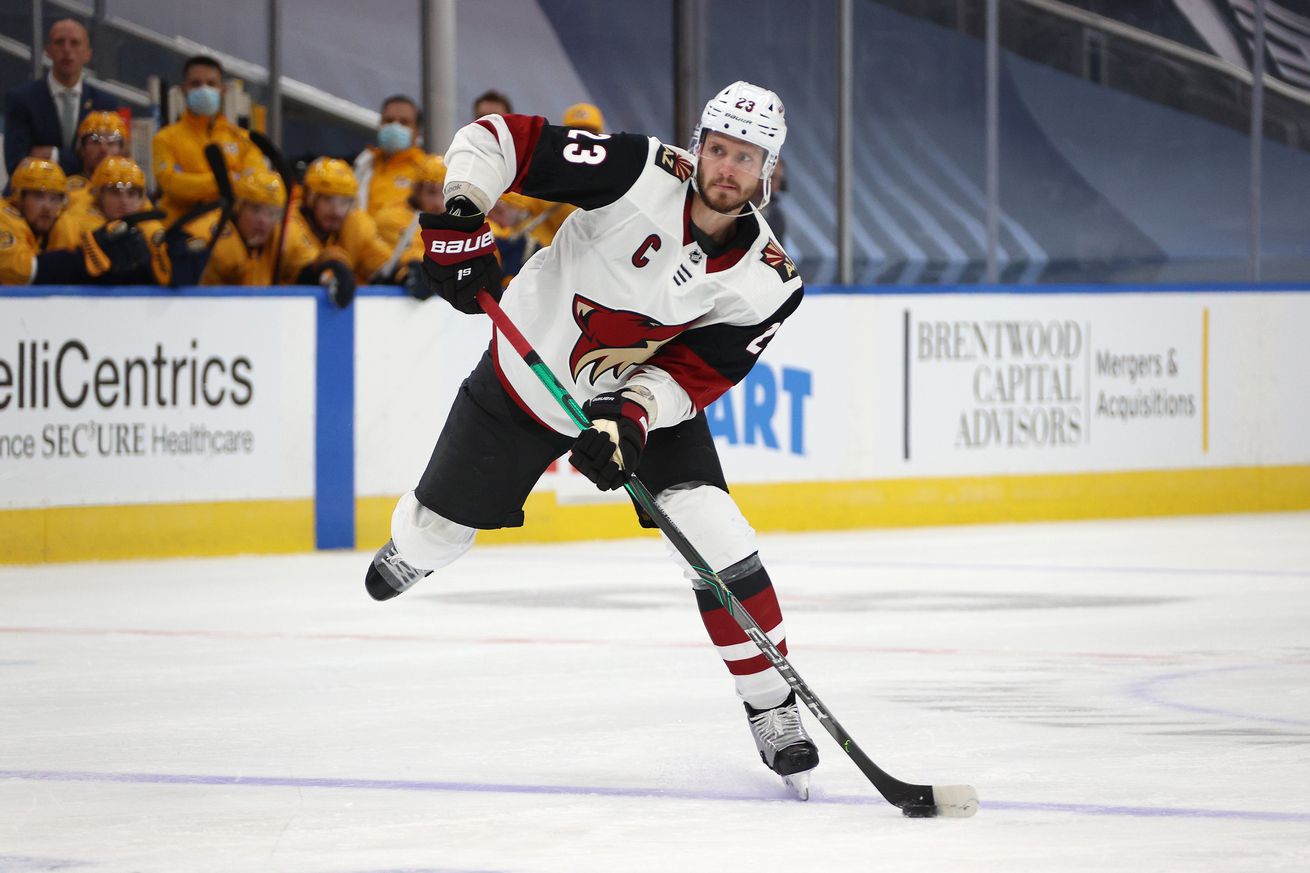 With the deadline passed, Oliver Ekman-Larsson will be with the Coyotes for the upcoming season.

There has been a lot of talk about Arizona Coyotes’ captain Oliver Ekman-Larsson, but reports are he will be in Arizona.

Ekman-Larsson has a no-movement clause on his contract, giving him complete control over his destination if he wishes to be traded. He gave the team two options, the Vancouver Canucks and the Boston Bruins, and a deadline, today.

Craig Morgan has been the go-to person for OEL Watch 2020, including the deadline.

Oliver Ekman-Larsson’s agent Kevin Epp tells me that OEL is staying with the Coyotes: “Time’s up.”

Oliver Ekman-Larsson has been with the Coyotes since being drafted by them sixth overall in the 2009 NHL Entry Draft and is the last member of the team to have played during the team’s 2011-12 run to the Western Conference Finals.

It’s tough to know what this will mean for the team moving forward. Even though Ekman-Larsson will be staying with the team, the front office shopping him and him providing teams he is willing to go changes the dynamic moving forward. And if the team regresses again this season, maybe OEL’s camp becomes more willing to expand their list.

It’s no secret that Oliver Ekman-Larsson is rarely playing at the level that his contract warrants. At one point he led his team in goals, only to see his offense slip over the years and with a change in coach.

We’ve also seen reports that coach Rick Tocchet would prefer a different style of captain, an issue that dates all the way back to Tocchet’s arrival and the team electing to play his first season without a captain.

After getting bounced from the first round and hiring a new GM it is hard to know what the Coyotes plan is. Do they need to do a full rebuild, or can they retool and stay competitive? Knowing who they can and can’t trade makes things a little bit clearer, but it will be interesting to see what moves the team makes now that free agency has officially begun.