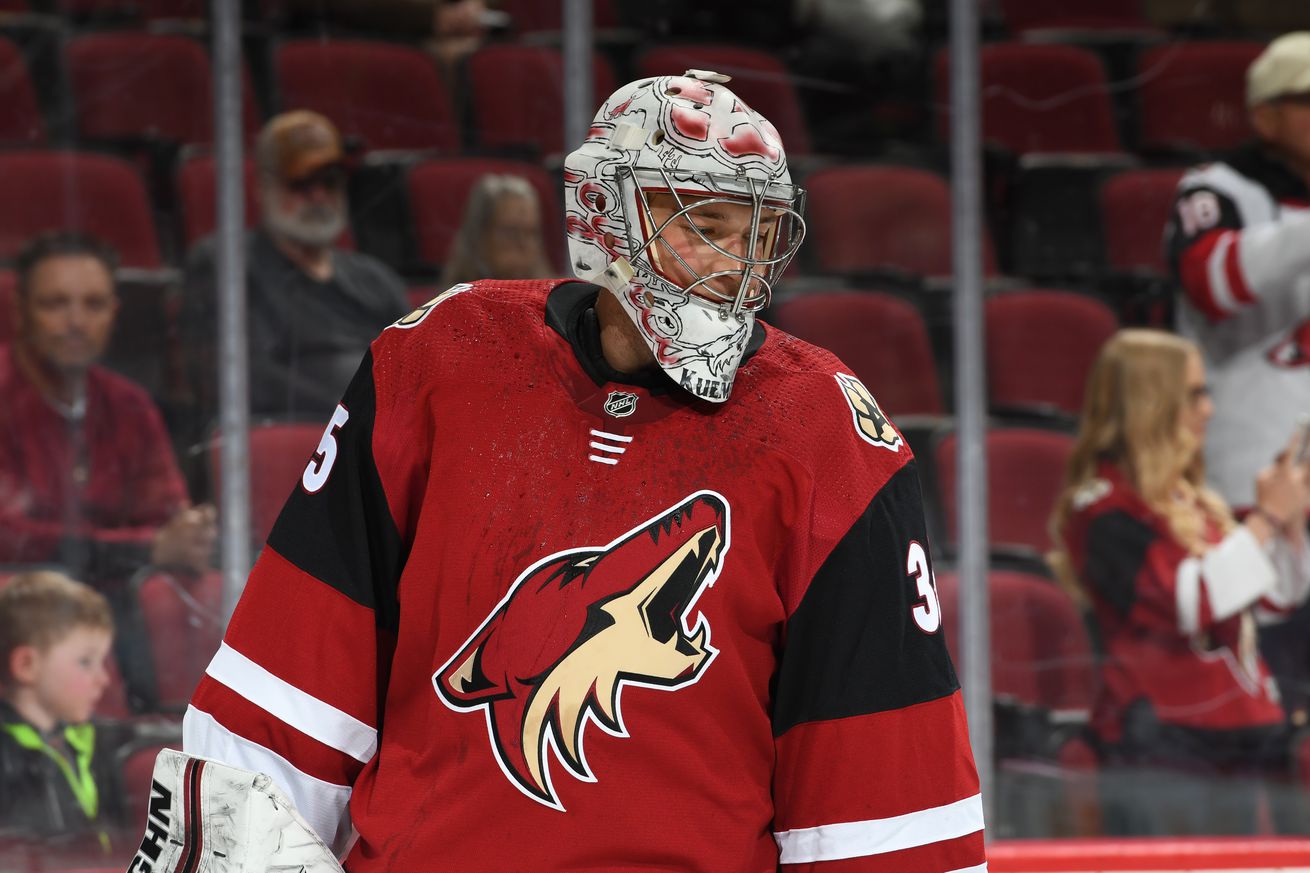 At one point the Coyotes were on top of the division. But then things changed.

At one point in the season, the Arizona Coyotes were on top of the Pacific Division. But things quickly changed, and when the season was suspended they were currently outside of the playoff picture.

After a so-so December, things would get much worse. Arizona had an abysmal 4-5-2 record in January and only slightly rebounded in February with a 6-6-2 record.

A big factor in the Coyotes record is the goals-against per games played. It went from 2.08 in October and 2.31 in November to 2.86 in December. Kuemper’s injury is a big part of that, things weren’t much better in January when the Coyotes allowed an average of 3.36 goals per game.

Raanta would right the ship in February, and the Coyotes’ average goals allowed per game would drop back down to 2.36, but unfortunately, scoring took a nosedive. The Coyotes hadn’t been scoring much the entire season, but it took a huge drop in February when they averaged only 2.64 goals per game.

Unfortunately, there isn’t one cure for the Coyotes’ troubles. Everything clicked in the first two months, but after that, they were out of sync. They were either allowing too many goals or scoring too few.