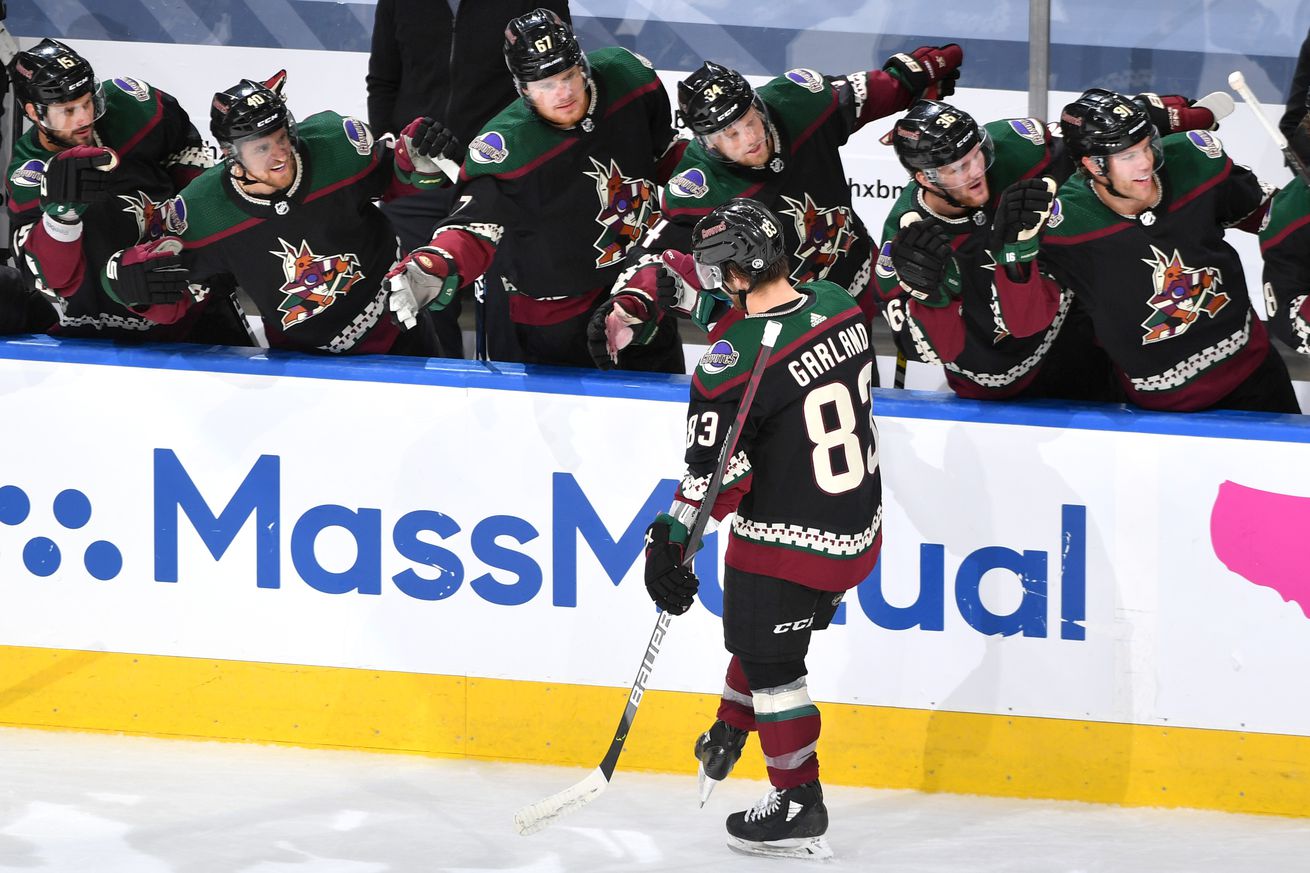 The Coyotes have struggled with consistent offense for years.

Two seasons ago the Arizona Coyotes did not have a single player reach the twenty-goal plateau. This past season only Conor Garland reached twenty goals, although the season being shortened by the pandemic likely had a lot to do with that. With a full 82-game season though the Coyotes do have several candidates for reaching twenty goals.

Crouse has been consistently improving every season. After a season largely spent in the AHL with the Roadrunners he had an 11-14-25 season. This past season was his best with fifteen goals, and with a full season, he will hopefully be able to reach twenty. Crouse doesn’t have consistent linemates, and it remains to be seen if he will be a big player on the top line or relied on for secondary scoring.

Dvorak likely would have reached twenty goals if he had another twelve games to get two more goals. After missing most of the 2018-19 season it was great to see him bounce back and have his best season since joining the team. His shooting percentage was down (13.4%), compared to his rookie season (17.05%) which suggests that he isn’t due for regression. Dvorak has proven to be an effective two-way center and probably doesn’t get the attention that he deserves.

Since being recalled from the Tucson Roadrunners, Garland has been a great goalscorer for the Coyotes. His willingness to go to the front of the net and willingness to play hard has made him a fan favorite and rewarded him on the stat sheet. Unfortunately, Garland wasn’t able to generate offense in his first visit to the postseason, being limited to a goal and an assist.

Keller’s contract makes him a lightning rod when it comes to criticism, but he is probably the Coyotes’ best forward. After a sophomore slump, he had a decent bounce-back season and is another player who likely would have hit twenty-goals if the season had continued. Keller did well in the postseason, leading the team in both goals (4) and points (7).

It is hard to call Kessel’s first season with the Coyotes anything but a total disaster. He was brought in to provide offense but for the first time in eleven seasons, he didn’t hit the twenty goal plateau. The lockout-shortened 2012-13 season only had 48 games and Kessel still managed to have twenty goals. The team can’t afford Kessel having another down season, which will hopefully come if he is healthy.