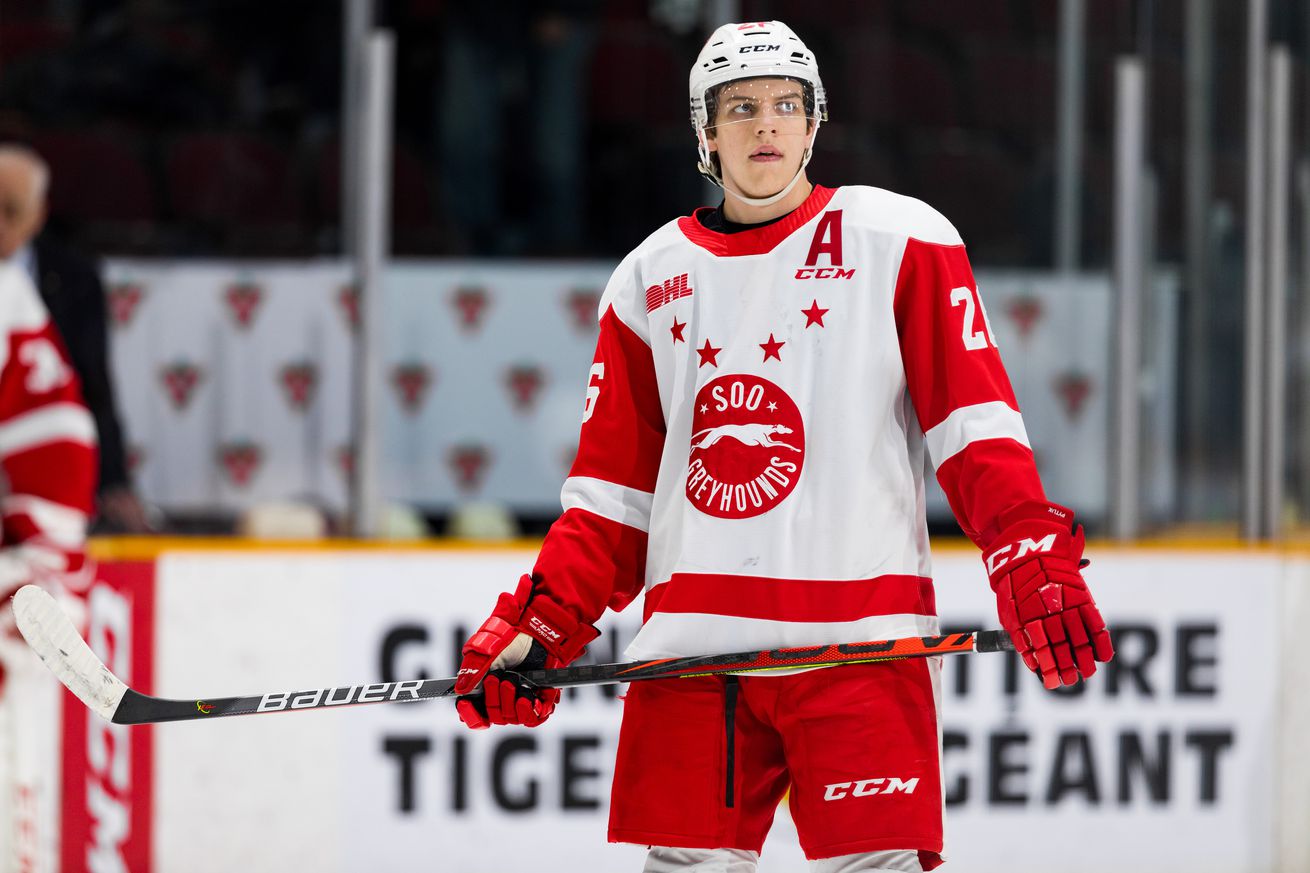 Photo by Richard A. Whittaker/Icon Sportswire via Getty Images

The Coyotes don’t have a first-round pick, so who should they look at in the second?

The Arizona Coyotes do not have a pick on the first day of the 2020 NHL Draft, so they will be focusing their attention on the second round when they make their first selection.

While the 2020 Draft has been postponed and it is unclear when it will take place, the Coyotes already know that they will not be selecting their first prospect until the second round.

If the season ends without being completed, with all current standings counting for draft position, the Coyotes would have the 41st overall pick, the tenth pick in the second round, so who should they be considering when their name is called?

The 18-year-old centreman is an intriguing prospect entering the draft, with varying opinions from scouts as to where he is most likely to be selected. Some organizations have him ranked as a late first-round talent while others have him sitting in the 50th-60th overall range.

Pytlik made the journey over to North America during the 2018/19 season, having already featured 24 times for HC Vitkovice in the Czech top tier, going on to register 19 points (11 goals, 8 assists) in 26 regular-season games.

He added a further eight points (four goals, four assists) in 11 playoffs games and has continued his decent offensive production during his first full season in the Canadian juniors system.

22 goals and 50 total points in 56 games for the Greyhounds before the worldwide pandemic cut seasons across the world short was an impressive tally, earning him a solid first/second round grading from many.

He has great size at 6-foot-3, 201lbs and is considered to be a strong all-rounder, capable of scoring goals, making plays at both ends of the ice and using his frame to play physically when called upon.

He also plays as a center, something that head coach Rick Tocchet would covet greatly, giving the team another prospect to develop with the view of having them step up in just a few seasons.

Pytlik’s production in juniors has been impressive, if not spectacular, after he made the move over to North America, getting off to a positive start with less than two seasons in the OHL under his belt.

With his overall draft ranking difficult to pin down, it is possible that the young Czech forward would be available when the Coyotes are on the clock.

The Coyotes need to add more offensively gifted players to their prospect pool, with very few top players outside of Barrett Hayton and Jan Jenik, with Chayka opting to select defenceman Victor Soderstrom in the first round in 2019.

When asked about what Pytlik brings to the table and the areas he could improve on in the future, Josh Tessler, the Director of Scouting at Smaht Scouting, provided his own views on the promising young Czech forward.

He commented: “Jaromir Pytlik will round out as a solid power forward. With that being said, his forechecking ability is his calling card.”

“The Czech Republic native is constantly being a pest in the offensive zone and challenging his opponents for the puck.”

“He truly shines in the offensive zone. Pytlik is well-balanced with his shot, his long-range and short-range shooting is in good shape.”

“In regards to his passing, he will consistently deliver accurate crisp passing. Outside of the offensive zone, his second best zone is the neutral zone.”

He added: “Pytlik reads his opponents well and causes interceptions at center ice. He will also execute good checks along the half wall in the neutral zone to slow down his opponent’s breakouts.”

“While there are plenty of solid attributes in Pytlik’s game, he needs to continue to work on his skating. He needs to further develop his edges and deploy a wider stride.”

“If you look at NHL power forwards like Mark Stone, they constantly need to deploy a wide stride in order to raise their momentum as they go into high gear to secure the puck.”

“Aside from skating, I would like to see Pytlik’s back checking be on the same level as his forechecking.”

He concluded: “The good thing is there is absolutely no pressure on Pytlik in terms of a NHL ETA. There is plenty of time for Pytlik to progress his defensive play.”

With Pytlik having so much all-around potential, if he is still available when the Arizona Coyotes make their selection at 41st overall, he could become another promising piece to the future puzzle.