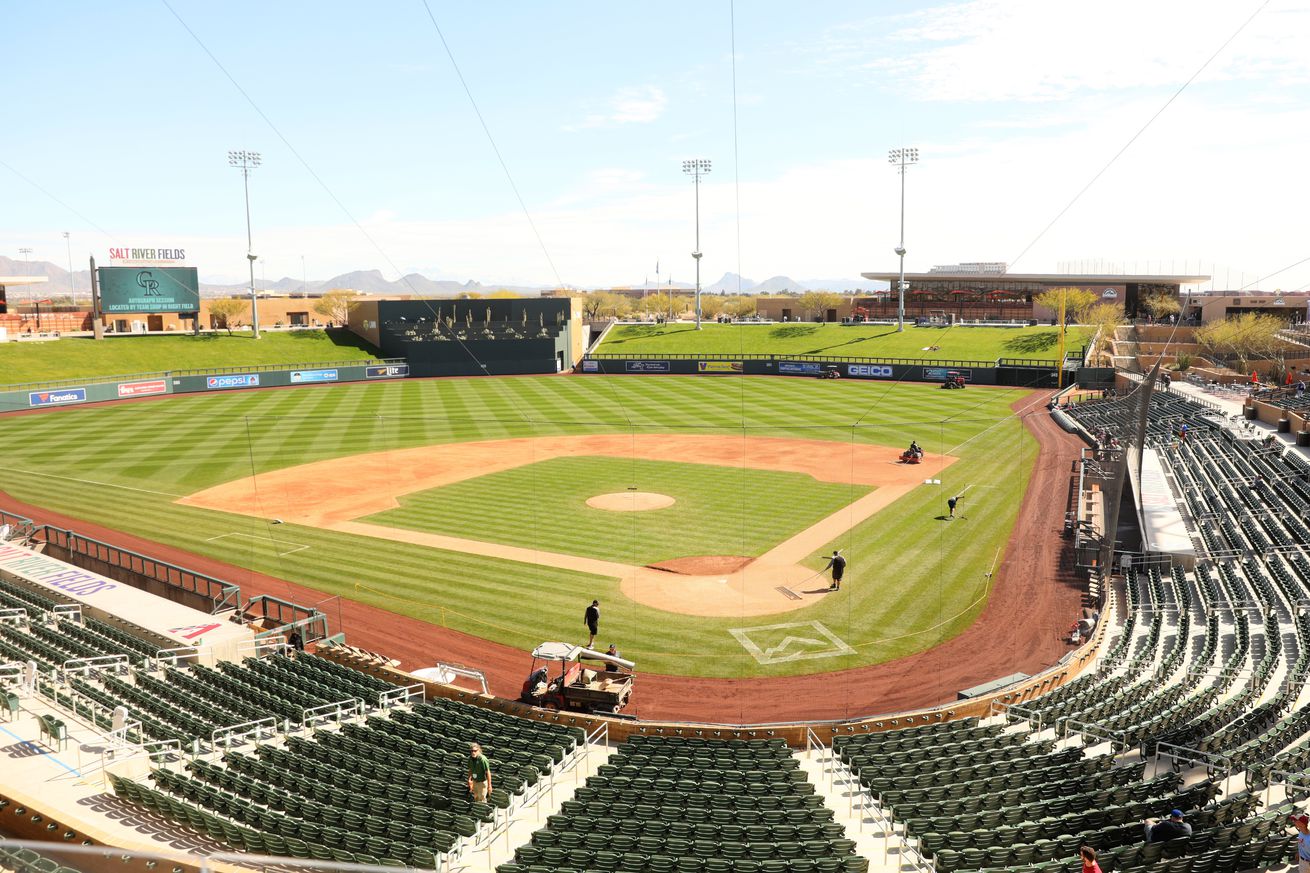 Photo by Will Powers/Icon Sportswire via Getty Images

Here’s to it going better than 2020 spring training

The Arizona Diamondbacks announced their 33-game Spring Training schedule, which features 15 home games and two road games at the award-winning Salt River Fields at Talking Stick. This season will mark the 11th season at the shared Spring Training facility with the Colorado Rockies, on Salt River Pima-Maricopa Indian Community land near Scottsdale.

The D-backs officially open their 24th Spring Training on Feb. 27 with a home game against the Rockies at Salt River Fields. The D-backs have 10 games against their National League West rivals and home games vs. Chicago Cubs and Los Angeles Angels of Anaheim, among others.

Ticket sales at Salt River Fields are still to be determined and will be announced at a later date. For more information about Spring Training tickets at Salt River Fields, visit dbacks.com/spring. The full schedule can be found below. The team’s home games are shown in capitals. It’s still to be decided who their opponent will be for the final two exhibition contests, back at Chase Field.