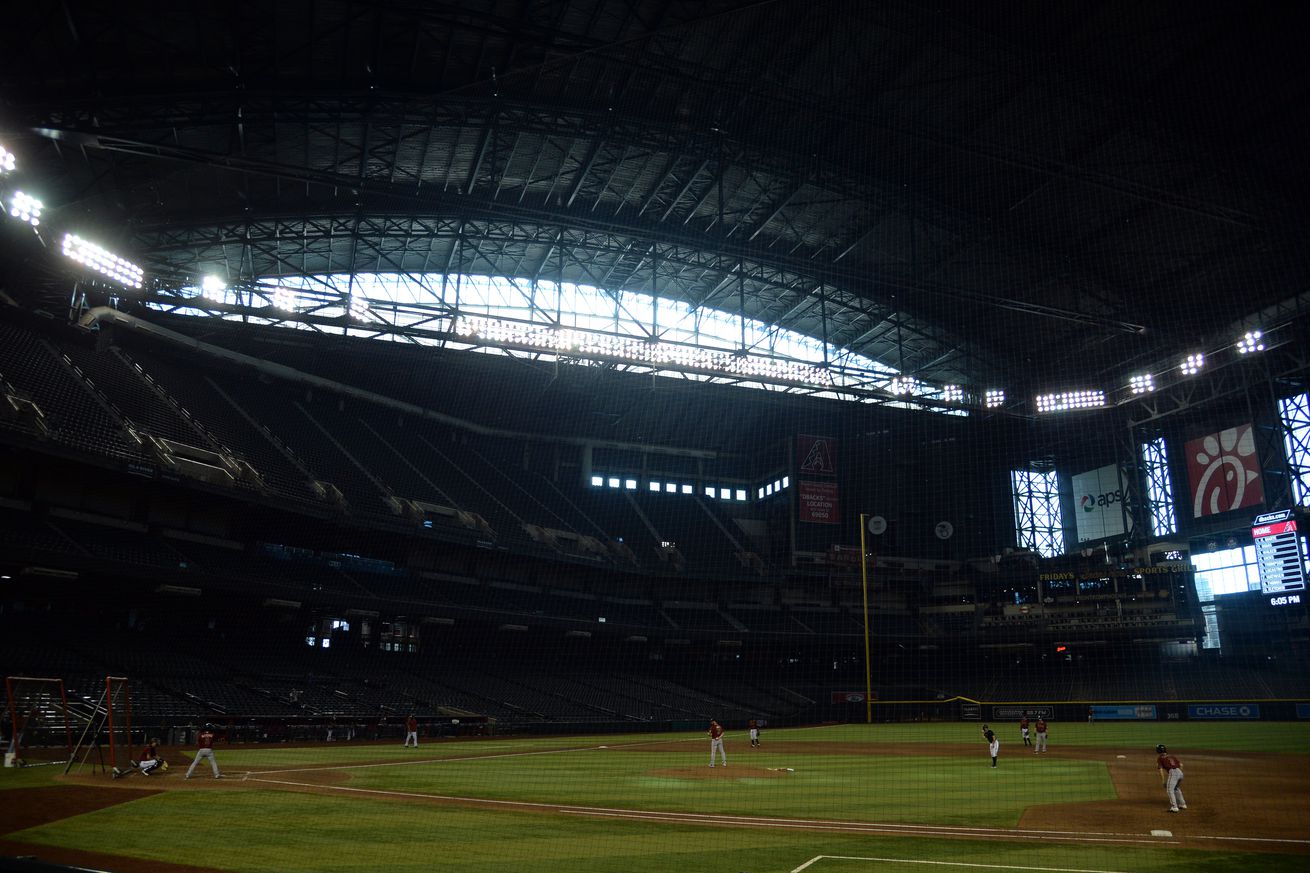 The last time we took the temperature of fans – and I mean that in a confidence way, not checking to see if you are infected with COVID-19 – baseball was indeed on the horizon. Not that anyone particularly seemed to have noticed, going by the number of participants. It was slightly up on the 59 from June, but only by less than a handful to 63. Though if you want to put a positive spin on that, we hadn’t had more votes in this poll since back at the beginning of February. When, y’know, baseball was still taking place. Here are the results.

Not a great deal of change. Perhaps some slight re-arranging of the deck-chairs – we did get some people voting “4”, which is more than can be said for last month. But that four-vote increase is tied with “5”, also plus-four, for the biggest change from the results at the beginning of June. This is reflected in the overall figure, which is 6.14. That is barely changed from the 6.12 figure at the beginning of June. Indeed, the 0.02 is close to the smallest month-to-month variation in poll history. You have to go all the way back to the first two polls, in January and February 2016, when confidence declined from 6.74 to 6.73, to find the only smaller decrease.

Below, you can see the breakdown for the past 12 polls’ results, followed by the line graph showing the trends over this and previous seasons.

We also asked you how confident you were that the 60-game plan would succeed. Though there was far from any consensus (the most-popular choice only received 17% of votes), there was general pessimism. The median vote was only a 4, with 44% below that in the 1-3 range. That’s twice as many as the 21% who voted in the top three categories, 7-9.

Yes, we have actual baseball games and Diamondbacks’ performances to analyze. The team is currently eight games into the season, though it hasn’t got off to the best of starts, with a 3-5 record. The pitching has been up and down, and there have been some terrible, glaring gaps in the offense. Jake Lamb is still a thing. But so is Ketel Marte. So, as ever, there’s a mix. Here’s the poll, and explain your working in the comments.

Here’s also a repeat of last month’s question, as to whether or not the season will be completed. I have a feeling I know in what direction the results here will head…