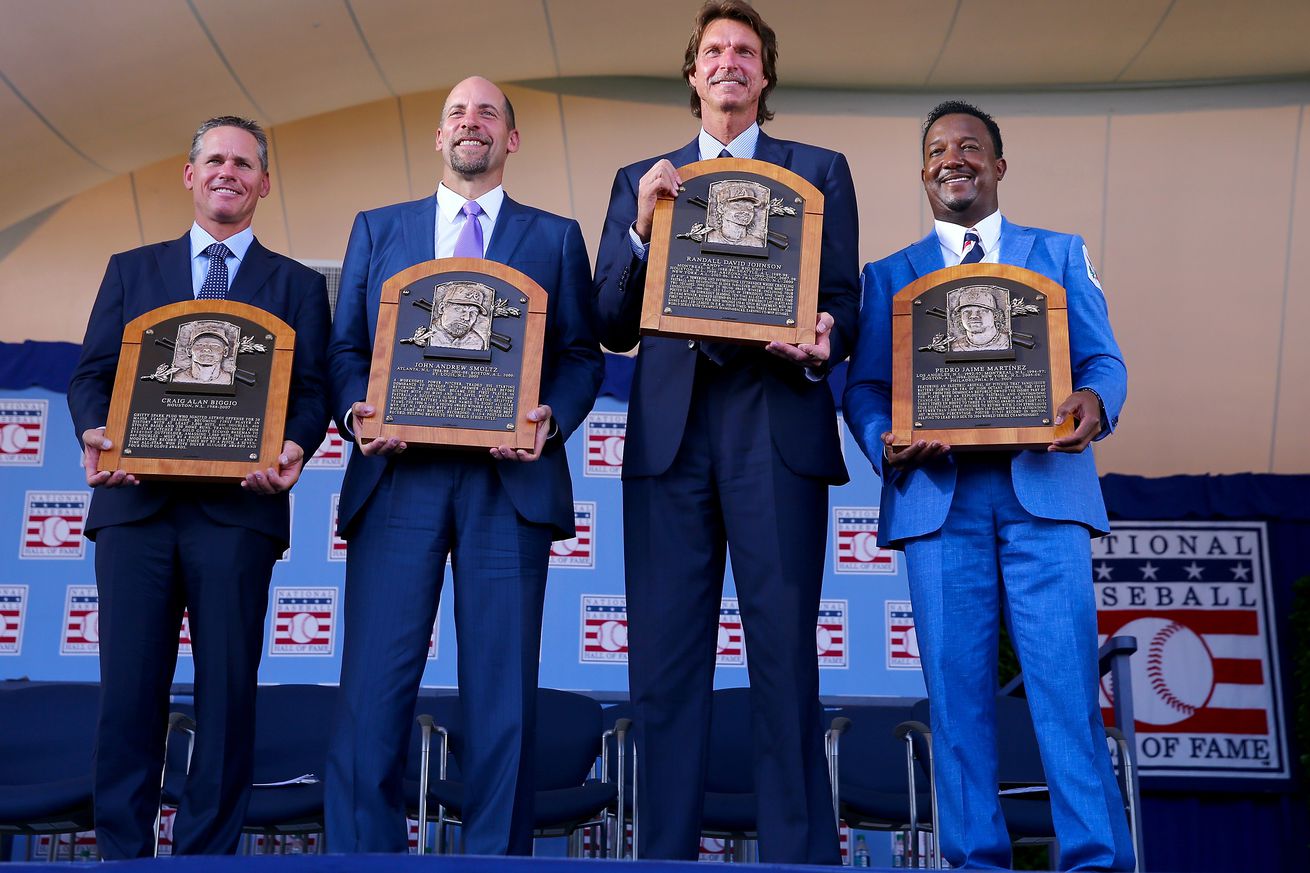 The perfect game is the highest pitching accomplishment in baseball, and it’s a story worth reading.

Let’s start with a perspective on pitching accomplishments, starting from difficult and ending with supreme-ultimate-near-impossible – the perfect game.

Shutout. 1679 shutouts have been pitched. A pitcher must pitch a complete game (regardless of innings, even if game is shortened by bad weather) and the opposing team does not score any runs. Randy Johnson pitched 7 shutouts.

No hitter. 303 no hitters were pitched through 2019. A pitcher must allow zero hits and complete an entire game of at least 9 innings.

One immaculate inning. 93 pitchers accomplished an unbelievable inning. A pitcher must strike out all three batters in an inning while pitching the minimum possible number of pitches – nine.

Pitching Triple Crown. 28 pitchers have led their league’s pitchers in each of three statistics: wins, ERA, and strikeouts. Randy Johnson won the NL Triple Crown in 2002.

20 or more strikeouts in a game. 4 pitchers have accomplished this rare feat. They were Roger Clemens, Max Scherzer, Kerry Wood, and Randy Johnson. Randy Johnson issued no walks. His game was against the Reds on May 8, 2001. He left the game after 9 complete innings, and the Diamondbacks won after two extra innings. As a side note, Randy Johnson had 18 strikeouts in three other games (September 27, 1992, June 24 1997, and August 8, 1997).

Perfect Game. 23 perfect games have been pitched. No pitcher has ever pitched more than one. A pitcher must complete an entire game of at least 9 innings and no opposing players reach base.

Let’s set the table by looking at situation on May 17, 2004. The Diamondbacks were 14-23, 8.5 games behind the Division-leading Dodgers. They lost their last 5 games, while scoring 8 runs. In the first of the 5 losses, Randy Johnson allowed 1 run and the Diamondbacks lost by a score of 0-1. What could turn things around?

Atlanta came close to ending the perfect game in the fifth inning. Drew hit a line drive to right field (the only Atlanta player to hit a line drive). Bautista saved the day with a basket catch.

As the ninth inning approached, how did Randy Johnson react?

In the top of the ninth, when Randy Johnson went to the plate to hit, the Atlanta crowd cheered because they knew history was being made. He grounded out to shortstop.

In the bottom of the ninth, when Randy Johnson stepped on the mound, the Atlanta crowd cheered even louder! He would face the last three batters in the Atlanta lineup.

First up was Mark De Rosa. The previous season, he hit 6 homers with an OPS+ of 81. With a count of 1-2, he hit a grounder to the infield and he was out. The win probability rose to 95%. The possibility of a perfect game drew the undivided attention of everyone in the stadium.

Second up was Nick Green. He was a rookie called up 3 days earlier. He had an RBI and two walks. He was definitely a threat to the perfect game. With the count 1-2, he struck out looking. Two out! Randy Johnson took a deep breath and let it go. The win probability rose to 98%. The likelihood of perfect game possibility drove every fan to their feet.

Third up would have been the pitcher Mike Hampton. Instead Bobby Cox, the Braves’ manager, sent Eddie Hampton to pinch hit. It was a great choice because his career .429 BA and 1.214 OPS against Randy Johnson. With the count of 2-2, Randy Johnson unleashed a 98 mph fastball. Eddie Hampton struck out swinging! Catcher Robby Hammock jumped in the air, many times. Randy Johnson smiled broadly – something I’ve never seen. In celebration, his teammates mobbed him near the mound. Fans continued standing and clapping until Randy Johnson left the field.

Recap of his perfect game.

Randy Johnson’s Game Score was 100. He threw 117 pitches, including 87 strikes. Of the strikes, 15 were looking, 26 were swinging, and 46 were swinging with contact. Let’s look at how the 27 batters fared.

This video (less than 3 minutes) shows the 27 outs. The perfect game was one of the Diamondbacks’ greatest moments.