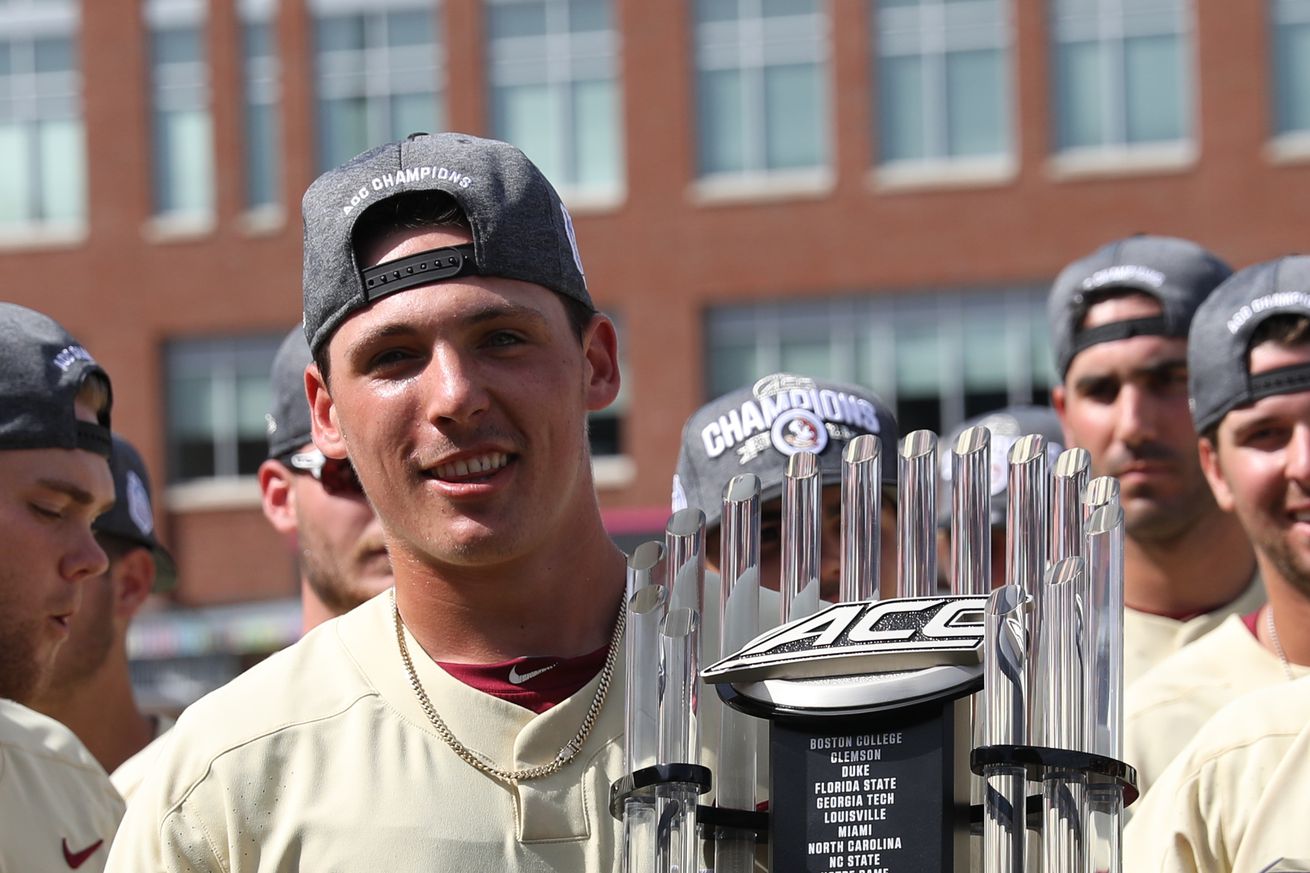 Some of the top college arms that could be available to the Diamondbacks with their second selection of the first night of the draft.

With the 18th overall pick, I expect the Arizona Diamondbacks to chase upside from the prep ranks. Most of the scouting reports I’ve published to the Snake Pit have covered some of the top high school position players and arms that could be potentially available at their top pick. I expect the team to try to balance out that risk by valuing a safer profile, something they’ve done on the first night in the past two seasons.

Drafting a college player not only balances out risk, but also could allow the team to get some savings and try to either go over-slot at 18 or make a splash with a prep player at 90. The slot value at the 33rd pick is $2,202,200.

Without further ado, let’s get to some of the potential arms that could be available at that selection:

Duke RHP Bryce Jarvis: Jarvis is well-known for throwing a perfect game early in the college season and has been flying up boards with a shortened, but very successful year. Jarvis has a pair of plus secondaries in his slider and change-up, but an improved fastball that’s now in the 93-96 MPH range gives him a #3 starter profile with a small chance of improving to a #2. Had Jarvis been able to pitch the full year and had shown staying power with the fastball, we’d be talking about him as a legitimate first round pick.

Texas Tech RHP Clayton Beeter: Beeter could sneak into the first round in this year’s draft due to explosive stuff, but has a bunch of red flags to look past. He had Tommy John surgery in high school, but had been otherwise healthy with improved stuff in college. He stared as a closer as a freshman before struggling with walks as a sophomore. He showcased improved control in the limited number of starts as a junior, so that could cause him to rocket into the CBA round, maybe the back-half of the first round. Beeter has plus velocities and spin rates on the fastball and curveball, but has significant reliever risk due to the lack of a 3rd pitch.

Wake Forest LHP Jared Shuster: Shuster has a playable three-pitch mix: Fastball sits 91-94 while topping out at 96-97, a slider, and a change-up. All three pitches project to be average or better and has dramatically improve his control and command in the past calendar year. He previously struggled to throw strikes as a freshman and sophomore, but something clicked in the Cape Cod League last summer and he’s been a strike-throwing machine since. The change-up is ahead of the slider in terms of secondary offerings, but Shuster has #3/4 starter upside with not too much risk.

Florida State RHP C.J. Van Eyk: Van Eyk is one of the safer starter projection for the arms expected to go in the top two rounds. He lacks a true plus pitch, but can command all four pitch types fairly well thanks to a smooth and repeatable delivery. The D-backs can try to add some mechanical tweaks to the delivery to make it more dynamic and explosive, but with no changes I see him being a relatively safe #4 starter projection and should be a quick to the majors type arm.

South Carolina RHP Carmen Mlodzinski: Mlodzinski is an interesting arm, but the lack of track record and lack of a true plus pitch is why I don’t have him as a potential first rounder. He has a solid body type for a starting pitcher and was dominant in the previous summer, so I believe he has a good chance to stick as a #3 starter with more risk than the two pitchers I listed above. While lacking in the swing and miss department, Mlodzinski forces a lot of ground ball contact.

Auburn RHP Tanner Burns: Burns would be a Top 15 pick if he were 2” taller, but the lack of ideal size could help him drop right to the D-backs at 33. With recent 6’0” or shorter starters becoming successful in the majors (Trevor Bauer, Sonny Gray, Marcus Stroman), there’s less risk with pitchers with smaller statures especially when factoring Burns was able to hold up for three years at the collegiate level as a starter. Burns has exceptional command, which plays up his slightly above-average arsenal of pitches.

LSU RHP Cole Henry: Henry is a draft-eligible sophomore with a rising stock, so he will be a more expensive sign than some of the other arms on this list. Overall, he possesses #2/3 starter upside with a strong 6’4” frame and a plus fastball and curveball along with a solid feel for a change-up. Henry has the leverage to go back to LSU for another year and continue to work on his stock and could be a potential first rounder if things went well in the next calendar year.

Mississippi State RHP J.T. Ginn: Ginn would have likely been a Top 15 pick, but he tore his UCL in March and needed Tommy John surgery to repair it. That will take him out of the picture for most, if not all, of the college season, which reduces his leverage to sign even as a draft-eligible sophomore. When healthy, Ginn had a plus fastball and slider combination that led to a lot of swings and misses and profiled as a potential #2/3 starter. The team that drafts him will be heavily scrutinizing his medical records.

There are other potential options at the pick including some well below-slot options in Jeff Criswell, Logan Allen, and Seth Lonsway, but I chose pitchers on this list who had at least one plus offering or a track record of success at the collegiate level. If the team goes with a prep arm at 18, we may see one of these pitchers be the follow-up pick to balance out some risk.