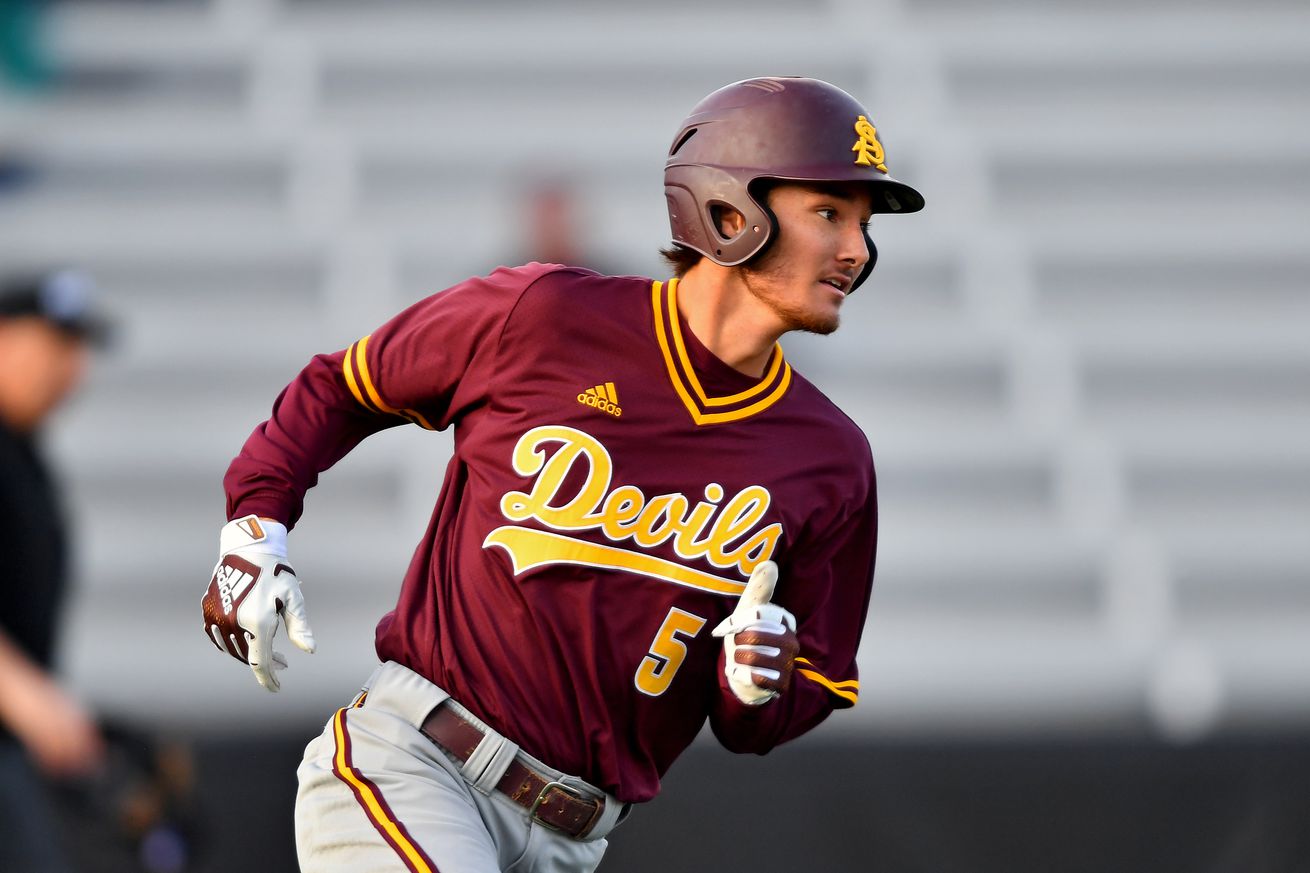 Previewing some of the top college bats that should be available when the D-backs pick again at 33.

There isn’t as much depth in bats as there are in college arms in this area, with most of the 2nd tier college bats likely going at the end of the first round.

Jordan Westburg, SS, Mississippi State, R/R: Westburg is an interesting projection for the left side of the infield. I believe he has enough athleticism and range to stick at SS, but his offense is a bit of a question mark if he needs to make a position change. Westburg has above-average pop with the bat, but there are concerns about his ability to make consistent contact. The overall offensive profile fits better for SS than 2B or 3B.

Gage Workman, 3B, Arizona State, S/R: Workman has the loudest tool set of this group, but also is the biggest work in progress offensively. Workman has 30+ HR power but has very exploitable holes in his swing due to selling out for more power. That gives him the lowest floor and highest ceiling offensively in this group of bats. Defensively he’s capable of playing 2B, SS, and 3B at a solid level, although the best position will be 3B where he has plus range and arm strength. He’s good enough defensively that teams will be patient with his bat at the MLB level.

Alika Williams, SS, Arizona State, R/R: Williams was the reason that Workman ended up at 3B, as he projects to be an above-average defender at the position with enough bat to be an everyday starter. Williams has the lowest offensive ceiling with fringey raw power, but thanks to good strike zone judgment and the ability to make consistent content he could put up enough offensive value to play the glove everyday.

Aaron Sabato, 1B, North Carolina, R/R: After Torkelson and Kjerstad, Sabato has the best raw power in the draft in the college ranks. While he’s defensively limited to 1B/DH, the D-backs don’t have a long term solution at 1B given that Christian Walker is nearing 30 and none of their 1B prospects have enough offensive upside to bump him off right now. Sabato isn’t just a free-swinging slugger like Cron, he’s also capable of being patient and taking walks when being pitched carefully. The bat will have to be his carrying tool due to having negative defensive and baserunning value.

Freddy Zamora, SS, Miami, R/R: Zamora entered the 2020 college season with a solid chance of sneaking into the first round, but suffered a knee injury that prevented him from playing as a junior. He has a similar skill set as Alika Williams, with better raw power and a more effective base-stealer. He has a really good chance to be a plus defender at SS if the knee injury doesn’t impact his range at the position. Teams will have to take a good look at the medicals and make sure there isn’t diminished athleticism.

It’ll be interesting to see if the D-backs target a bat with the 33rd pick. The team has quality prospects in the middle of the diamond and a few MLB-ready players in Kevin Cron, Josh Rojas, and Daulton Varsho. The team certainly can use more punch at the corner infield, although there are few prospects that provide that without major warts available this late in the draft. Most of the players mentioned above could be under-slot signings at the 33rd overall pick, which has a slot value of $2.2MM.