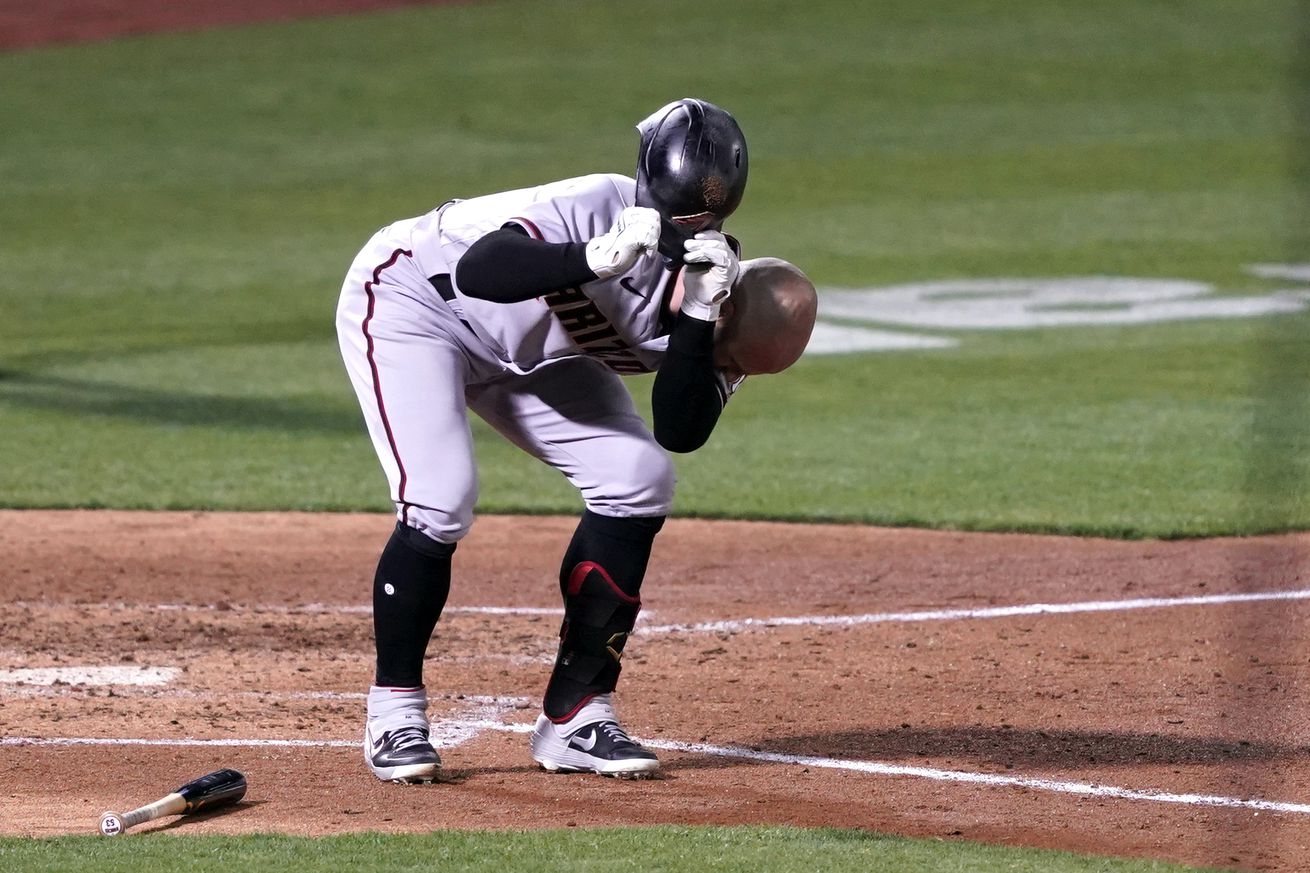 While a couple mistakes ruined Alex Young’s start, the offense did him no favors scoring only 1 run.

Alex Young was on the mound in just his 2nd start in place of Madison Bumgarner in the rotation. His first time was very good, allowing a single run across 4 1/3rds innings to the Padres in a 5-1 victory last Friday. He looked to start a new winning streak for the D-backs in the finale against the Athletics.

Things did not go according to plan out the gate, as a ground ball from Ketel Marte erased Tim Locastro from the basepaths en route to a 1-2-3 inning for the D-backs. Young actually cruised through the first two batters inducing a lineout and strike out before working ahead 0-2 on Matt Chapman, unfortunately a 92 mph fastball was hammered down the left field line and out of the park for an early 1-0 lead.

The teams matched outcomes in the next 2 innings, with both teams going scoreless while gathering only a single hit. That all changed in the 4th, as both teams had a batter reach 2nd base; the D-backs a leadoff double from Ketel, and a walk/stolen base from Mark Canha. Unfortunately the D-backs were unable to do much with it, with the next 3 batters retired in order. The A’s capitalized, as Matt Olsen homered to right, giving the home team a 3-0 lead.

And with that, Alex Young was finished for the night. He allowed the 2 homers for 3 runs, striking out 4 while walking 1, all while throwing 86 pitches across his 4 innings. It just goes to show how quick things can shift on you as Young was in control all game, aside from the 4th.

Stefan Crichton was summoned next from the bullpen and started out great, retiring the side in order in the 5th and escaped a 1-out double to give the team a chance. Yoan Lopez came next, allowing a leadoff walk but getting a double play and another ground out to end the inning. His next inning wasn’t as lucky, Laureano led things off with a liner to left and Chapman smashed a hanging slider deep into the night, 5-1 A’s.

Newly called-up Matt Grace came on in relief and was great, working around a walk of his own to strike out 2 and end the damage there.

The offense was pitiful all game, achieving just 6 hits on the night and getting their lone run off the bat of an Eduardo Escobar homer in the 5th. Just a pitiful night for the offense, all but dooming the pitching this game.

It’s bad when a reliever is your highest WPA on the night, but Stefan Crichton’s 2IP of scoreless baseball tops the list today at .064. Not even Escobar’s 2 for 4 night (.059) could push him to the top.

After a disappointing 2-game set in Oakland, the D-backs take a quick hop and a jump to Oracle Park in San Francisco for a 3-game set with the divisional rivals. Let’s hope they turn things around against the struggling Giants and get back into playoff contention.