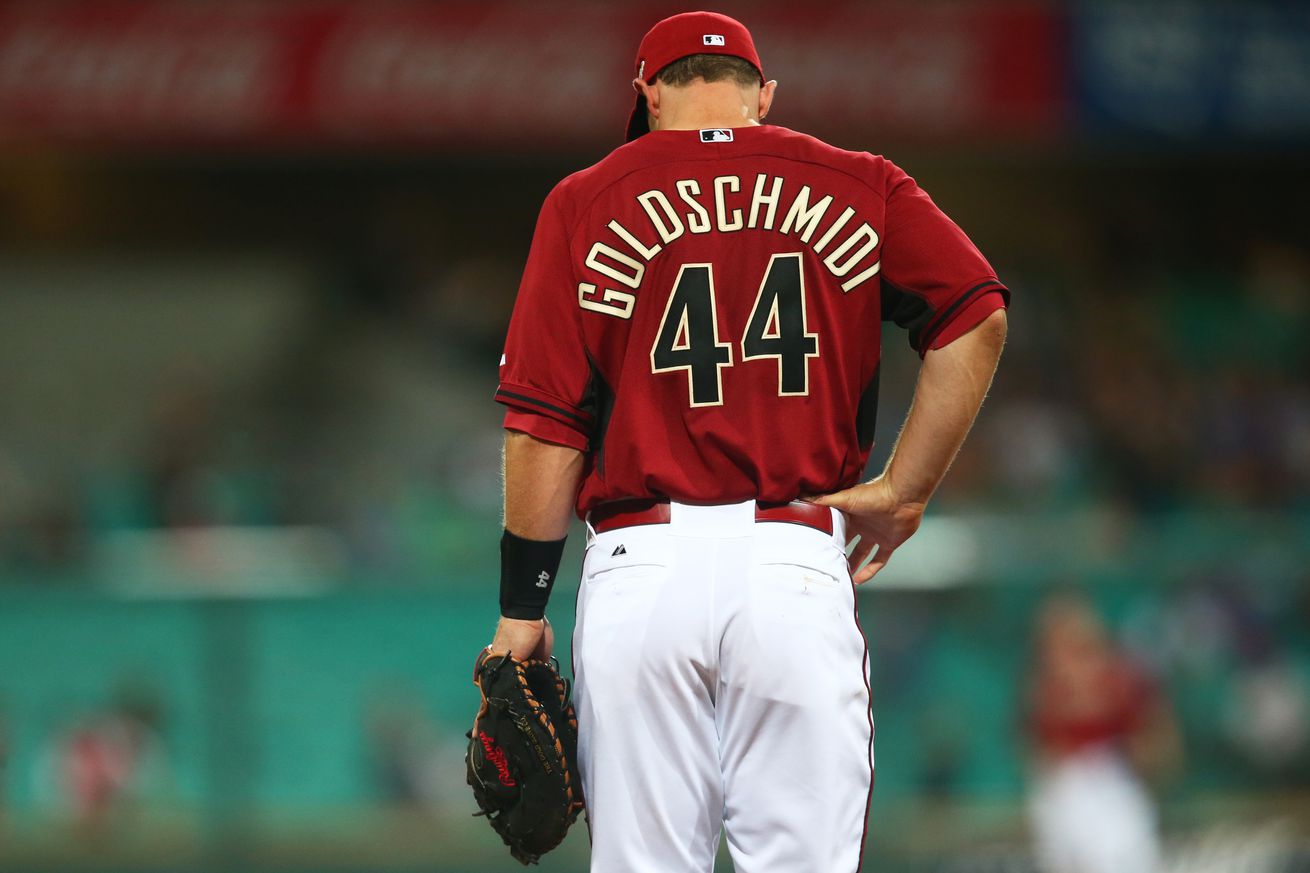 Arizona’s all-time great put together an impressive display in the minor leagues.

D-backs Farm Flashback is a new series coming to Az Snake Pit during the offseason, where I examine how former and current Diamondbacks players performed in the minor leagues. From decorated Hall of Famers and All-Stars, to spot starters and bench contributors, hundreds of professional baseball players worked their way to the major leagues. But how did their journey through the minor league ranks go? Let’s find out! Feel free to list any notable players or suggestions in the comments below.

The D-backs Farm Flashback series begins with former Arizona Diamondbacks first baseman Paul Goldschmidt. Little needs to be said about Goldschmidt’s impact in the desert, as the six-time All-Star and three-time Gold Glove winner cemented himself as one of the greatest players in Diamondbacks history.

Over eight seasons with the Diamondbacks, Goldschmidt was a constant offensive force who posted consistent production and eye-popping numbers throughout the organization’s struggles. He made just two playoff appearances in 2011 and 2017 before he was traded to the St. Louis Cardinals on Dec. 5, 2018.

Goldschmidt has found a home in St. Louis, but he was more than a promising prospect during his short stay in the D-backs’ farm system. He quickly advanced through three minor league levels in three seasons on his way to his MLB debut in 2011.

Goldschmidt was thrusted to the Diamondbacks Rookie League affiliate, the Missoula PaddleHeads, in his first MiLB season. Following a long college baseball season at Texas State, it didn’t take long for Goldschmidt to get adjusted to the pros, going 2-for-5 with a solo home run in his first game.

Goldschmidt led the Pioneer League in homers, slugging percentage and OPS while placing second in doubles and hits by the season’s end. His impressive performance with Missoula translated to a substantial leap by next year, and his name began garnering some national recognition.

After a promising first season, Goldschmidt skipped short-season ball and went straight to High-A Visalia. He followed it up with an even more impressive performance, leading the California League in home runs, OPS, total bases and beating out Seattle Mariners third baseman Kyle Seager for the league lead in doubles.

Goldschmidt’s offensive dominance in his first full MiLB season didn’t translate to much success for the Rawhide. He accounted for 28 percent of Visalia’s 124 homers on the year and drove-in 17 percent of its 626 RBIs. Regardless, Goldschmidt was well on his way to becoming an everyday big leaguer, and he earned well-deserved attention in 2010. He took home California League Rookie of the Year Honors and was named MVP of the California League.

After two successful stints in the minor leagues, Goldschmidt had one more level to endure before his time in the big leagues arrived.

Goldschmidt once again produced impressive numbers at the upper minor league levels with Double-A Mobile. He led the pitcher-friendly Southern League in homers and OPS. Goldschmidt and fellow teammate AJ Pollock formed a dynamic duo at the plate for the BayBears, as Pollock led the league with 169 hits that year.

Along with Goldschmidt’s numbers across the board, he drastically improved his plate discipline in 2011. He led the league in walks and cut down on his strikeouts, from 161 the year before to 92 with Double-A Mobile.

Goldschmidt earned a bevy of awards from national publications, including two spots on Baseball America’s All-Star roster and USA Today’s Minor League Player of the Year. He represented the Diamondbacks during the MLB Futures Game and won back-to-back MVP awards, this time in the California League.

With Goldschmidt and Pollock at the helm of the offensive attack, the BayBears beat the Tennessee Smokies— Double-A affiliate of Chicago Cubs— in four games to clinch the Southern League Championship.

Goldschmidt made his debut with the D-backs in on Aug. 1, 2011 against the San Francisco Giants. He earned a spot on the 25-man NLDS roster. It didn’t take long for Goldschmidt to stay in the big leagues long term, and he’s recognized as one of the best players to don the Sedona red. His dominant minor league stint translated to a successful MLB career full of awards and accolades that continue to grow with each season.