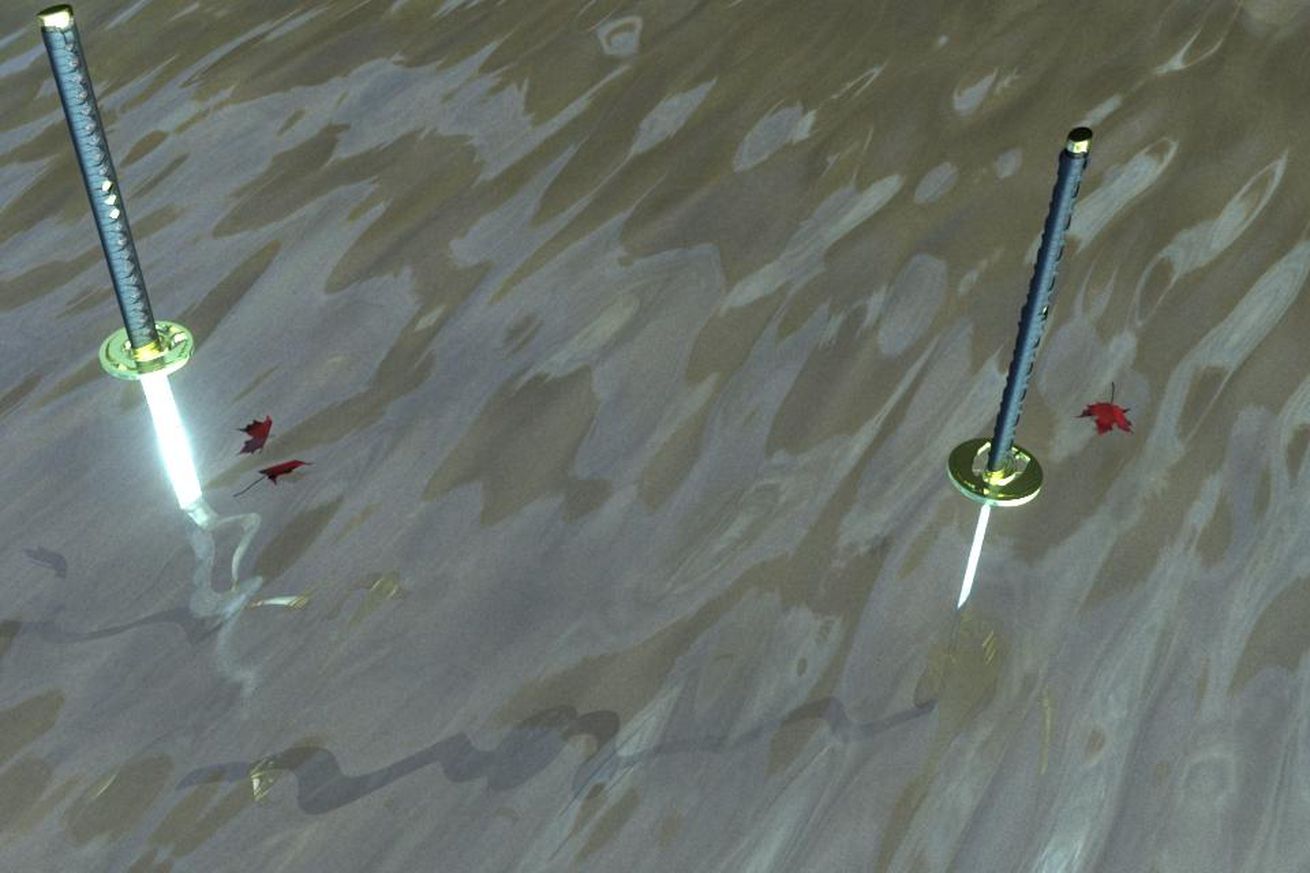 A tale of two pitchers

Ah yes, baseball up in the pines. Beer in hand, I sit next to the fireplace and prepare to watch baseball. Good times. The setting is made even more zen by listening to a doom metal album honoring the legend of Masamune & Muramasa, two legendary sword smiths who tested each others skill in a contest I’ll not bore you with here. But I assure you it’s cool. [Jim adds: Yes. Yes, it is]

Enough of that though, it’s time for baseball and beer.

Merrill Kelly gets the start tonight and he wastes no time setting the tone for the game: 3 Ks through 4 batters. That’s a first inning I can raise a toast to.

Nothing to report in our half of the 1st. Just more of the offensive frustration we’ve kinda come to expect when we face the Padres. Hopefully that will not continue this time around.

As Merrill cruises through the 2nd I’m impressed with just how well he’s done both this year and last. No one, and I truly mean no one, saw him putting up meaningful innings as a starter last year. He’s proved us all wrong and I’m so happy for it. Still 0-0 going in to the bottom of the 2nd.

Lamet is throwing no-hit baseball through two innings, and when you’re throwing 99 mph I guess I can’t get too mad yet. Probably just my zen surroundings calming me down though, we’ll see how much longer I endure.

Ugghhhh. Love me some Andy Young, but that’s the second throwing error by him and we’re only in the 3rd. Gotta polish that kinda play up Young, we of the Brute Squad have patience, but not that much.

Despite two more runners reaching after the error Merrill manages to salvage the inning, looking quite calm and cool as he does so. He’s got some amazing movement on his pitches and you can tell the Padres are flustered by him. 0-0 going in to the bottom of the 3rd.

Still no hit through 3. At least the night is young and my tunes are awesome. Go D-backs….

Meanwhile, on Planet Kelly, the dominance continues. The Padres are no slouches, but Kelly is making them seem as much. I’d like some office, but a good pitching duel I can always get behind.

Never been to Tombstone, but this brewery makes me want to visit far more than reliving the OK Coral would. God damned amazing suds.

The no-no gets broken up in the 4th, but still no runs for either side, and both Lamet and Kelly are looking very dialed in at this time. Might not reach my third beer after all. Darn…

This game really does have the feel of the Japanese legend I mentioned at the beginning; two masters of their craft, one’s art is full of calm and patience (Kelly), the other full of violence and aggression (Lamet). Both are now pitching at their peak and it’s only a matter of who will be judge the winner, but in our case there are no wandering monks passing by to give fair judgement.

Varsho gets on with a 2-out bunt single to give us some hope here in the 5th, but to no avail as Ahmed becomes yet another victim of Lamet’s boundless fury. Still happy to see Varsho producing though as he represents yet another aspect of this team’s future. Too bad he won’t have a full season to prove it. 0-0 tie going in to the 6th.

Six innings in and Kelly cutting through this lineup surely as any katana would cut through a blade of grass and just as effortlessly. He’s a master on the mound now, and he looks not just in control, but totally at ease as well.

Kole undoes this puzzle that is Lamet with a no doubter to right field! He’s no traveling monk, but his bat has just past judgement on this contest, though there still is a lot of game left. 1-0 Dbacks.

Kelly leaves the game in the 7th with two outs as Torrey opts to finish the inning out with Guerra. Merrill had a truly magnificent outing and every single one of us should take note of that.

After such an amazing outing it is only right to raise a fresh glass to Merrill. Here’s to Merrill Kelly, may he strikeout out every batter he faces. **drinking noises**

Rondon our fragile one-run lead alive through the 8th, but we could sure use some insurance. Please. I’m not asking for much. Just a run or two

KOLE!!!! We owe this score (2-0) as much to him as we do Merrill. He’s been a huge pickup for this team and I fervently hope that will continue on in to a full season.

KMarte and Starling tack on two more runs and we’re at 4-0. I like this kinda party.

Soon thereafter Peralta drives in Starling and we’re now in a 5-0 game with only 1 out still. Hell yea. And there the score ends for the inning and that run cushion I prayed for is a reality.

Chafin does his job and the night is over. Night all, and thanks for reading.

Yeah, context probably matters for that. We’ll be back at Chase Field tomorrow night, as the D-backs look to set a franchise record for consecutive home wins against the Padres. We’re not back atop Mt. 500 yet. But you can see the summit from here…