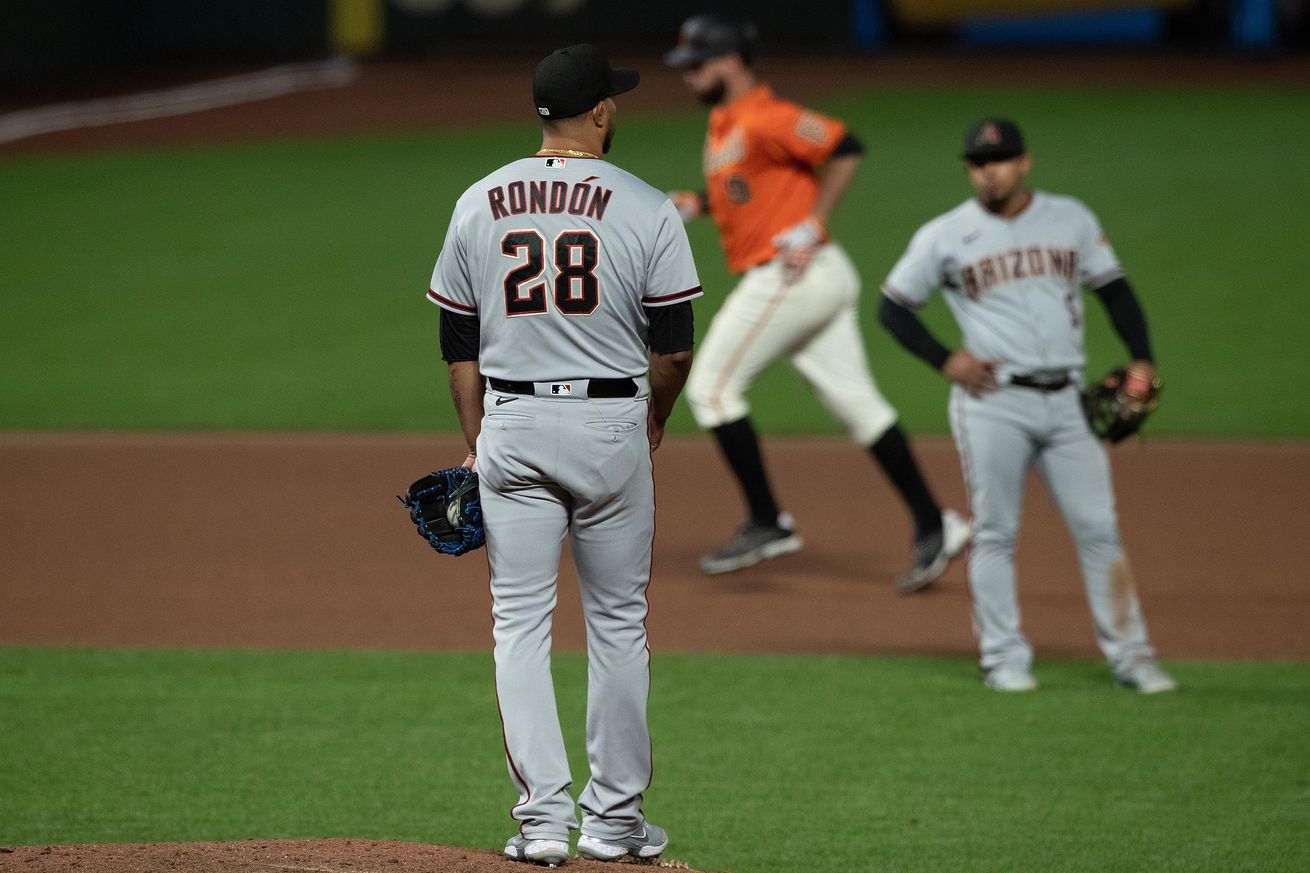 My first unsurprised face of the off-season

I didn’t even get round to doing a write-up on whether or not the Diamondbacks should exercise the option on Hector Rondon. So let’s start with him. There was a $4 million option for the team on his services, and a $500K buyout. If Rondon had performed at anything close to his career levels before 2020 (ERA+ of 125), and if the team was not operating in a COVID-19 infected financial landscape, that could well have been a decent rate. However, neither of those prove to be the case. Rondon’s ERA ballooned to 7.65, tied for 10th worst in franchise history for a pitcher with 20 innings pitched in a year. And with his FIP being 6.59, it’s not as if his performance deserved better.

As with all the options, they were agreed in a time when it was expected that there would be a full 2020 season, with fans in the stands. That didn’t happen, leading to a sharp reduction in team revenue across the board. As a result, the market for free-agents looks likely to be significantly depressed this winter. This means option rates, set back when COVID-19 was still an external problem, are now over-priced in comparison. It’ll be interesting to see where salaries settle, and what Hector ends up getting. However, $4 million now longer seems anything like a bargain, unless he was going to close for the D-backs. Rondon’s poor performance makes that extremely unlikely.

The Leake departure isn’t a surprise either. As we discussed, while the monetary situation there is obscured by clouds, the fact that Seattle are paying the buyout means Arizona basically get to walk away, unencumbered financially. For Guerra, the situation is a bit different. He pitched pretty well, with an ERA of 3.04, though his FIP was more than a run higher, at 4.12. But as Jack subsequently mentioned in the comments, the team still has the reliever under control, even after declining the option. He’s in his arbitration years, so what he’ll get there will follow the usual process if no agreement is reached. Team and player each submit a figure, and an arbitrator then decides which of those is most appropriate.

How the numbers will work is yet to be decided, but MLB Trade Rumors projects an arbitration salary for Guerra of between $2.7 and $3.3 million. Even the upper end is below the option value ($3.5 million), so the team declining this makes sense. The team could also non-tender the player, if they felt like going that route, though with the loss of other experienced arms like Archie Bradley and Andrew Chafin, I suspect they will retain Guerra’s services for 2021.

In other roster-related news, the team removed Bo Takahashi and Silvino Bracho from the 40-man roster, outrighting them to Triple-A Reno. Takahashi has yet to make his major-league debut. He was briefly on the roster in August 2019, but was sent back down without making an appearance, when he would have become the first Brazillian-born player to appear for the Diamondbacks. Bracho was coming back from Tommy John surgery, and threw one inning in the majors, allowing two runs to the Rockies on September 26. His future will depend, first and foremost, on proving himself healthy next spring.