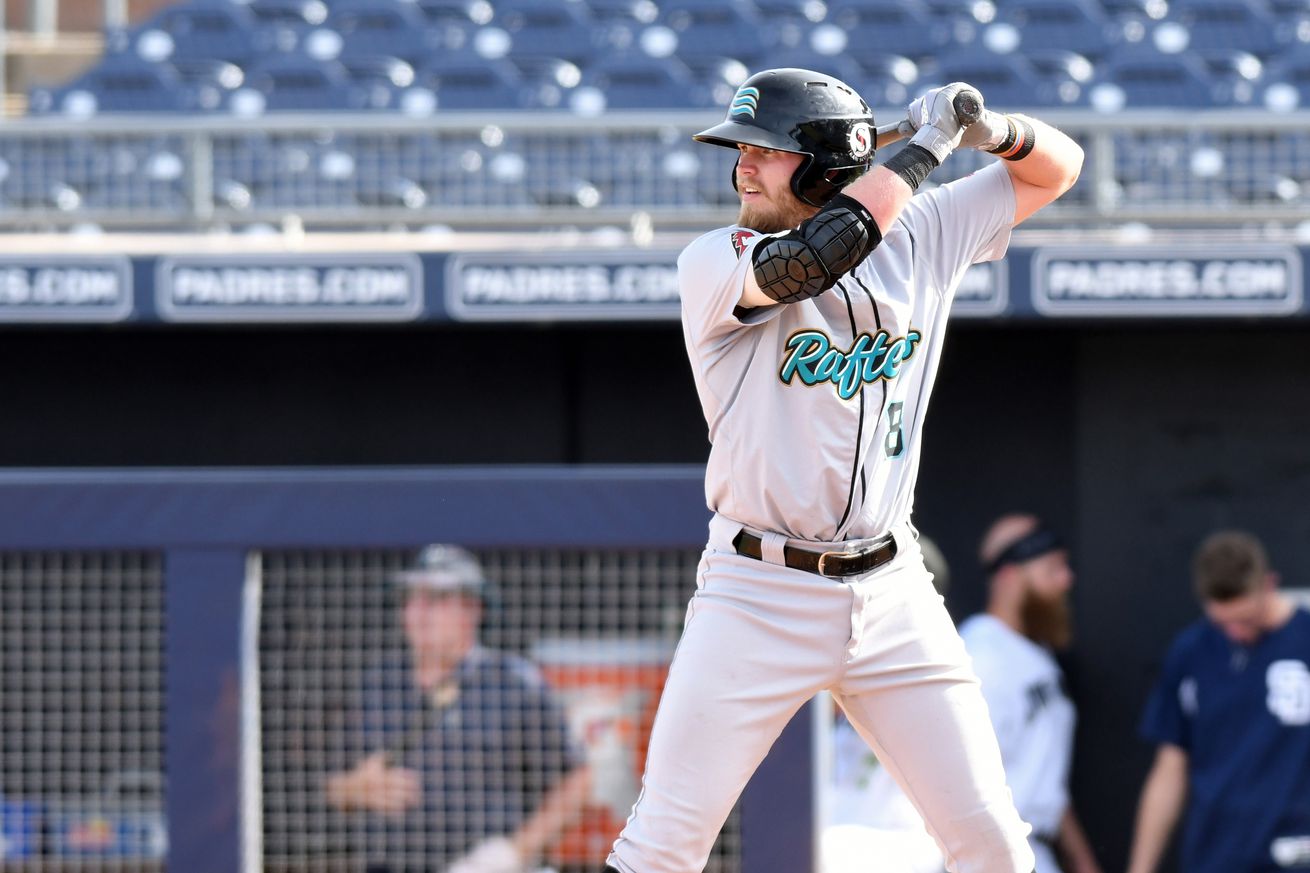 Several prospects from Arizona’s farm system can make their MLB debut next season.

The Arizona Diamondbacks will finish the last 12 games of a disappointing 2020 season, but pieces of their farm system have showcased flashes of hope and optimism for the future.

Arizona has called up seven prospects to the big leagues this season, and more players will make their way to the majors in 2021. Most of the Diamondbacks’ top prospects haven’t reached Double-A and may be a year or two away from making their MLB debut, but the system is filled with prospects ready to contribute.

The cancellation of Minor League Baseball this season has made the arrival to Arizona challenging for some prospects. If and when MiLB returns in 2021, the elimination of up to a quarter of minor league teams will drastically change the landscape.

It was difficult leaving off notable names such as pitchers Luis Frías, Levi Kelly and outfielder Dominic Fletcher off the list, but they haven’t reached a high enough level in the minors to be hoisted to the majors just yet. Regardless, below are six names who could make their MLB debut with the Diamondbacks next season.

Slugging first baseman/outfielder Seth Beer was one of four prospects acquired by the Houston Astros in exchange for Zack Greinke at the trade deadline last season. He was added to the D-backs’ expanded 60-man roster this season after his impressive showing between two minor league clubs in 2019.

Before the trade, Beer slugged his way to the Astros’ Double-A Corpus Christi, hitting .299 with a .950 OPS. He added one homer and 17 RBIs in 24 games with Double-A Jackson and represented the Diamondbacks in the Arizona Fall League, where he was later named to the All-League team.

A first round pick in 2018 out of Clemson, Beer is equipped with a ton of power from the left side that projects well at the major league level. The primary concern is his defensive fit in the big leagues. He struggled mightily in the outfield in college and profiles more as a first baseman with his 6-foot-3, 225-pound frame.

Beer was used in the infield and outfield in the minors last season with 74 starts at first base and 33 starts in left field. Christian Walker is a massive roadblock for Beer to get consistent plate appearances— along with Kevin Cron and Pavin Smith— but his plus-bat can bring much needed power to the Diamondbacks as he handles more duties at first base.

J.B. Bukauskas joined Beer as one of four prospects involved in the Grienke deal. The right-hander was added to the 60-player pool after posting a 5.44 ERA and 109 strikeouts over 92.2 innings with Double-A Corpus Christi and Double-A Jackson last season.

Houston selected Bukauskas No. 15 overall out of North Carolina in 2017, and his stuff has developed over the past three seasons. When at his best, he comes equipped with a four-pitch mix which includes a mid-90s fastball and a deceptive low-80s changeup against lefties. But he’s struggled with control and dips in velocity during the intrasquad scrimmages this season.

Questions surround Bukauskas as to whether he’s better suited as a starter or coming out of the bullpen. He had 16 starts and six bullpen appearances with the two Double-A clubs last year. By next season, Bukauskas can benefit Arizona’s pitching staff if his control and command checks out.

Right-hander Josh Green is a bit of a “late bloomer” as a prospect due to his age, but he’s strung together consistent outings in the minors and was added to the 60-player pool this season. Green had a 2.71 ERA and 101 strikeouts over 126.1 innings with High-A Visalia and Double-A Jackson. He spent most of the year with Visalia, but continued his strong outing with the Generals over his last eight starts to earn the Diamondbacks Organizational Pitcher of the Year award.

Green’s low-90s sinker forces ground balls at an elite rate, he posted a near 68-percent ground ball rate in his pro debut in 2018. He also has a pair of plus off-speed pitches in a curveball and changeup. Green will need to refine his repertoire to get more swing-and-miss at the MLB level.

Green was a 14th round selection by the Diamondbacks out of Southeastern Louisiana. He may spend a decent portion of the 2021 season in Double-A or Triple-A, but he can be make his D-backs debut later in the year.

Drew Ellis has been a consistent force within the D-backs’ minor league system since he was selected in the second round out of Louisville in 2017. Ellis batted .238 with 14 homers, 23 doubles and 63 RBIs at a .715 OPS in Double-A Jackson last season.

He has a career slash line of .238/.335/.416 over three minor league levels and has a quick glove defensively. Ellis’ ceiling to tap into more power is a bit low, and he may be more of a finished product without much room to grow. His numbers could receive quite the boost if he gets promoted to the offense-heavy Pacific Coast League in Triple-A Reno.

Ellis doesn’t have the offensive profile to be an everyday player in the majors, but he could make his MLB debut next season as an occasional substitution in the infield. The Diamondbacks have options scattered across the infield, but Ellis may get the call up if he improves his bat in the minors.

Since signing with the Diamondbacks out of the Dominican Republic in 2013, Emilio Vargas has spent seven seasons in their minor league system. His first-ever call up to the big leagues may be on the horizon after a strong showing with Double-A Jackson in 2019.

The right-hander posted a 5-3 record and 3.78 ERA in 17 starts over 85.2 innings with the Generals last season. Vargas was optioned to Triple-A Reno on March 6 and was expected to begin the 2020 season there before MiLB’s cancellation, and he wasn’t added to the 60-player pool.

Injuries derailed some of Vargas’ 2019 season, but he’s been effective on the mound when healthy. He has a three-pitch mix of a low-90s fastball, curveball and occasional changeup. Vargas is likely to start 2021 at one of the upper minor league levels, but he could make his MLB debut with the Diamondbacks in the near future.

Outfielder Stuart Fairchild was one of the players Arizona acquired from the Cincinnati Reds in exchange for closer Archie Bradley at the trade deadline this year. He played 109 games over two levels with High-A Daytona and Double-A Chattanooga last season.

A second round pick by the Reds out of Wake Forest in 2017, Fairchild was ranked as MLB Pipeline’s No. 11 Reds prospect. He now ranks as the D-backs No. 14 prospect in their system.

Despite his lack of home run power, Fairchild has solid tools across the board that can translate to the big leagues. He is a consistent hitter with a track record of getting on base, and his plus-speed can fill in at all three outfield spots defensively.

Fairchild was a late addition to Arizona’s farm system, but his speed and hit tool can push him towards his MLB debut sooner than later.