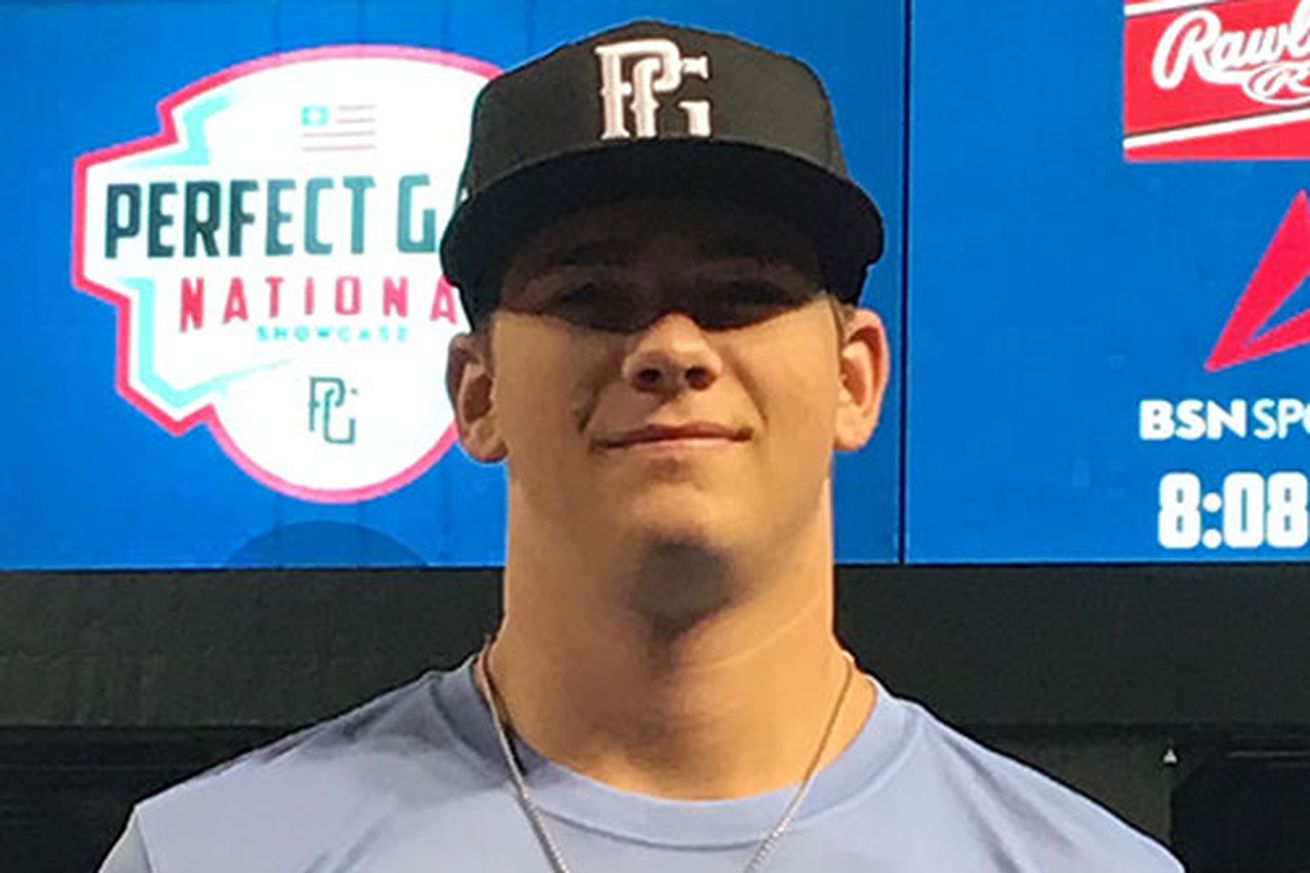 The Diamondbacks open up the second day of the draft with their third round pick. At 90th overall, the D-backs select North Carolina left-hander Liam Norris. Last year, the team took another 6’4” North Carolina prep lefty in Blake Walston. A year later, history repeats itself as the team once again gets a tall lefty with a fastball, curveball, and change-up.

I got a chance to watch him pitch at the Perfect Game showcase a year ago. Back then, Norris showcased a fastball around 90-92 with a curveball in the 70s and a low 80s change. His command was spotty in the showcase, which led to him falling behind. Overall, he fits the mold the team likes with a high arm slot FB/CB combination.

Over the summer, his stuff ticked up where his fastball jumped up to 96 and both his curveball and slider flashing plus action. He’s also been developing a change-up, but it significantly lags his other pitches. Control has been the biggest issue, due to 107 walks in 141 innings in high school. The lack of consistency throwing strikes also has a significant reliever risk in his profile, despite having Day 1 level stuff. Norris is also pretty close to maxed out physically, so the present stuff is what the D-backs would most likely get, which profiles with the ceiling of a #3 starter if he can find the zone.

The first order of business for the D-backs will be to put up a signing bonus large enough to lure Norris away from a commitment to the University of North Carolina. The slot value for the 90th pick is $657k, although the team certainly has plenty of ways to try to make it work.