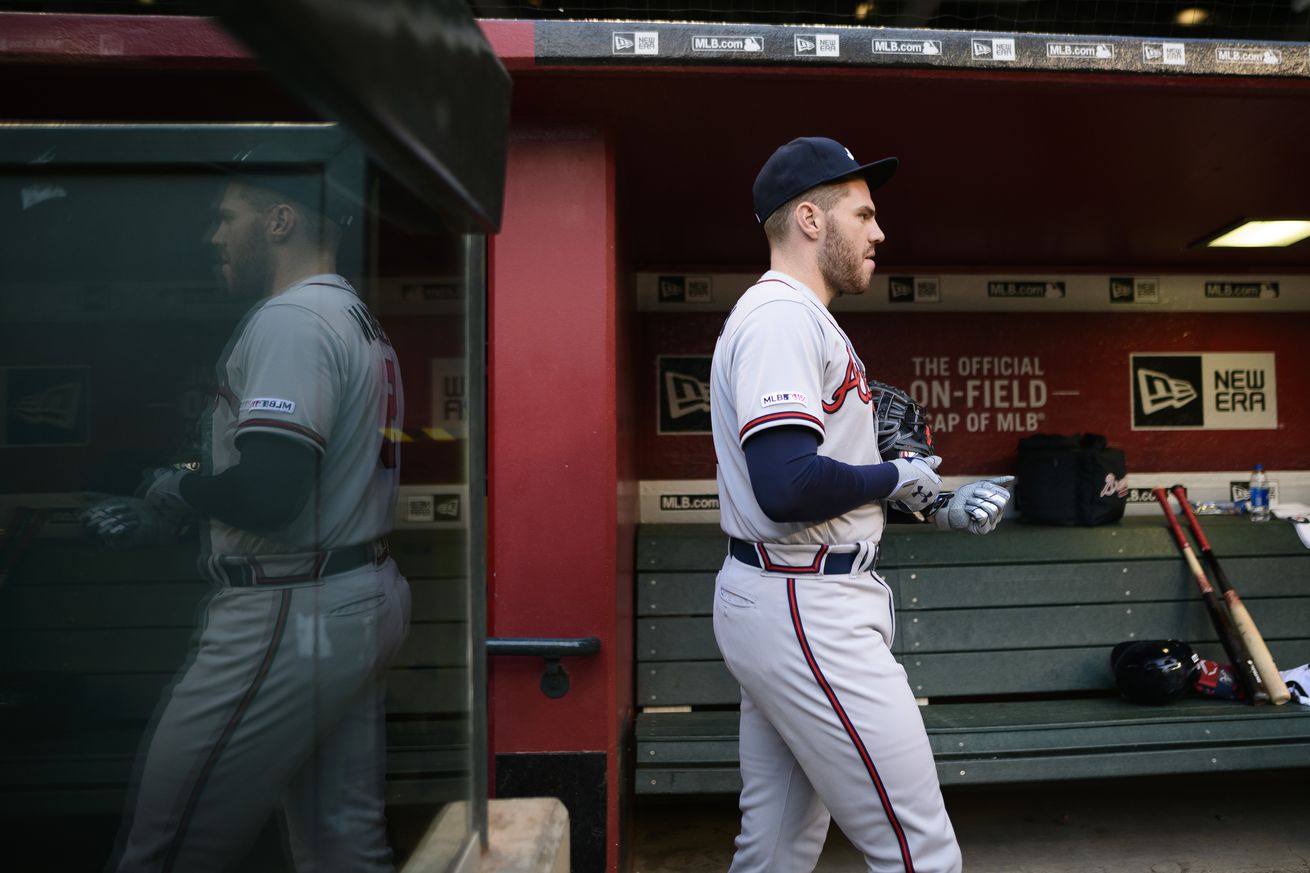 But at least the Dodgers* didn’t win.

The Atlanta Braves’ Freddie Freeman charged to victory in the 2020 MVP voting, getting 28 of the 30 available first-place votes. The Dodgers* Mookie Betts got the other two, and secured the runners-up spot, with Mannie Machado of the Padres finishing in third. There were some former Diamondbacks to be found further down the ballot. After winning the Cy Young award yesterday, Trevor Bauer finished 10th, and first-baseman Paul Goldschmidt, now a Cardinal, was 15th. Former Arizona first-round pick, Dansby Swanson, received one tenth-place vote, so thanks for that, Dave Stewart. That vote came from Bob Nightengale – he was also one of the two people to put Betts ahead of Freeman.

It’s the first season since 2014 than no Arizona players has received a mention. Last year, Ketel Marte finished fourth, and arguably should have been higher, putting up more bWAR than two of the three men who were ahead of him. But considering the D-backs had the second-worst record in the National League this year, ahead only of the Pirates (who didn’t get any votes either), it’s hard to feel too hard-done by. Still, let’s end this on a positive note – which Diamondback do you think is most likely to get votes in the 2021 NL MVP balloting? While Zac Gallen would be the obvious choice for Cy Young, there’s perhaps not any such clear-cut favorite on the position player side…

Let us know your thoughts in the comments!