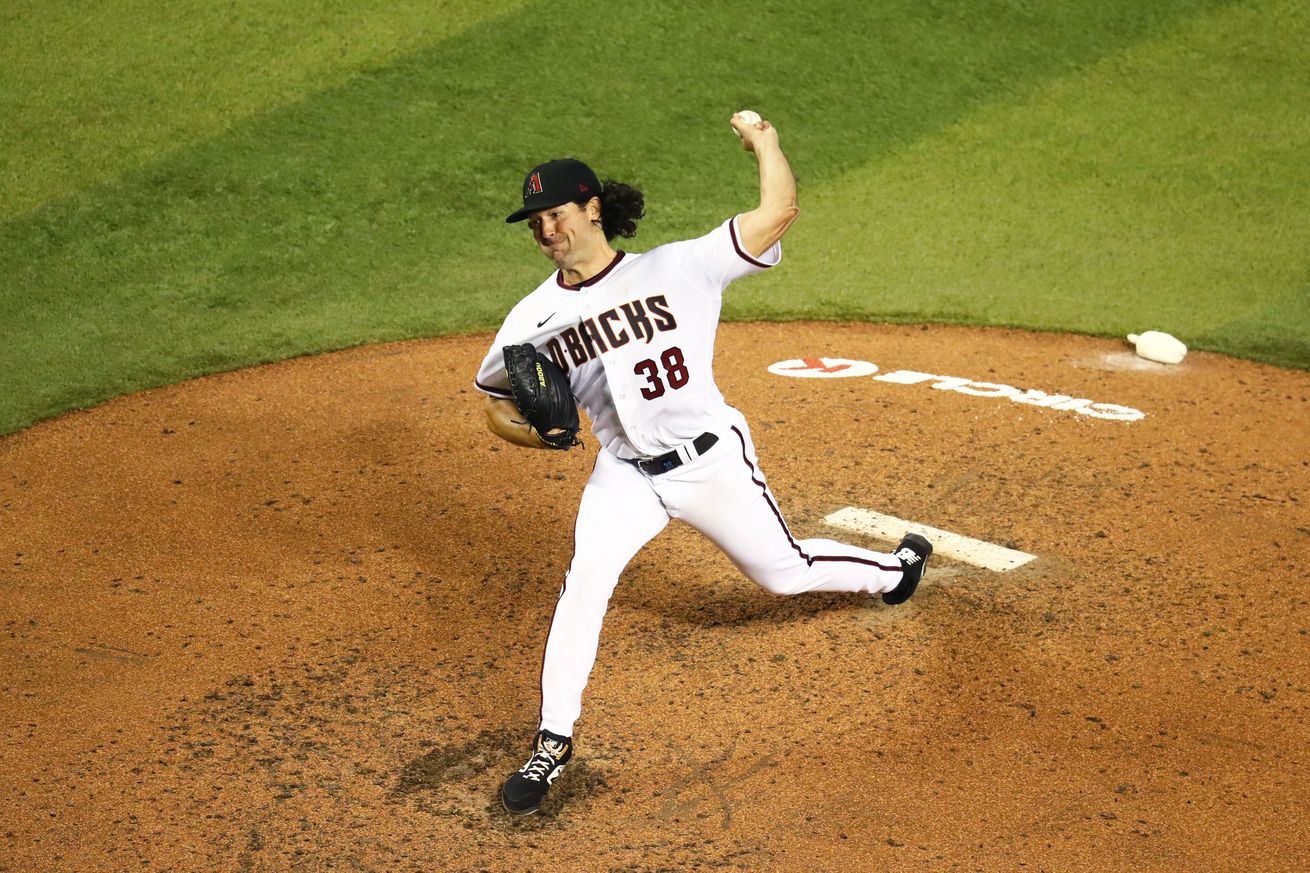 Looking to get back on track, Ray struggled with command and control, leading to an early deficit that was too much to overcome.

Much has been discussed about Robbie Ray’s inability to go deep into games. This year was supposed to be different, with a new delivery and physique lending to better command and efficiency. It’s been everything but so far, and tonight was no exception.

A walk to Mookie Betts led things off for the Dodgers, and Max Muncy singled to put runners on the corners with nobody out. Two flyballs later, and it looked like Ray was going to escape with minimal damage, just a lone run given up at that point, but man of glass A.J. Pollock homered to left to push LA up 3-0 after 1 inning.

Ross Stripling was the opposing pitcher for the Dodgers, and while he has had decent career numbers against the D-backs (career ERA under 4), the offense didn’t care, as they continued their struggles. The only things of note were a homer from Ketel Marte in the 3rd and a two-out double from Carson Kelly early on.

Ray continued to struggle with his command over the rest of his start, walking 6 batters over 4 2/3rds IP. But despite that, he only allowed a solo homer to Corey Seager and a double to Pollock who scored after a couple of ground outs. All in all another disappointing performance for Ray, who seemingly could not find his fastball command as Jack pointed out in the GameThread, he threw 44 total with only 18 counting as a strike.

You hope Ray figures it out sooner rather than later, as he himself has mentioned it’s an important season for him. Not only as a potential FA but as a current rotation piece for the 2020 Diamondbacks. Ray will only see 10 more starts this season and if they’re anything close to the level we’ve seen so far, he might have to take a bounceback 1-year deal rather than cashing in on a relatively weak SP market.

The offense finally pounced in the 6th, down 6-1 after Seager and Muncy homered, Marte took a wild curveball from Stripling to the dome for a HBP. A fielder’s choice from Escobar followed, but Christian Walker doubled to left, scoring a run. Vargas popped out against new pitcher Adam Kolarek but Carson Kelly blooped a single to right to score Walker from 2nd, cutting the lead to 6-3. Unfortunately that was all the offense could muster the rest of the way. Special mention must be made to Daulton Varsho, who made his MLB debut in the 9th and even drew a walk after working the count full against Pedro Baez.

In relief the bullpen was tasked with finishing off the final 4 1/3rds innings of this game and they performed admirably. Stefan Crichton, Alex Young, Junior Guerra, and Yoan Lopez all pitched scoreless appearance in their allotted 3 batters minimum, with only Young allowing a homer to the aforementioned Muncy.

Comment of the thread goes to since_98 for this excellent meme.

The Dodgers and D-backs are back at it tomorrow same time as tonight with Zac Gallen facing off against Tony Gonsolin. Let’s hope the offense shows up.