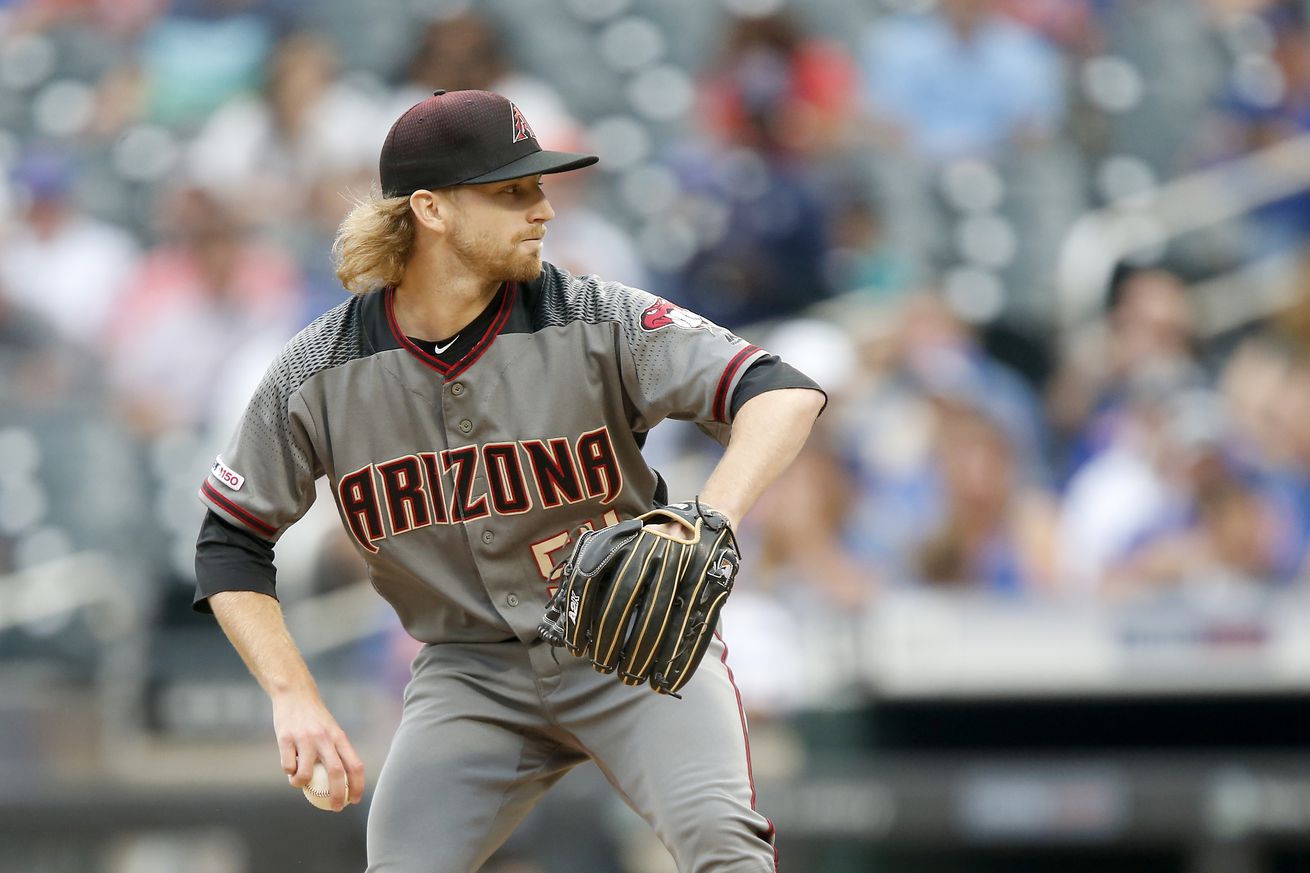 The reliever’s fall from Diamondbacks favor is complete

The pitcher formerly known as Jimmie, latterly James, Sherfy, was released by the Diamondbacks tonight. He had been on the 60-man expanded roster, but had not been called up to the majors this season. Originally a 10th-round pick for the Diamondbacks in 2013, he reached the show in late August 2017, and made a name for himself by posting a zero ERA over 11 appearances. He is the only pitcher with a 0.00 season ERA and 10+ innings of work in his first campaign, since Mike Hinckley in 2008.

He extended the streak with three more scoreless appearances in May 2018, but was optioned back down, and it felt as if the team had suddenly soured on him. He made only one more appearance that year before rosters expanded in September. Regardless, he had a good final month, with a 1.46 ERA over 12.1 innings, and it seemed he would potentially be part of the team’s bullpen plans for 2019. That didn’t happen. He did get some work in the second half of May, and after an appearance on May 27, had a career ERA of 0.98 over his first 36.2 innings. That prompted the #FreeSherfy movement, which included supporters on Fangraphs.

But he missed much of the second half with injury, and when he returned, September proved the cruelest month. Sherfy had an 11.42 ERA, including one nightmare against the Marlins on September 17, where he became the first D-back since Joe Paterson in 2012 to allow five hits without retiring a batter. The reliever was designated for assignment in January, after the team signed – oh, the irony! – Hector Rondon. He subsequently cleared waivers, and was outrighted off the 40-man roster. Sherfy’s time here ended with a 2.98 ERA over 45.2 innings. Only six players have a lower ERA for Arizona (min 45 IP): Buchholz, Ziegler, Gallen, Putz, RJ and Oliver Perez.