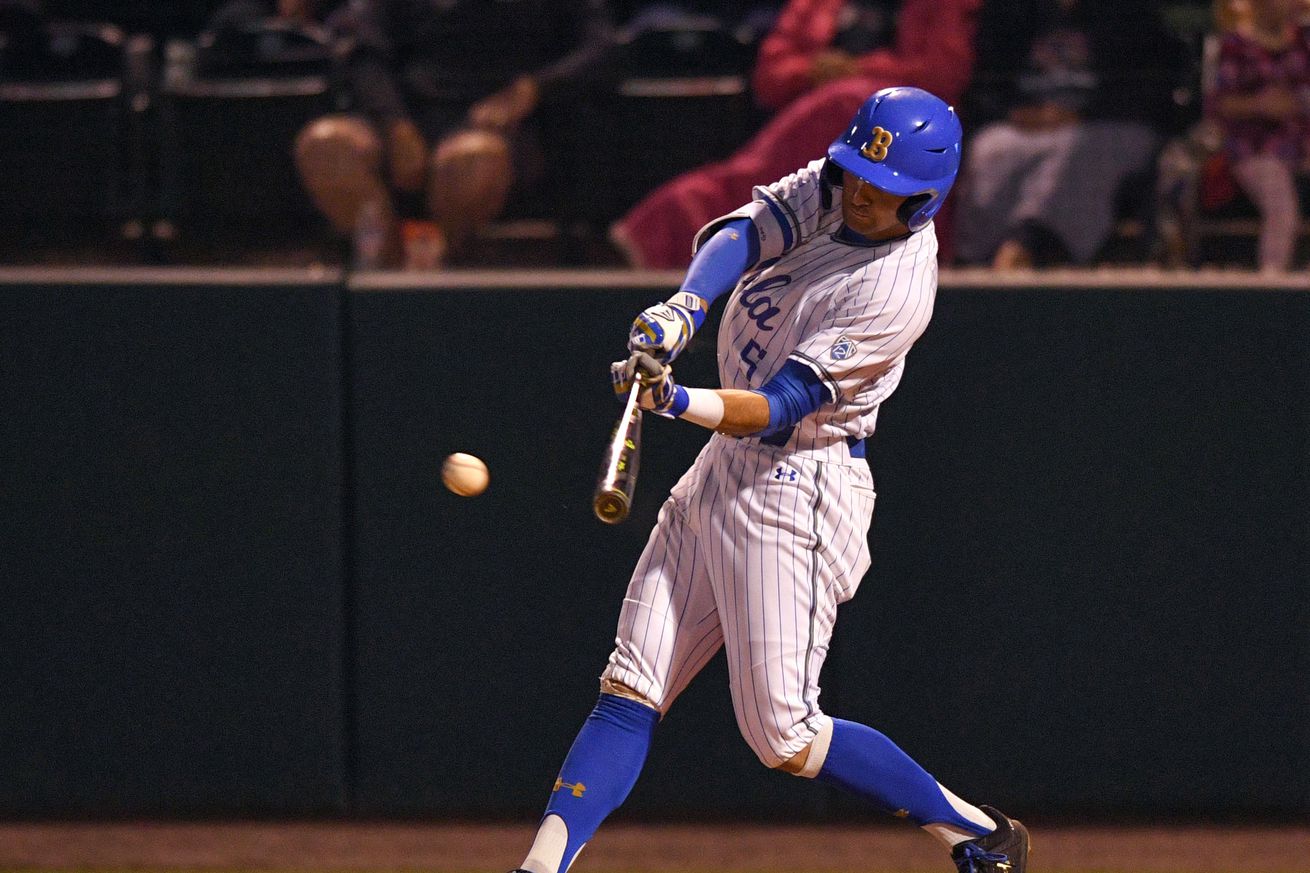 Mitchell has the potential to be either the most impactful player from this year’s draft class or the biggest bust due to Type 1 diabetes.

One of the biggest story lines of the 2020 MLB Draft will be the eventual destination for UCLA outfielder Garrett Mitchell. Mitchell has some of the best tools for any position player in the class with the ceiling of being one of the game’s best five-tool players. However he also comes with significant risk due to battling Type-1 Diabetes and concerns about how his power will translate into games. Those two factors may end up causing him to take a potentially big fall in the draft from the Top 5 to possibly the middle or end of the first round.

The overall tools are what make Mitchell a polarizing player because of the upside. He has the potential to be one of the game’s best center fielders, both offensively and defensively, thanks to elite speed, arm strength, and hit tools. His swing is more oriented towards line drive contact, which minimizes the value of his plus power that he showcases in batting practice. Teams picking in the Top 10 probably don’t want to be too interested in making big swing changes, although the D-backs took Pavin Smith three years ago with that in mind. In the Pavin Smith saga, the D-backs have had varying degrees of success in trying to improve his swing to tap into more power.

Three years later, the team could be in a similar situation with Mitchell. Mitchell’s swing is probably the least bit of concern for the team that drafts him, because even with average game power he’ll be an impact player, the question will be if his diabetes will prevent him from reaching his ceiling. So far, the answer has been no although the lack of a college season and inability for teams to see medical information prior to the draft could be a problem. Given a strong sophomore season in 2019 though, MLB teams have a pretty decent idea of what he can offer them.

I don’t think he’ll make it to the D-backs pick at 18, but in the 1% chance that he does it could mean that teams are uncomfortable with his medicals. The organization is rife with left-handed hitting outfielders from the previous three drafts, but Mitchell has a stronger tool set than Corbin Carroll or Alek Thomas, although much more significant risk than the two youngsters. At 18, the team should chase upside in talent and worry about safer profiles later on in the draft. I don’t believe Mitchell has as much leverage to not sign because his draft stock isn’t going to improve much by playing another season at UCLA.