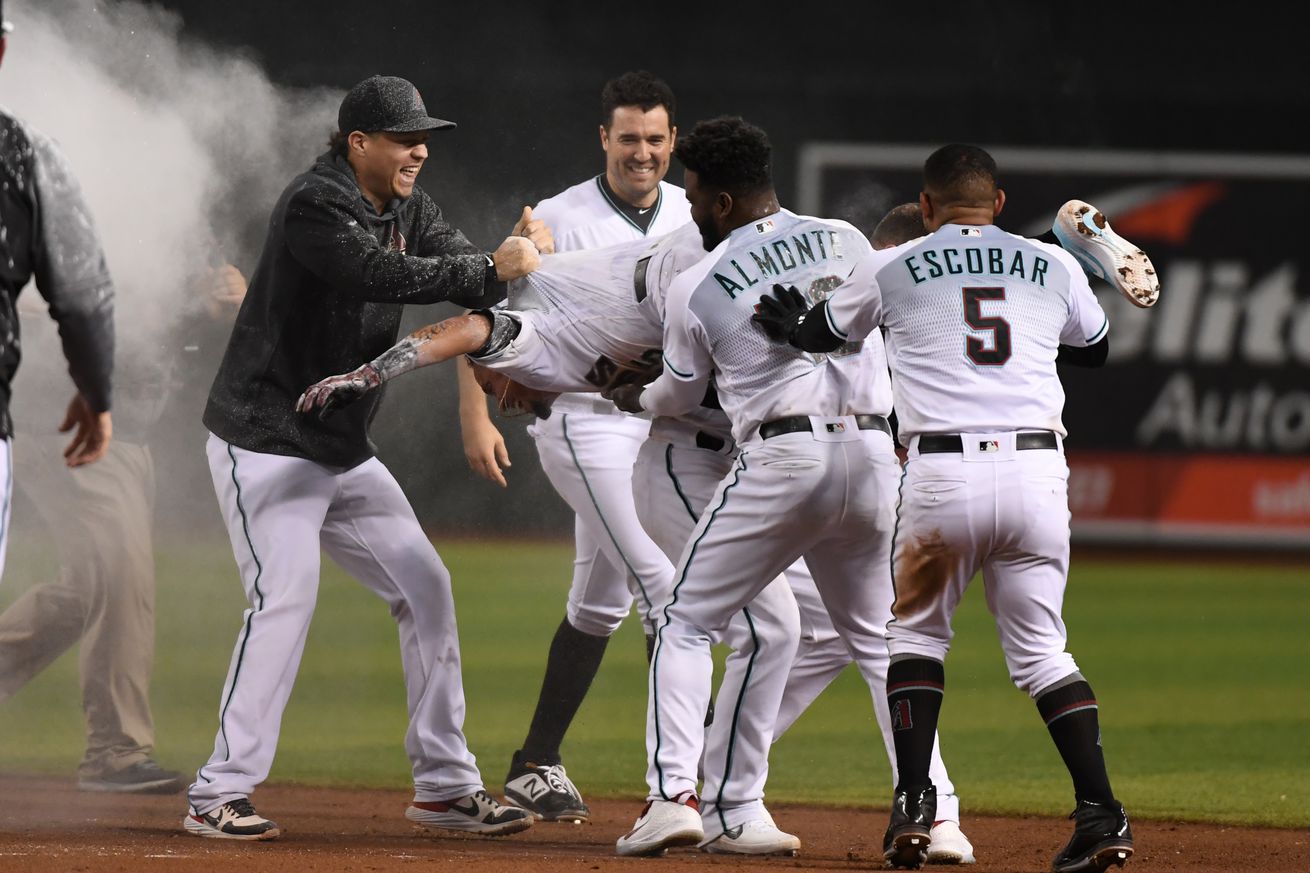 Our staff chip in with their predictions.

Ketel Marte ascends even closer to godhood and Gallen becomes the ace we know he can be.

There’s plenty of talent and depth across Arizona’s roster. If the rotation stays healthy with the addition of Madison Bumgarner, it can pay dividends toward the shortened season. Oh, and having someone like Starling Marte patrolling center field doesn’t hurt either.

I am hopeful cohesiveness, good leadership, and hunger on the part of the players keeps them fighting hard even if they get off to a slowish start.

I feel as if the D-backs start off hot typically and since it is a shortened season that should help with the win totals, obviously. I also believe the clubhouse will keep the corona out by following Lord Torey’s expectations for off the field activities, etc.

I’m being optimistic here, assuming that they will actually be able to complete a 60-game season. In some regards, recent testing is making that look possible. Then, there’s Toronto’s issue of not being able to play in Canada and the fact that ten teams (1/3 of MLB) currently play in states with escalating COVID cases. I’ve given up trying to figure it all out though. It is clear that Manfred is going to press ahead regardless of how dire things get. With that in mind, I really like Arizona’s rotation, especially 3-6. I think that part of the equation should help them stay above .500. If they can stay relatively healthy, they should probably be able to eek out a few more wins through that as well.

Making any sort of prediction feels somewhat fruitless to me. There is going to be no margin for error, so I’m putting no weight to my answer given here. If the players make responsible choices off the field during this pandemic, and the traditional injury bug doesn’t hit too hard, the Diamondbacks could be one of the better teams in the league during a shortened season. Strange times, but I’m looking forward to the return of baseball.

Personally, I feel like we have a good team. Our core is getting better and better, specifically Marte who has been damn near impossible to get out in Summer Camp. I think our rotation is going to be sneaky good, and we should be able to get a “full season” if Luke Weaver, something that wasn’t going to happen before.

I’m also encouraged by the leadership I’ve been seeing from the vets, regarding COVID. Keeping the trips to the COVID List is going to be key, but achievable with strong leadership.

In all, I really only see the Dodgers as a threat in this division, and playing almost 2/3s of our games against the Padres, Giants, and Rockies should help pad that win total. I think with a bit of luck, we can make some noise this season.

Mike Hazen built the farm while keeping the team competitive. Based on recent acquisitions, this season is different. While it’s not now-or-never, I’m convinced this season is go-for-it (postseason). Go-for-it is the best explanation of last July’s trade of top-100-prospect Jazz Chrisholm to acquire Zac Gallen who can contribute immediately. Other indicators of go-for-it were acquiring Madison Bumgarner and Starling Marte. The timing was excellent; go-for-it happened when anything could happen in a 60 game season..

The unexpectedly sudden re-start to the season means that on 23 July many starting pitchers will not have fully-built-up the number-of-innings they can pitch. Also, pitchers who catch COVID could lose a large percentage of their season. For those two reasons, one key to team success will be rotation depth, which the Diamondbacks have despite losing Mike Leake. .

When the Diamondbacks win 33 games, it won’t be from the excitement of being underdogs. It will be about inspired players (thank you Torey Lovullo). It will be about mastering the little details that ripple into winning big moments. Those moments will tell the story about each and every win. .

So, how did I predict 33 wins? My approach was different than previous years.

I had the team winning 87 games over a 162-game regular season, so I’m pro-rating this to 32. The team should be competing for a wild card spot, possibly the division if they get to a hot start.

I have no idea whatsoever how this 60-game sprint is gonna go, but I feel good about our slate of position players, good about our coaching, and good about the competence (if not the depth) of our starting rotation. I feel like 35-25 is an optimistic projection, though as I just typed that I realized that’s it’s probably not. Whatever. So be it. It’s dark times, and in surviving thus far I’ve found it’s better for my ongoing psychological well-being to temper my hopes and expectations, and to set the bar relatively low. Tra la.

Do the Diamondbacks have a single hole in the roster? Offensively, I expect that almost every position will, at worst, produce at a league average rate. Ketel Marte is for real, and I’m excited to see what Starling Marte can do in center field. On the pitching side, I believe that the D-Backs will outperform their projections. Fangraphs has the starting rotation at #20 in their positional power rankings; I would be shocked if the team finishes below #12. I’m a bit skeptical of Bumgarner, but I expect Robbie Ray to continue his steadiness, Luke Weaver to return strong from injury, and Zac Gallen to pick up a couple of Cy Young votes. The D-Backs will give the Dodgers a run at the NL West crown, but ultimately end up in the Wild Card game.

There’s obviously a wide potential variation, bigger in a 60-game season than a regular one. I can, realistically, see scenarios for almost any tally between twenty and forty wins for the Diamondbacks. Health is going to be the biggest factor: not just COVID-19, but the impact of general baseball injuries as well. While wear and tear may be less, even a few games missed will be force multiplied by the shortness of the schedule. Still, if the D-backs can avoid this, they have a good rotation and solid starting line-up. My biggest worry is probably the bullpen, and they will play a bigger role than usual too. But especially if they get off to a good start, I’m optimistic they can be at least in the hunt for a wild-card spot.

The average across the 12 contributors above was 33.75 wins. Now, it’s time for you to predict how many wins the Diamondbacks will have, in this strangest of all seasons. The poll below provides some rough bands, but you are encouraged to pick a particular number and post it in the comments with your reasoning. That’s the only way you’ll get to claim bragging rights at year end, if your prediction turns out to be accurate!