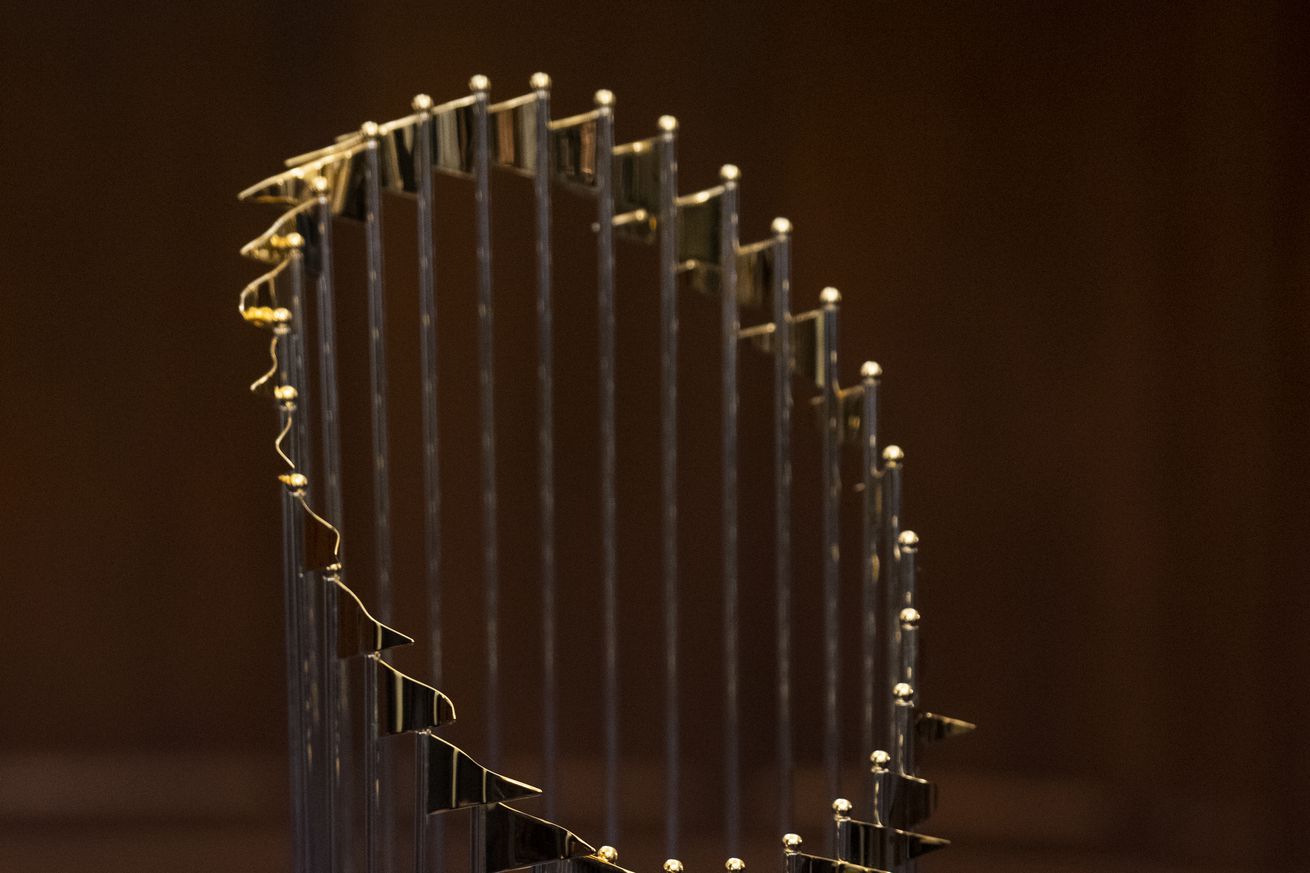 With every day that passes. any 2020 baseball season gets shorter. How will that impact team chances?

Baseball is perhaps the most random of the major sports, an exercise in chaos theory put into practice. The difference between a grand-slam and a lazy fly-ball can be an inch in pitch location, or less than that for the contact point on the bat. Sum all these events over the course of nine innings, and it’s an absolute truth that, in the major leagues, any team can win on any given day. We’ve seen that in the World Series of Arizona Diamondbacks tournament, and we’ve also seen that throughout team history. Remember Archie Bradley in his debut, beating Clayton Kershaw? Or the way Torey Lovullo’s B-lineups regularly seemed to crush the opposition, despite loud, vociferous whining from the Tw*tt*r?

This becomes especially obvious in the playoffs, where teams with the best regular season record don’t usually win the World Series. We saw the Nationals win it all last year, despite having only the eighth-best record in the majors, Similarly, when the Diamondbacks won in 2001, five of the seven other teams in the post-season had more wins. The Seattle Mariners were “better” than the Diamondbacks by twenty-five games that year – and they didn’t even reach the World Series. [That might be a fun exercise down the road: simulate that potential match-up to see how it could have gone, if the Mariners had been able to knock off the Yankees in the ALCS]

As a result, the MLB season is the longest for any professional sports league in the world that I’ve been able to find. Its 162 games are twice as many as the NHL or NBA have in their regular season, and more than ten times the current length of an NFL season. It takes that many games for baseball to truly sort out the wheat from the chaff. Even the worst MLB team will typically win at least one-third of its games, and even the best will lose one-third, a far higher percentage than the other sports. It’s what happens in the remaining contests that determines everything. But if there is baseball at all this year, we will get only a small fraction of the usual schedule. Will that devalue the playoff teams?

A shorter schedule does make it easier for a team to “luck” into a post-season spot. Let’s imagine a team with exactly a .500 chance of winning each time they play. Over a 162-game season, they have a 9.07% chance of winning 90 or more games, purely by chance. Now, let’s cut both of those numbers to one-third. Over a 54-game season, what are the odds of them winning 30 or more games? It balloons significantly, to 24.83%, almost a one-in-four shot, rather than one-in-eleven. Of course, this works in the other direction as well: they are equally likely to lose thirty or more games, just by chance. But this randomness may work in the Diamondbacks’ favor.

In 2019, the team’s best 54-game stretch was between July 5 and September 7, when they went 32-22. They also had an entirely separate 30-24 spell, from April 16 through June 13. Conversely, their worst streak was 23-31 from May 5/6 until July 2/3. You can do similar parsing of the season for virtually anyone else. Most obviously, the World Series winning Nationals, started the year off a dismal 22-32, before turning things around dramatically. Even the dismal Orioles, who lost 108 games, had a 54-game stretch where they were… Uh, their best was actually only 23-31, so never mind. Still, this does perhaps show that quality will still tend to out, even over only one-third of a season.

To look into that, I sliced each of the past five seasons into three equal chunks. For each third, I determined who the ten playoff teams would have been, had those 54 games been the only ones played, and compared them to the actual sides who made the postseason that year. The chart below shows the results, for those fifteen sample mini-seasons. Teams marked with an X made it in. Teams marked with an X* were in a tie for a playoff spot. For example, over the final third of last year in the NL, the division winners were the Dodgers (37 wins), Nationals (36), and either the Cardinals or Brewers (33). The wild-cards went to Atlanta (34), and one of the Cardinals, Brewers or Mets (also 33).

That’s actually one of the appeals of the short sprint version: the potential for chaos and carnage at the end of the year. Unpacking a situation like the above would be… interesting. The Cardinals and Brewers would have to playoff to determine the NL Central winner, with the loser then facing the Mets to determine the second wild-card. And that’s before the playoffs actually start. It would likely make for a fascinating final week, as it’s a lot harder to build an insurmountable lead over a drastically-shorter time-frame. If the season is only two months long, it’ll certainly mean teams can’t be out of it for the final two months. [The Orioles probably say: challenge accepted…] Anyway, here’s that chart.

[Disclaimer: figuring this out was a real chore, and I make no guarantees as to its absolute accuracy!]

You can see, in some cases, it doesn’t matter. The 2019 Dodgers were remarkably consistent: they didn’t have ANY 54-game streak over the entire season, where they played worse than 32-22. But the previous year? Not so much. The 2018 Dodgers were only 25-29 through the front third of the year, so would have whiffed entirely. Even going 32-22 in the final third wouldn’t have been enough to make it. They would have lost the NL West to the Rockies (33 wins) by a single game, and the wild-card would have been played between the Cardinals and Cubs, both with 33 wins. But overall, you can see that most playoff teams have at least two out of three good “mini-seasons”.

This gives us a sample of 150: three mini-seasons for each of the ten playoff clubs, over a five-year period. We find that in 116 cases, the playoff team would still have qualified at least into a play-in game for the post-season, on the basis of their record over the 54 games in question. Obviously it varies, from a low of six out of ten, to a high of 10/10 [the final third of the 2019 season was perfect, as far as predicting playoff teams went] But the overall figure of 77.3% is probably higher than I would have expected. Basically, it means that a 54-game season is close to good enough, under the current system, to determine accurately eight out of the ten playoff teams. The remaining 108 games are all about the final two spots.

On that basis, a 54-game season, while not ideal, does actually seem adequate, in terms of generally identifying the best teams. At least, it’s probably no greater a problem than opening the playoffs with a best-of-five division series.