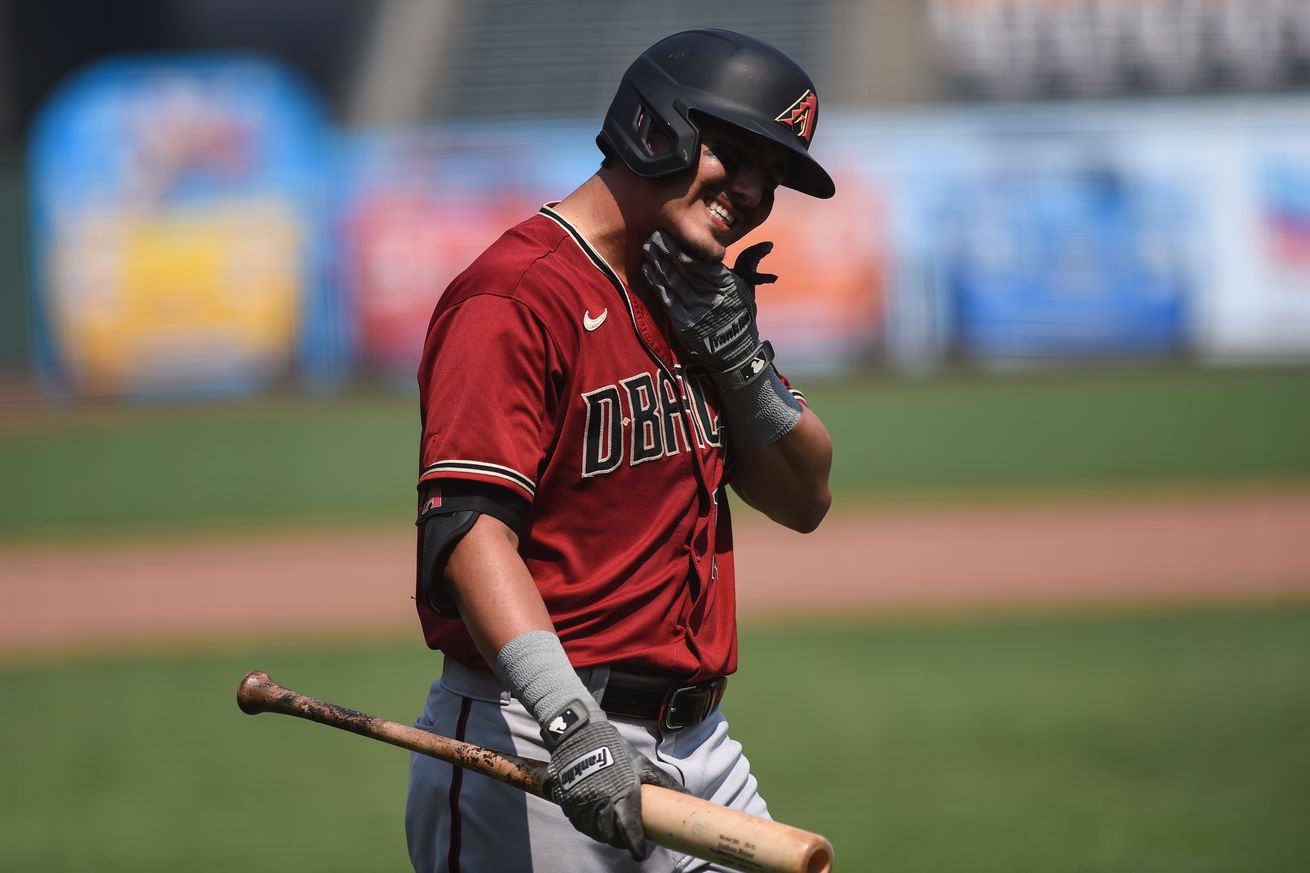 It’s certainly not far off.

After yesterday’s defeat, the 2020 Diamondbacks are at .232/.306/.367, an OPS this year of .673. As a yardstick, that exactly matches the career OPS of one of the 2001 World Series champions. Yep, the D-backs this year are collectively batting like… Tony Womack. Only, without the speed – Arizona are stealing bases at the lowest rate in franchise history, despite having the fastest man in baseball on the roster [Tim Locastro has one SB attempt this year]. If their hitting is sustained through the end of the year, now less than three weeks away, it would become the lowest OPS in franchise history, surpassing the previous worst figure of .678, set in 2014. And the signs aren’t good.

Since sweeping the Athletics in a two-game series at Chase Field on August 17-18, the Diamondbacks have lost fifteen of seventeen games. The offense has been largely to blame for this, averaging 2.7 runs per game, while batting .194. Things are probably only to get worse over the final nineteen games of the season. For at the deadline, Arizona traded away Starling Marte, whose 121 OPS+ led the team, leaving Ketel Marte (120) and Christian Walker (105) the only men on the current roster, regardless of at-bats, with an OPS+ over 100. While a relatively small sample size, in the six games played since the trade deadline, Arizona’s OPS has been .606, and they have gone 4-for-44 with runners in scoring position.

Meanwhile, in Jon Jay and Jake Lamb, there are two men with non-trivial playing time (40+ PA), currently batting below .120. The only other D-backs’ position player ever to manage that was Bernard Gilkey in 2000, and he needed a seeing-eye dog to find home-plate. Even the D-backs that are performing well in one area are struggling in others. Over a full campaign, Kole Calhoun would be on pace for 30+ home-runs. Yet he is batting below the Uecker Line at .197, a double done just once in major-league history, by… O HAI Mark Reynolds’s 2010.

You could make an argument that the team has been somewhat unlucky; their BA on balls in play of .275 is well below league average of .292. But this figure seems largely a function of the hitters’ poor quality of contact. While Arizona’s average exit velocity of 88.1 mph and launch angle of 12.1% are both middle of the pack, it’s been finding the sweet spot combining the two which has proved problematic. Statcast calls those well-struck balls, most likely to become extra-base hits, “barrels”. Arizona has only 57 of those all season, a 5.4% barrel rate which is the worst in the majors.

Similarly, their line-drive rate of 27.0% is second-lowest. When you’re not making solid contact, balls in play are more likely to become outs. What’s interesting is the way the D-backs this season seem to be failing to recognize the pitches on which they should be feasting. Baseball Savant tracks “meatballs”, pitches thrown right down the middle. No team in the National League swings less often at those than the D-backs.

There are a couple of seasons which could also make a plausible claim to being worse offensive for Arizona. The team is currently scoring 4.02 runs per game, and in both 2014 and 2004, they were comfortably below four, at 3.80 in each. And the game was considerably more offensively minded in 2004, meaning that year’s overall OPS+ of 77 does beat out this season’s figure of 79. However, they had pitchers batting, rather than the designated hitter. Currently, that spot is producing a .683 OPS for the 2020 D-backs, which if not amazing, is certainly better than 2004’s pitchers. The non-pitchers that season had an OPS+ of 82, so by that measure, this year is indeed the worst ever hitting D-backs’ team.