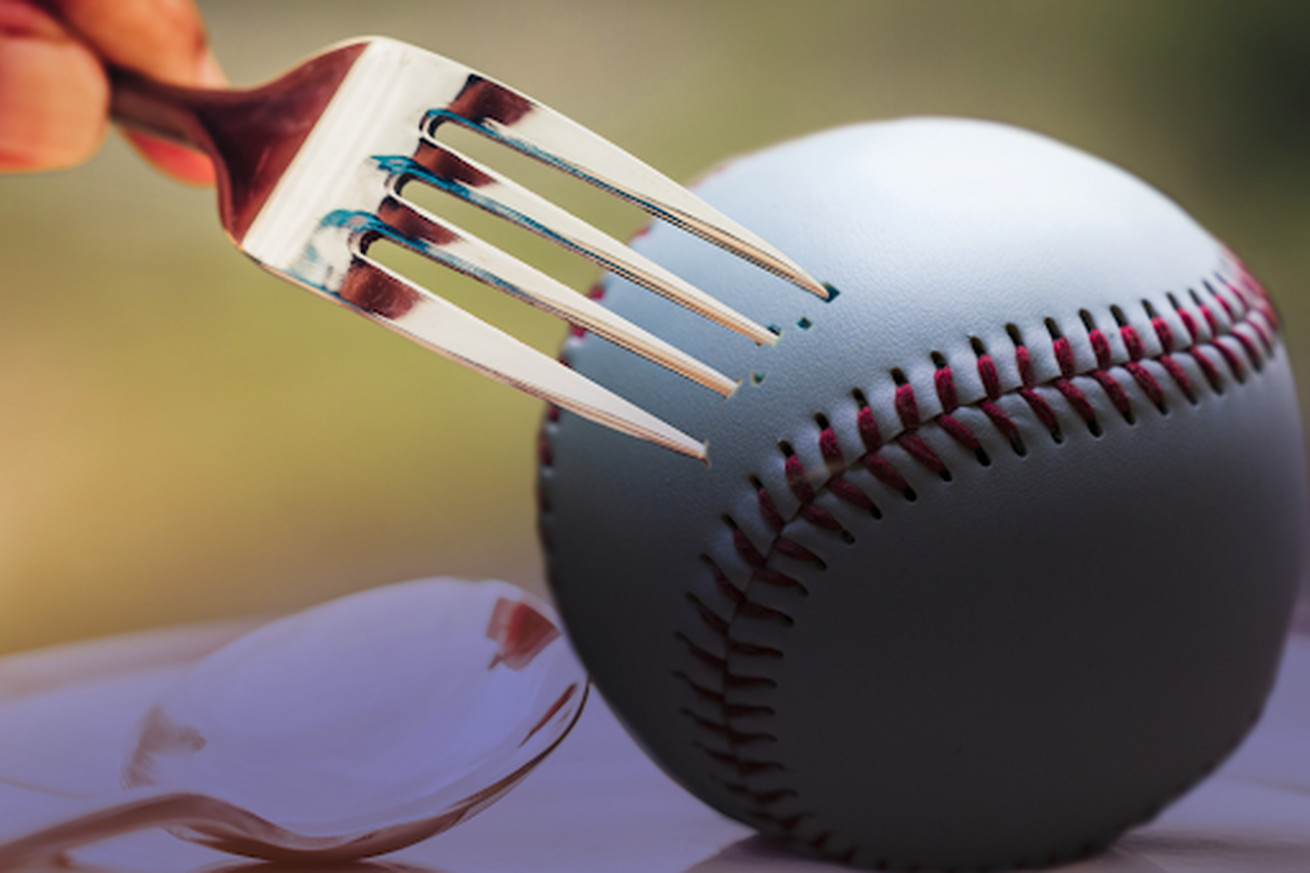 The last 48 hours have brought both positivity that the game would return and even bigger reasons why it should not.

Full disclosure: This started out as a follow-up to my last article about Rob Manfred and his authority to mandate a season. The point of this follow-up was to present a perspective on the issue from some players and from some people that talk to other, well-placed people in MLB front offices. For all the hate Tony Clark has received since taking over leadership of the MLBPA, he brought forth a master stroke when he positioned the players in united front of, “Tell us where and when.”

Frankly, the move gave the players both a great deal of power and washed them clean in the court of public relations. The players’ mandate to Manfred to get off his duff and to mandate a season already, put the ball squarely in Manfred’s court while leaving him with no place to hide. Despite the potential pitfalls of mandating a season, the players made sure Manfred was left with little choice but to follow through on his veiled threat. Many high profile players from around the league took to social media to repeat the challenge, “Tell us where and when.”

Commissioner Manfred took this ultimatum to MLB ownership. That’s the moment where the situation went from hinting at some discord among the ownership group to putting the discord on display. Whereas the players were showing a united front the likes of which had been unseen since 1994, ownership interests were far less united in how to proceed. It is then, that Manfred was forced to do a complete 180 on his stance of guaranteeing a season.

“The owners are 100 percent committed to getting baseball back on the field. Unfortunately, I can’t tell you that I’m 100 percent certain that’s gonna happen.”

That ownership was 100 percent committed to playing baseball was rather disingenuous on his part, given that a concurrent story to his statement was that there was now a significant block of owners ready to call the season off. Manfred was set to meet with ownership this week and get a vote on restarting the season. He would have the authority to mandate a season so long as there were no more than seven owners who dissented. There was speculation (with some second-hand “confirmation”) that there were no fewer than five or six owners firmly in the camp of cancelling the 2020 season. This waffling by Manfred and ownership brought Tony Clark back out.

“Players are disgusted that after Rob Manfred unequivocally told players and fans that there would “100%” be a 2020 season, he has decided to go back on his word and is now threatening to cancel the entire season.”

Once again, players took to social media to make sure the world saw it was ownership walking back on their word of holding a 2020 season. All this came on the heels of MLB and Turner sports announcing that they had reached a multi-billion dollar deal to broadcast LCS games. This would bring in $470 million per season from 2022-2028. Ownership was being handed their lunch – and they knew it.

With ownership no longer publicly united, quick action was needed. A growing faction was ready to cancel the season. Another faction, including the Nationals and Yankees, were entirely prepared to pay the full pro-rated salaries for whatever season was mandated. Then there were those that were waffling in their decision about which group to take sides with. Enter Randy Levine, President of the New York Yankees. Levine publicly called for Manfred to get back into the ring with Tony Clark and to take the hits as part of the process of getting a season underway.

Wednesday, under a cloak of some secrecy, Rob Manfred and Tony Clark came together in Phoenix, Arizona for in-person talks. It seemed the players were going to get what they asked for as Manfred came to the table ready to make a season happen at 60+ games, rather than the threatened 48-50. The season would include 100% of pro-rated salaries. The season would begin on July 19th and include an expanded postseason, both in 2020 and in 2021. The players would get a cut of that playoff revenue, increasing their overall take. They would also have $33 million of the $170 million advance from the owners forgiven.

All Tony Clark had to do was sign on the dotted line. Oh, and he had to agree that players would forfeit their right to sue ownership over the 2020 season. We were so close.

Tony Clark sat at the same table, holding all the cards. All he had to do was take this proposal to the executive committee and ask about that final clause. While it is unclear if the players would have given up their right to sue (they almost certainly would not have), it is fair to think that they would have agreed to the proposal in principle, so long as it was a mutual forfeiture of right to sue. But then, Tony Clark waffled and overplayed his hand. We were so close.

Instead of taking the proposed season to the players, giving them the where and when that they had spent the last three days demanding, Clark decided to re-open negotiations, pushing for more games and various other, rather trivial items.

By the time all this went down, the world had become aware that the meeting was taking place. Insiders were “leaking” information about the progress of the negotiations. At the end of the day, Manfred got up from the table and then made the public announcement that there was, “a jointly developed framework that we agreed could form the basis of an agreement.” Only moments later, Clark walked away from the same table assuring everyone that nothing was close. Shortly after that, the following was released.

We delivered to Major League Baseball today a counter-proposal based on a 70-game season, which among a number of issues, includes expanded playoffs for both 2020 and 2021. We believe this offer represents the basis for an agreement on resumption of play.

This turn of events brought ire from both sides of the negotiations. There are now rumblings that there could be as many as 11 owners ready to call off the season entirely. They point out that the players must have been posturing when they made their ultimatum. On the other side of the table, the players are furious with Clark. They have been standing as a united front with their when and where position, only to have Clark suddenly re-open negotiations. Negotiations were supposed to be over. The result of all this, with both sides now mad as ever, is that we are now right back where we were at the beginning of the week, except without either side having a shred of credibility left. No longer can the players hold the owners to the where and when ultimatum. No longer can the owners trust Manfred to get a deal done. Nor can they claim they fully capitulated, not when they tried to slide a major clause in as a matter of fine print.

Had Clark taken the owners’ proposal to the players and then returned with the response to make the forfeiture of right to sue a mutual one, we would almost certainly have seen an announcement that there would be baseball beginning on July 19th.

Of course, that announcement would then have been burned in effigy as well. The elephant in the room finally spoke up. While the MLBPA and owners have been publicly bickering about the financials of playing baseball in 2020, precious little time and energy has been spent on putting together a comprehensive plan to play said season in the summer of COVID-19. This morning, the Philadelphia Phillies officially acknowledged a report that at least five players and three members of the team staff have tested positive for COVID-19. 32 more members (20 players and 12 staff) are still awaiting results of their tests.

The owners have run out of places to hide. The players no longer have firm ground to stand on and apparently cannot trust in Tony Clark to stand firmly by his remarks. On top of that, as has always been the case, COVID-19 has had the last word. That word from the pandemic is that MLB and the MLBPA had best check themselves.

It didn’t all have to go down like this. The two sides could have had all the contentious financially-driven meetings they wanted behind closed doors. If they had kept the discussions reaching the public eyes and ears focused on the risks and issues involved with health and safety protocols, they could have, at any point they wanted, called off the season and used COVID-19 as a completely acceptable premise. While many fans and employees of the game would have been disappointed, there would have been near-universal understanding. It wouldn’t have even mattered if those health and safety concerns were true. Money concerns could still have been the real reason for the cancellation, but at the public face of the issue would have been COVID-19. After all, it was the virus that brought these issues out to begin with. SO, in a way at least, COVID honestly would have been the culprit. But they didn’t go down that path. Instead, both sides decided to let the 2021-22 CBA negotiations get brought up now, in the present. They decided to go down a dark path from which there is no longer any chance of either side coming out without two black eyes and missing some teeth.

It is clear that, no matter what sort of season might have ever been agreed upon, that there would not be regular season games in October. That leaves very few days left on the calendar for all the issues to be resolved before everyone gets back to work if there is going to be a 2020 season. Unfortunately, the owners cannot be trusted at the negotiating table. Tony Clark cannot be trusted at the negotiating table. The one thing that can be trusted/counted on, is that COVID-19 is far from done with the world or with throwing a wrench in the works.