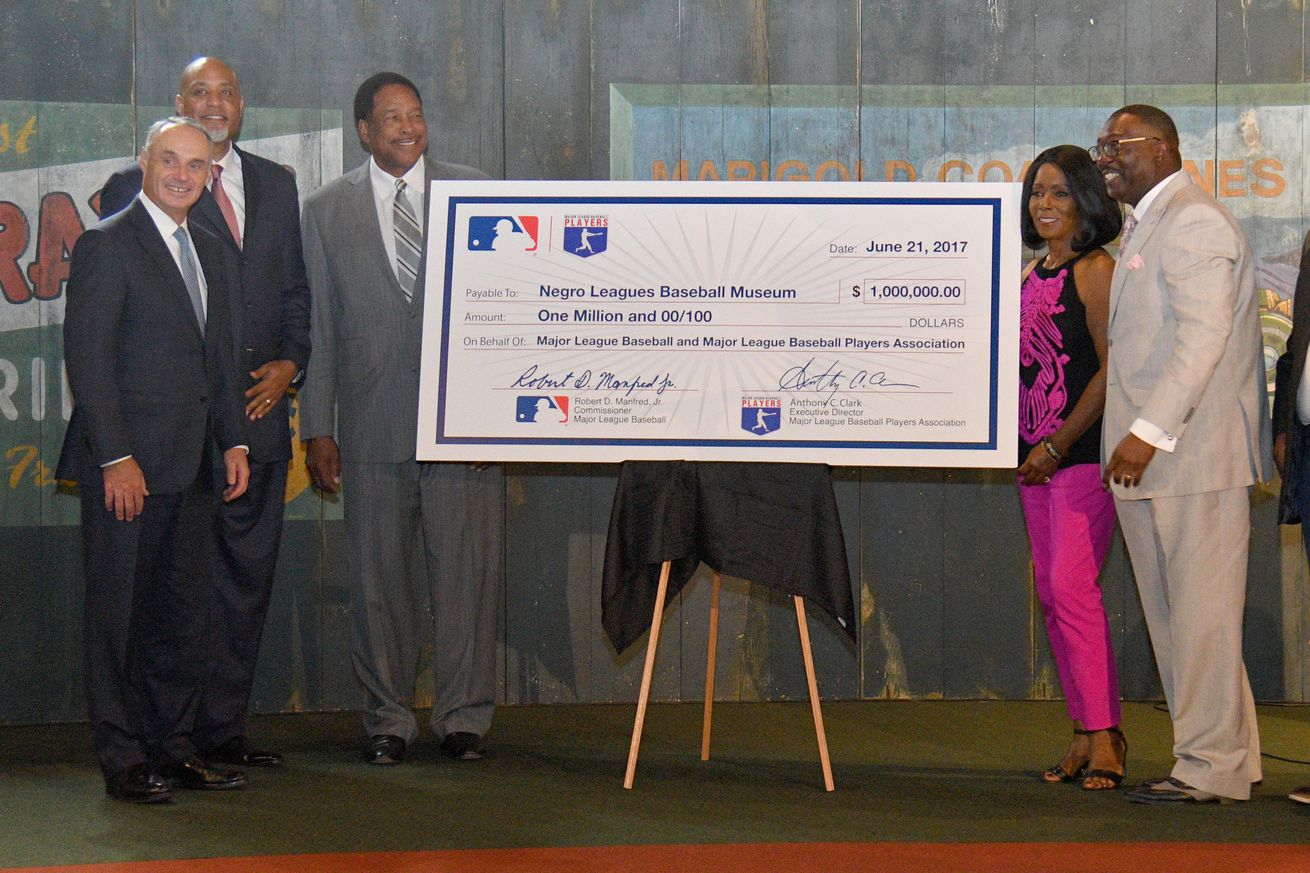 Both MLB and the MLBPA are trying to come up with an agreement on how the 2020 season will play out. Some of the topics include service time implications, how players are paid during the shutdown, the length of the season, and handling the situation of teams who play in cities heavily affected by the virus.

The outbreak of the Novel Coronavirus has put baseball and all major team sports in a temporary hiatus, with no timetable of when to return. While Major League Baseball is dealing with the fallout of the outbreak, they are also negotiating with the Players’ Association over how the 2020 season will be handled. The topics include the timeline to start the season, number of games, service time implications, playing postseason games at neutral sites, and how players will be paid during the shutdown.

In the last 24 hours, the Athletic and ESPN have both published their own respective articles about how both sides are dealing with the shutdown and negotiating over how to proceed once the season resumes. The ESPN piece, authored by Jeff Passan and Kiley McDaniel, focus on the macro side of baseball and how the games will be played and the players paid. Ken Rosenthal focuses more on the potential service time implications, the primary basis for how players are compensated, for a shortened season.

From both articles, MLB reportedly offered a $150MM advance to pay the players during the shutdown. The $150MM offered by MLB would be divided up the Players’ Association between four different classes of players:

In the event that the entire season is cancelled, the players would not have to repay that money MLB. Since we’re in a national state of emergency as a result of the Coronavirus outbreak, a clause in the uniform player contract allows for MLB commissioner Rob Manfred to unilaterally suspend all contracts but that’s very unlikely to happen.

The biggest impediment in the negotiations come down to the doomsday situation where the entire 2020 season is cancelled. I’m not sure what the service time implications would be if there are no games played in 2020, although it seems more likely that players would not accrue a year towards free agency. With Mookie Betts, Trevor Bauer, and Robbie Ray headlining the 2021 free agent class, how this plays out will have major ramifications for baseball.

In abidance with CDC recommendations, MLB is not likely resuming any baseball games until at least May 10th. When accounting for the need for players to ramp up and get ready for the season, we could be looking at a June or July start date. Passan and McDaniels’ are also reporting both MLB and the MLBPA are also bracing for these possibilities:

With the possibility of a shortened season, one of the more contentious issues to resolve is service time implications. According to Rosenthal, players who spend the entire year on their team’s active roster would be able to accrue a full year of service towards arbitration and free agency. Rosenthal also reports that owners and players are trying to figure out a solution to get as many games in as possible. Some of the ideas being floated about include doubleheaders, reducing the number of rest days during the All-Star Break, and extending the regular season into October.

Whenever the two sides come up with a deal to set up the 2020 season, it would have to be approved by the owners and the player reps for the union. The union sent its proposal to MLB on Tuesday, with both sides hoping to hammer out an agreement by the end of the day.