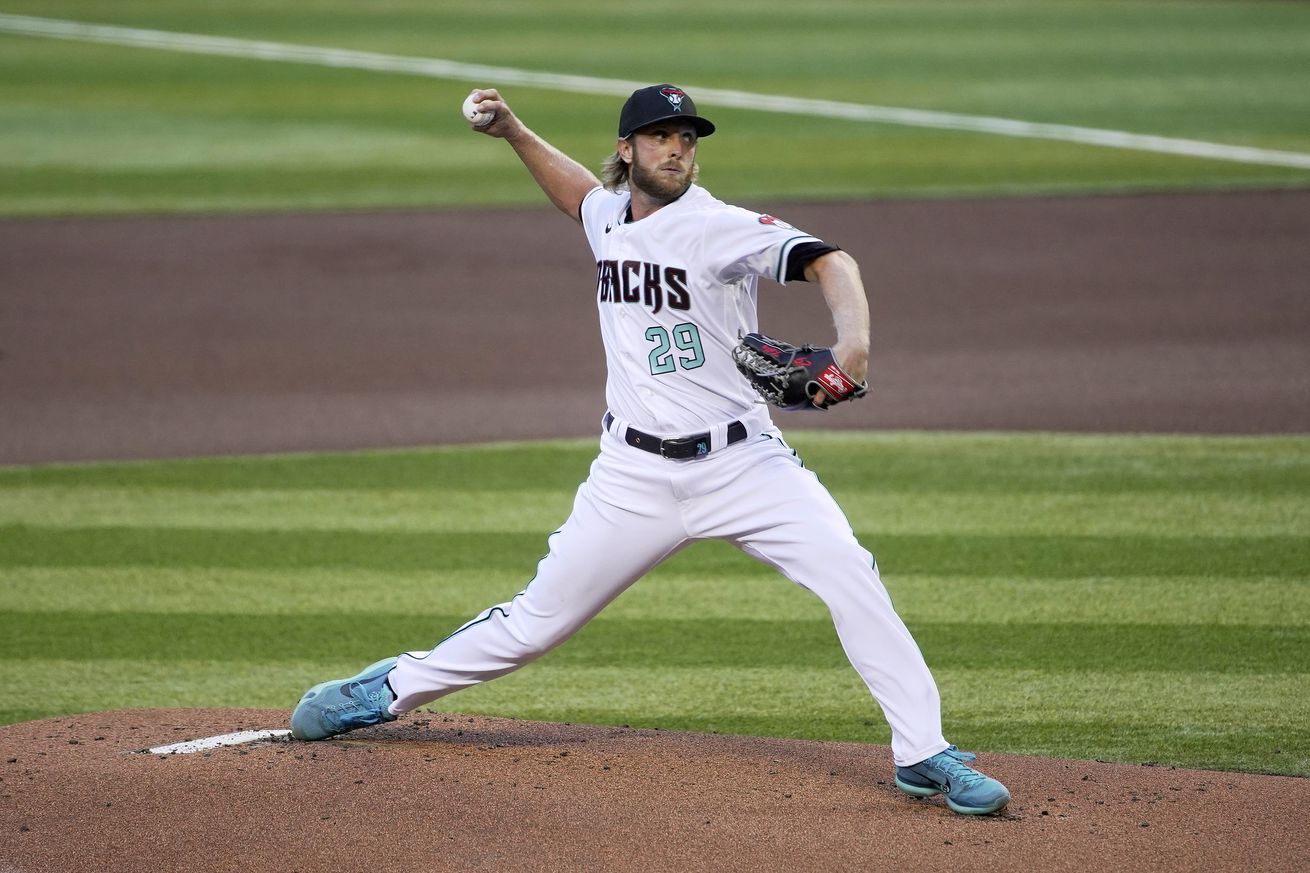 A critical stretch of games before the deadline could determine what the D-backs do at the trade deadline on August 31st.

The Arizona Diamondbacks looked to be one of the teams competing for a potential playoff spot in the National League, but the season became truncated due to the COVID outbreak. The team started off slowly with a 3-8 record against the Padres and Dodgers, but have since found their footing on the season and have evened up their record to 11-11. The team is swinging the bats well, which has overcome terrible performances by every pitcher not named Merrill Kelly, Zac Gallen, Alex Young, Junior Guerra, Stefan Crichton, and Archie Bradley. Off-season acquisitions Kole Calhoun (.237/.326/.526) and Starling Marte (.351/.425/.506) have gotten off to great starts in Arizona, providing more length and pop to this lineup.

The D-backs will see a stretch of fourteen games that will determine whether or not they make additions or subtractions to the MLB roster. This stretch of games will feature a four-game home-and-home series against one of the best teams in baseball in the Oakland A’s, a pair of three-game series (one at home, one on the road) against the last place San Francisco Giants, and a four-game series at Chase against the team they’re chasing in the Colorado Rockies. In this fourteen game stretch, the D-backs need to find a way to win at least eight of them for me to see them as a team who can get past the first round of this year’s expanded postseason. Eight wins in this stretch would put the team at 19-17 at the trade deadline in a year where finishing above .500 gives the team very high odds of getting there.

Going 8-6 in this stretch should not be too difficult for the D-backs to accomplish, the easiest route being don’t lose any of the next four series. This is going to be easier said than done, despite the fact they only play four of those games against teams that were projected to be better than Arizona at the start of this season. The pitching will have to pick things up because the offense is not going to bail them out with 5+ runs a night like they have the past week. Aside from the consistent output the six pitchers I mentioned in the opening paragraph, the team will need to find a way to get the other eight pitchers on the team to provide quality outings for this team to sustain their recent run of success. If not, the team could end up limping down this stretch and may be better off selling for near-MLB talent to try to improve their odds in the 2022 and beyond window that should open up as the team’s best prospects are at the top of the system.

In this assumption, the Diamondbacks have won at least eight games and have an eye on at least a second place NL West finish and a possible 4th seed (best record among the second place finishers) to have home field in the opening round of this year’s postseason. The biggest two areas are pitching and adding more reliable production to the designated hitter spot in the lineup. As it stands right now the team’s best option for that job is Andy Young, who has only 18 career plate appearances after his debut earlier this month. Jake Lamb has not impressed in 33 PA, Kevin Cron was optioned to the alternate training site, and Daulton Varsho has had fewer opportunities than Young. The team could take advantage of a rental player on a non-contender, similar to the J.D. Martinez masterstroke from three seasons ago, to push this lineup over the top.

On the pitching side, the easiest fix would be to shore up the bullpen. Archie Bradley, Junior Guerra, and Stefan Crichton have pitched well on the season to date, but have gotten inconsistent or poor performances from the rest of the pen save for a few solid outings by Alex Young. I believe there will be better outings by Andrew Chafin in the future, his numbers are affected by two outings in which he gave up runs and got zero outs (one clunker, one due to poor BABIP luck), but advanced run prevention metrics indicate potential positive regression. The two biggest issues in the bullpen right now are Kevin Ginkel and Hector “Rocket Man” Rondon. Both players have had difficulties retiring hitters, with their numbers featuring the toxic combination high walk rates and bad exit velocity data. Both players have better track records than their 2020 output, so you’re hoping it’s just a bad run.

The starting rotation is also somewhat of a mess, with only Merrill Kelly and Zac Gallen providing stability. The trio of Madison Bumgarner, Robbie Ray, and Luke Weaver have not been effective with the three of them combining for three starts that went at least five innings. In addition to the lack of length, their overall peripherals don’t project any sort of hope barring some kind of fix. They do have some options available to them, one of them including pairing up Weaver and Ray for starts when Bumgarner comes off the IL. The team is stretched thin on starting options already with their projected 6th and 7th starters already in the rotation and no other realistic options to call upon. They don’t need a top of the rotation starter, but an effective middle or back-end rotation starter should be enough to allow the team to get into the expanded postseason.

As we get closer to the deadline and have a better idea of who isn’t in the race, I will be looking at possible deadline acquisitions and put together some hypothetical trade packages.

It would take a really bad run of games for the D-backs to go in on selling with most of the key players under contract for 2021. The only major potential free agent loss was going to be Robbie Ray, although the way he’s pitching it might be an addition instead. The team will likely be listing on players whose contracts expire after the 2021 season. Here’s a rundown of their best trade chips and how moving them affects the organization.

The D-backs really are in a position to either buy or stand pat at the deadline, since almost all of their key players will return in 2021. If the team is able to successfully navigate this 14-game stretch, I like their chances of finishing in the top half of the National League seeding instead of the bottom half. The team has managed to get to 11-11 despite one of the worst-performing pitching staffs in baseball this year and an offense that started ice-cold for the first 11 games of the year. They have the position player talent to compete, the question will be if the pitching comes around enough to push this team over the top. The first game of this stretch starts with a home game against Oakland.