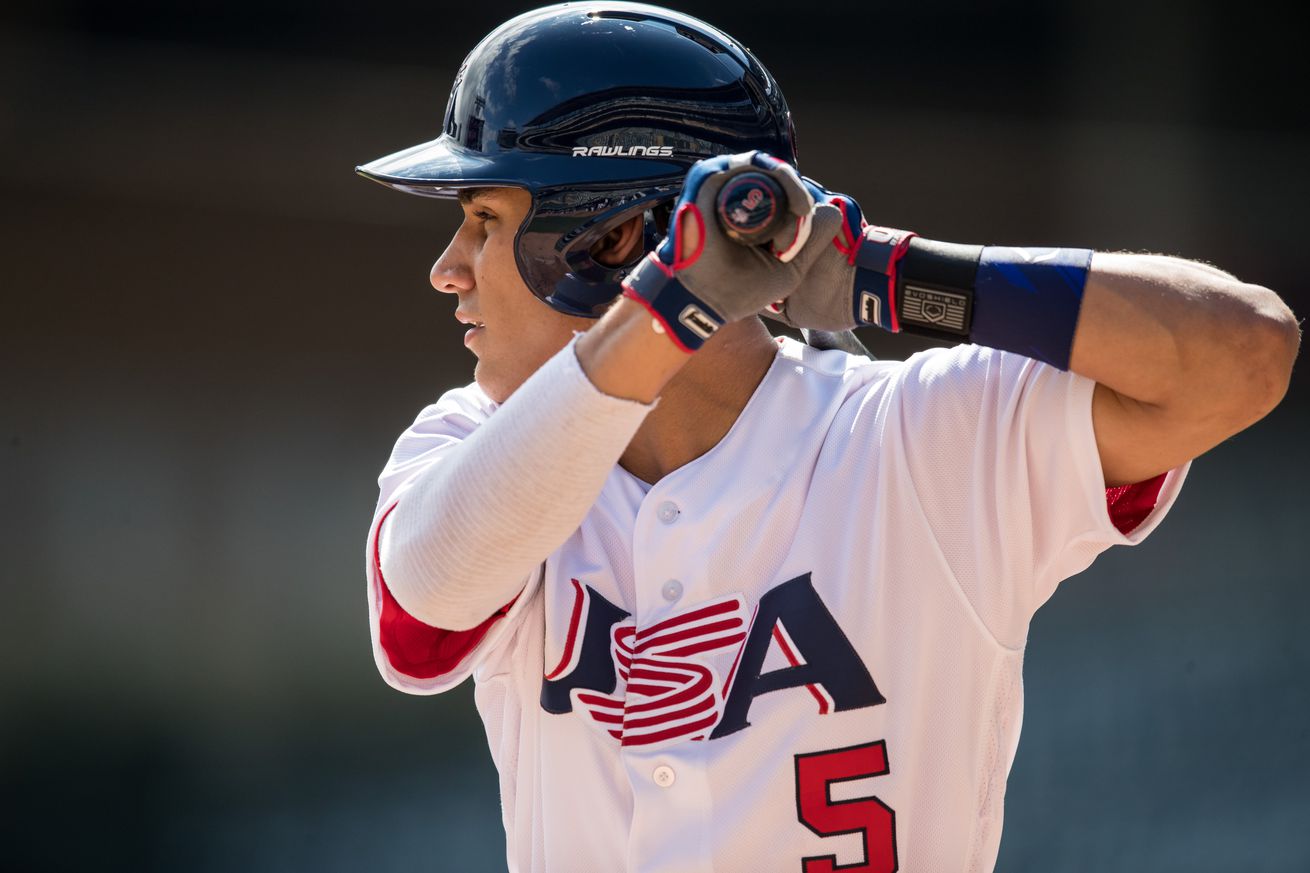 The Arizona Diamondbacks have quickly built one of the best farm systems in baseball.

With the help of international signings, trades and draft picks, Arizona has filled its system with tantalizing young talent over the past two seasons. Arizona’s prospects could present themselves in the major leagues by next season and beyond.

Former big league second baseman Josh Barfield took over as the Diamondbacks’ farm director in 2019, and the system has only increased its depth and potential since.

“Our future looks very bright,” he said. “There’s a lot of interesting prospects and a lot of high-end talent. The system is deep and hopefully we have some guys to build around at the major league level.”

Several prospects can be found on the Diamondbacks’ 60-player pool this season. As each player develops, Barfield grows more impressed by the system’s youth and talent.

“All the young guys have been so impressive,” he said. “They keep developing and we’re excited to see them play. Most of them are entering their second season, so they’re representing themselves well.”

In a typical baseball season, Barfield travels to scout the Diamondbacks minor league affiliates scattered across the country. Instead, Barfield is stationed in Scottsdale to watch the collection of Arizona’s prospects compete against one another in intrasquad scrimmages.

“I think it’s a really unique opportunity for them,” he said. “Being around guys that have played in the big leagues and facing good competition is great for them. They’re getting a lot of reps too, more so that they may get in a normal season.”

Prospects who don’t make their MLB organization’s 60-player pool cannot train with the team this season. Despite the unfortunate circumstances placed upon the 2020 season, the shortened roster size gives Barfield and fellow coaches more time to focus on a player’s strengths.

“You’d like to have a chance for every player to play here but it’s been fun,” he said. “With this smaller group, you get to know guys better and see them play on a daily basis. It gives me a much better feel for the guys.”

Even in a shortened 60-game MLB season, hundreds of prospects are making their major league debuts at a rapid rate. Five players have made their big league debut with the Arizona Diamondbacks this year including Taylor Widener, Daulton Varsho, Andy Young, Jeremy Beasley and Riley Smith.

With the Diamondbacks struggling in the standings, more prospects could make their highly anticipated debut this season.

“Guys are going to get opportunities to play right away,” Barfield said. “The situation we’re in record wise gives some younger players a chance to play to show what they can do.”

The future of Minor League Baseball could look vastly different by next season. Up to 42 minor league affiliates will reportedly be eliminated, cutting 160 teams down to approximately 120. Rookie and Single-Season leagues are expected to be eliminated as well, leaving Low Class A, High Class A, Double-A and Triple-A left in the minor league system.

Regardless of the change to the minor league landscape, Barfield remains confident the D-backs farm system can be ready to produce in the big leagues.

“I don’t even know what it’s going to look like,” he said “We’ll wait and see what happens, and we’ll adjust. Our job is to get these guys ready the best we can, wherever that may be we’ll find a way to get it done.”

As the 2020 season treads along, Diamondbacks prospects will continue to play and grow in Scottsdale. The talent and potential throughout the system may take time to develop, but the end result could produce a steady stream of impact players.

For now, Barfield will temper his excitement of the future and focus on getting them ready for the next level.

“We’re gonna continue to get these guys reps and coach them up to get better,” he said. “It’s been great thus far and we’re going to take advantage of the time we have with them.”